Symphony of the Star (Wars)

Long ago in an Erwin Center far, far away 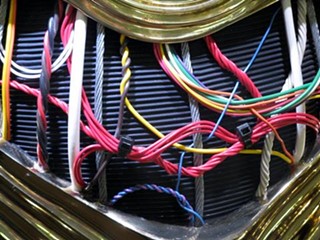 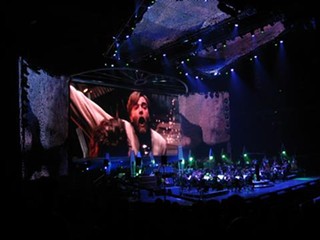 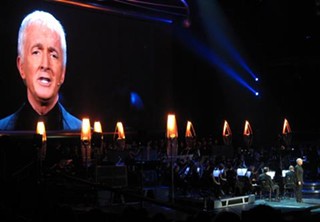 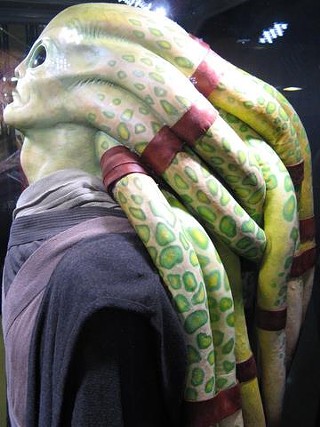 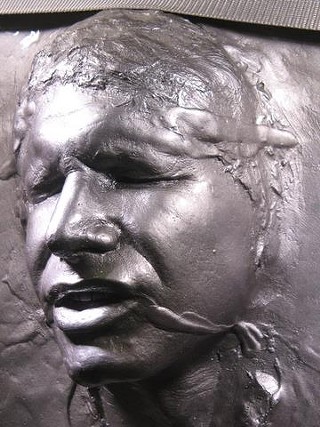 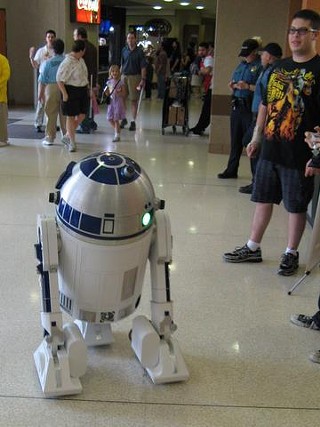 If the clipped, formal and very English voice wasn't a clue, the flash of a golden waistcoat beneath the black tuxedo was the final giveaway. C-3PO – or at least the man behind the mask – ruled the stage at the Frank Erwin Center on Sunday.

Anthony Daniels, the voice and body of the most famous droid this side of Kessell was in Austin for the 99th and 100th performances of Star Wars: In Concert and, yes, the term nerdgasm can and should be proudly applied (click here for photogallery)

The show takes the highlights of legendary soundtrack composer John Williams' defining work and wraps it thematically together with edited clips from across all six movies. Live soundtracks aren't exactly a new thing in Austin, but the sheer scale of the performance (a full 86 piece orchestra plus choir in front of the world's largest mobile hi-def screen) combined with Williams' scores elevated the event. A mix of Wagner, Souza, and Saint-Saens, his influence on modern cinematic scoring can never be underestimated, and to hear it as it's rarely been heard outside of the recording studio is something magical for Star Wars fans. Frankly, how else will the five-year-olds in clone trooper armor be exposed to a bassoon?

It's not just a massive touring symphonic event, as the show organizers were allowed to raid the archives at the famous Skywalker Ranch in California. Over the years, George Lucas has horded pretty much everything connected to the films. Many of the original props from Episode IV were destroyed after shooting wrapped (as exhibition curator David Iskra explained, "Nobody thought they would be in Austin 33 years later") but just about everything else, from miniatures to costumes to designs, has been stored and occasionally makes it out on the road. It's a challenge transporting the complicated costumes from city to city and arena to arena. "We haven't broken anything yet," Iskra added, "which is amazing because I have the archivist breathing down my neck."

Yet exciting as it was for the fans to be near an original Darth Vader costume (a stunt version: You could tell because of the short cloak) adding C-3PO to the mix brought a certain cultural resonance. Like Adam West, who was also in town on Sunday, Daniels has won the strange title of pop culture icon, where the line between who he is and the character he played has become blurred beyond all recognition.

A stage actor by training, Daniels clearly relished the role of MC. Still skinny enough to fit in the old armor on display in the atrium, he mugged broad and emotive for the audience. Occasionally bouncing banter off stoic conductor Dirk Brosse, it made narrative sense for him to provide the narration. After all, who was it that explained the story of the attack on the Death Star and the battle of Hoth to the Ewoks, eh? Plus, if you watch the Star Wars films in the order they were released, Daniels speaks the very first ("Did you hear that?") and very last ("Oh, no!") lines in English in the franchise.

Much like The People Vs. George Lucas or Star Wars: Retold (by someone who's never seen it), the evening was a son et lumière tribute to the cultural impact of the Star Wars saga. Love or hate the prequels, love or hate the great bearded one, Lucas created an entire universe and Williams bound it all together sonically. If you doubt that, then just start humming "The Imperial March" and wait to see how long it takes anyone within hearing range to join in (the odds they won't are 3720 to one.)