No Game Publisher? No Problem.

Old Spice, cheesy videos, iPads, and other ways to get video games to market 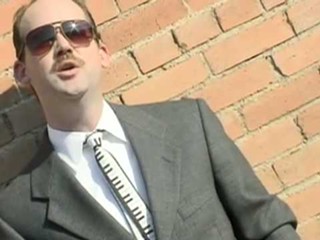 Maybe it's because I recently wrote a feature on the subject, but local video-game developers continue to find unique ways to make their games pay off. Not everyone can count on the supreme financial backing of an EA or Capcom. So what are the alternatives? I'm going to make you click through for that info.

There's the tried and true path to viral video sensation status. This path is largely elusive (trust me, I tried, kinda). Not everyone can be Techno Viking or Chocolate Rain or Camouflage Wheelchair. OK, that last one was the name of my band in high school, but you get the point. And while 11,000 views (as of this blog post) is nothing to sneeze at, it's not quite viral. That's the number of people who have watched Slack Circus' video for Twisted Pixel's Xbox Live Arcade hit ’Splosion Man. Feast your eyes on this chunk of awesomeness. The success of ’Splosion Man is already in the books but a little bit of branding as a developer with a sense of humor never hurt. Although if you check out Slack Circus' YouTube page you might notice a few promo videos for game publisher Gamecock who went down in the flames of economic downturn a few years back. No point. I'm just saying.

Another route to success is to be on the ground floor of a worldwide sensation. Game-making software called Game Salad, created by local firm Gendai Games, powers 13 of the Top 100 paid games on the iPad. I know I'm not the first one to say it but App mania is out of control. If Skynet is really going to destroy the planet it will likely be because someone touched the Armageddon app while fumbling to spell "quince" in a heated game of Scrabble.

If you can't go viral or make a widely used tool for other people to make games, then you might have to sell out. I don't mean "sell out" in a bad way. Hell, if more people play your game, can selling your creative output really be that bad? Local developer MonkeyTrap Games showed off a demo version of a unicycle racing game at the Chronicle's Game On Austin event a few months back. Turns out that game has been chosen by the folks at Old Spice to be one of the finalists in their Old Spice Challenge. And while games associated with products are often lackluster, as I recall, the game had a simple elegance. Maybe not "elegance" but "shit-ton of fun" doesn't quite fit either. Let's say "straight-forward appeal." The game wasn't made with Old Spice in mind, but if you've got an Xbox 360 and an internet connection you can download Old Spice Racers for free and still remain your stinky self.