Snaps From the Texas Film Hall of Fame Awards

Bruce McGill and Tim Matheson cut up on the red carpet 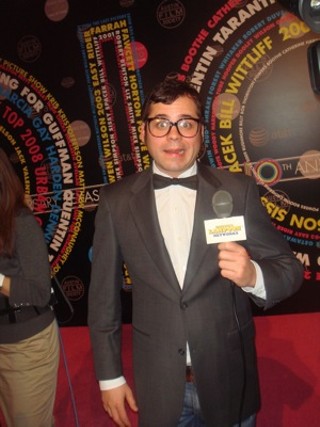 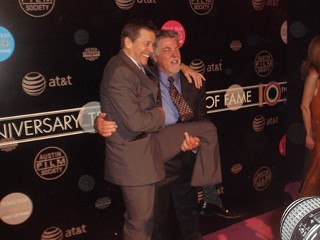 Best moment of the Texas Film Hall of Fame had to be when Animal House alum Bruce "D-Day" McGill tapped out the William Tell Overture on his throat while Tim "Otter" Matheson held up a microphone. I didn't get a photo of that, but here's the two clowning on the runway. McGill was best man at Matheson's wedding. He recounted how McGill saved him from the fists of University of Oregon frat boys in his pre-shoot "research."