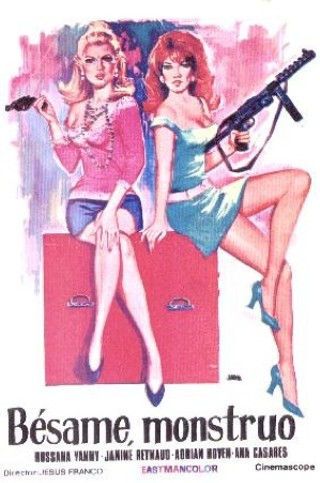 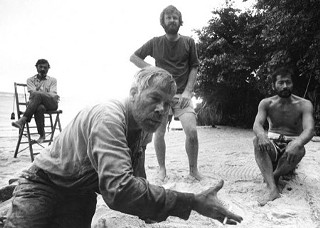 Mitchum and Russell: Hot enough for you?

You've heard the news: according to the National Weather Service and the wizened old gypsy woman reading crow entrails outside our door, Roland Emmerich was totally not kidding about the day after tomorrow. It looks like Austin is in for some serious chilling over the next 72 hours.

The chance that we might soon be able to build actual snowmen on our roof (or at least pull off some decent donuts on Congress Avenue) has put us in a snowbound, cabin-fever, freak out-and-run-to-the-video store-to-stock-up-on-sanity-saving-DVDs frame of mind. And that, of course, led us to ring up a couple of Austin film and video luminaries to ask what movies they'd recommend that you run out and snag – alongside the usual pre-apocalyptic staples food, booze, and firewood, natch – in preparation for the 512's upcoming "refrigeration event."

First up, the ever-temperate Lars Nilsen of the Alamo Drafthouse's Weird Wednesdays…

"I'd probably want to go with a sort of warm weather vibe on these so that I can be in my house with the heat turned all the way up and imagine that I'm in a warm climate."

1.) His Kind of Woman "… a John Farrow film starring Robert Mitchum, Jane Russell, and Vincent Price that takes place at a Mexican resort. It's a really trashy, fun, mystery/noir-ish sort of movie that has a lot of great hipster dialogue from Mitchum and Price, who gets to play a ham actor who turns out to be a hero in spite of himself. It's great."

2.) Kiss Me Monster "… by Jess Franco. It's a very beautiful, tropical film that doesn't make much sense, but it's got monsters, beautiful women, and great suntans."

3.) Pierrot le Fou "… by Jean-Luc Godard, which also takes place in a very tropical area and also doesn't make a lot of sense, but then again I'm not looking for that right now because I'm really, really cold. You've got the beautiful Anna Karina and the charming Jean-Paul Belmondo, and then there's that great scene at the gas station where he gets in a fistfight that just goes on and on."

4.) Hell in the Pacific "… the John Boorman film, which takes you away to place where it looks like it's at least 140º. It's just Toshiro Mifune and Lee Marvin having a sort of mano a mano duel on this sultry Pacific island."

5.) Ball of Fire "… a great Howard Hawks movie with Gary Cooper and Barbara Stanwyck. I like the title right now, of course, but also Miss Stanwyck is a heat source of her own in this movie." 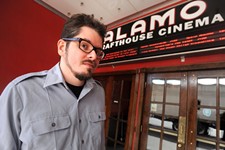 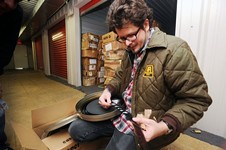