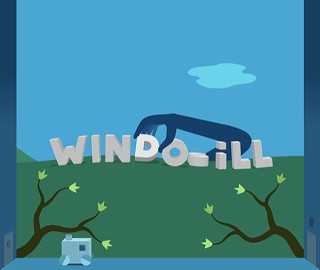 Oh, I can do this all day Mr. Giant Hand

Here it is folks, the last installment in my Independent Games Festival competition roundup. All in all I've looked at 303 games (most of which were unfinished or required downloading) that are readily playable on your browser. Today all games with names starting with letters "T" through "Z" get the once over.

Turns out this final week is the best of the bunch. You should still take a look at parts 1, 2, 3, 4, and 5 though. There are some great games in there and I don't want to feel like I've been wasting the last five weeks. Do it for me.

The first game, Tanaka's Friendly Adventure is a nice aperitif. The game is heavy on retro cuteness that amounts to about one minute of gameplay. There are no losers, which, to some people means there are also no winners. I'm not one of those people.

Another game that focuses less on goal-orinted gaming then an experience is The Black Forest that plays like a standard maze with you controlling the soundtrack depending on who you run into during your exploration. The song that emerges is actually pretty decent.

The sole lemon of the bunch is the Diabetic Dog Game. This is a prime example of edutainment and proves that kids will not play such a game unless forced to.

The next two games have been covered by me in this column before which should tell you something about their quality. By that, I mean they are good. Check out my previous blogs on Time Fcuk and Today I Die. Or just ignore what I have to say about them and play the respective games here and here.

Waker is another rarity in the world of indie gaming. It's a highly polished and expertly designed experience with unique gameplay that doesn't get tired. By the time you figure out a trick they change the play just enough to keep you engaged. I also noticed a somewhat hidden lesson in calculus but that could just be because I'm a complete nerd. Your job is to put together broken dreams so the dreamer can return back to the waking world. It's ultimately a puzzle game but looks like a standard run and jump game.

The biggest surprise of the bunch is Windosill which reminded me of Hoshi Saga which is a serious compliment. It has a Dr. Suess design mentality that combines the playfulness of children's toys with the problem solving of point-and-click games. What sets the game apart is the way the game interacts with the mouse. Before you know it, you'll be mousing, clicking, and dragging with a fury to find out the secrets of this singular world. You might want to check out the Vectorpark website too.

Lastly, we have You Only Live Once. It's true, there's only one life but the playable portion of the game is merely prelude to the elaborate death sequence. Again, not really a game but an interesting experiment in the realities of "Game Over"

And this week's winner is Windosill. Well actually, Time Fcuk would win this week's award and the overall award, but I feel like since I've already blogged about it, I should spread the love around.

Remind me not to try and look at 303 games again next year.