Anthology delight gets a big screen adventure before DVD release 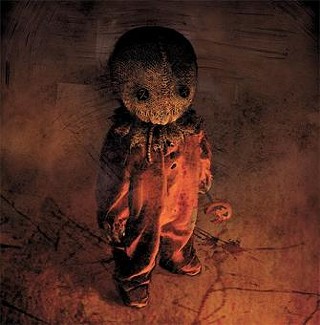 Dear Hollywood: What is wrong with you, that Trick'r Treat is getting the direct to video treatment? Nah, scratch that. Director Michael Dougherty explained exactly why at last night's Fantastic Fest screening.

When it comes to getting horror movies made and properly released, he said, "Hollywood's run by fear." Just not the good kind.

Stuck in limbo since its debut at Buttnumbathon 7 ("It's come full circle," Dougherty said), Trick'r Treat has every reason for the studios not to release it. It's not a sequel, it's not a remake, it's an anthology so it's not got a single protagonist, so marketing would have a conniption fit. What it has in its corner are a couple of little things like a whipsmart script, some great scares, and a cast that takes obvious glee in all the gore and ichor.

Dougherty told the audience, "All I ever gave a crap about was making a movie that will be watched 20 years from now." He's probably managed that, because Trick'r Treat is the kind of delightfully savage anthology movie for which midnight timeslots and Halloween marathons were created. Set over one All Hallow's Eve in Warren Valley, Ohio, it's four delightfully unpleasant tales (and a prologue) of what happens if you break the cardinal rules of Halloween. Brian Cox finds out why you should always give children candy when he's pursued in his own home by an unruly home invader; Anna Paquin learns why you should never walk by yourself; Dylan Baker gives a salutory lesson about never going to a strange house; And newcomer Sam Todd shows why you should never blow out the Jack O'Lantern.

The last time a PSA had this high a bodycount it was that Welsh anti-texting slaugher fest. The real lesson may be that it's almost impossible to get a really good, or even high-functioning, horror movie released these days. This sweetly venomous treat deserves a bigger audience and better treatment than it got.

Trick'r Treat is released on DVD and Blu-Ray on Oct. 6.