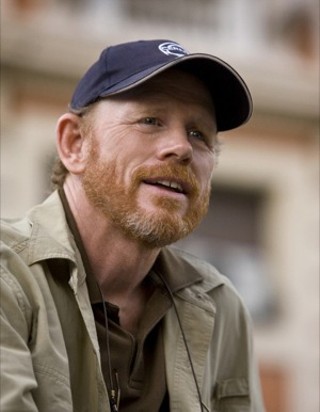 If the Austin Film Festival is playing six degrees of separation with this year’s honorees, it’s going to have to try a little harder: director/prodcuer Ron Howard, the just-announced recipient of the Extraordinary Contribution to Filmmaking Award, is just one lousy degree removed from Mitchell Hurwitz, who was revealed last week as the 2009 Outstanding Television Writer Award recipient. Howard of course produced Hurwitz’s show Arrested Development, and narrated, too: That alone earns our most warm-hearted congratulations. But wait – there’s more!

A lot more – and no, we’re not referring to Howard the actor’s lasting cultural contributions via his pint-sized scamp Opie on The Andy Griffith Show and his more recent, third-billed turn in Jamie Foxx’s music video “Blame It” (but seriously: what range). Nope, we’re thinking of the astonishingly varied and consistently good work Howard’s done behind the camera: children’s fantasy (Willow) and romantic comedy (Splash), summer blockbuster (the Da Vinci movies) and fall Oscar bait (Frost/Nixon). But the sentimental fave has to be Parenthood: Steve Martin and Mary Steenburgen, so funny and believable as exhausted parents; Jason Robards as the gravel-voiced grandpa from hell; high-school-aged Keanu Reeves sexing up Martha Plimpton and Joaquin Phoenix locked in his room with a bag of porn.

Producer, director and actor Ron Howard is one of this generation’s most popular directors. From the critically acclaimed dramas A Beautiful Mind and Apollo 13 to the hit comedies Parenthood and Splash, he has created some of Hollywood’s most memorable films. Howard directed and produced Cinderella Man starring Oscar® winner Russell Crowe, with whom he previously collaborated with on A Beautiful Mind, for which Howard earned an Oscar® for Best Director and which also won awards for Best Picture, Best Screenplay and Best Supporting Actress. The film garnered four Golden Globes as well, including the award for Best Motion Picture Drama. Additionally, Howard won Best Director of the Year from the Directors Guild of America (DGA). Howard and producer Brian Grazer received the first annual Awareness Award from the National Mental Health Awareness Campaign for their work on the film.

Howard’s skill as a director has long been recognized, starting in 1978 with his directorial debut of the comedy Grand Theft Auto. In 1995, he received his first Best Director of the Year award from the DGA for Apollo 13. The true-life drama also garnered nine Academy Award® nominations, winning Oscars® for Best Film Editing and Best Sound. It also received Best Ensemble Cast and Best Supporting Actor Awards from the Screen Actor’s Guild. Many of Howard’s past films have received nods from the Academy, including the popular hits Backdraft, Parenthood and Cocoon, the last of which took home two Oscars®. Howard was honored by the Museum of Moving Images in December 2005, and by the American Cinema Editors in February 2006. On January 24th, Howard, along with his partner Brian Grazer, was honored with the Milestone Award by the Producers Guild of America (PGA).

Howard also produced and directed the film adaptation of Peter Morgan’s critically acclaimed play Frost / Nixon. The film, which was released in December 2009, was nominated for 5 Academy Awards® including Best Picture, and was also nominated for The Darryl F. Zanuck Producer of the Year Award in Theatrical Motion Pictures by the PGA.

Howard has also served as an executive producer on a number of award-winning films and television shows, such as the HBO miniseries From the Earth to the Moon, and Fox’s Emmy Award winner for Best Comedy, “Arrested Development,” for which he narrated. He is also producing the upcoming television series “Parenthood,” based on the comedy he directed.

He began his career in film as an actor. He first appeared in The Journey and The Music Man, then as Opie on the long-running television series “The Andy Griffith Show.” Howard later starred in the popular series “Happy Days” and drew favorable reviews for his performances in American Graffiti and The Shootist.

This year’s Austin Film Festival and Conference will host over 140 exciting premiere film screenings and events, and produce over 80 panels and roundtable discussions focusing on the art and commerce of film and television writing and production. The AFF and Conference provides registrants unparalleled access to the best writers and filmmakers in the industry.

For a complete list of panelists and events, for more information, go to www.austinfilmfestival.com or call 512-478-4795 or 800-310-3378. Conference Badges and Film Passes are on sale now and can be purchased on-line or by phone.

About Austin Film Festival The Austin Film Festival (AFF) is a non-profit organization dedicated to furthering the art, craft and business of writers and filmmakers and recognizing their contributions to film, television and new media. The AFF champions the work of aspiring and established writers and filmmakers by providing unique cultural events and services, enhancing public awareness and participation and encouraging dynamic and long-lasting community partnerships. www.austinfilmfestival.com

The Austin Film Festival is funded and supported in part by the City of Austin through the Cultural Arts Division and by a grant from the Texas Commission on the Arts and an award from the National Endowment for the Arts, which believes that a great nation deserves great art.

Special support is provided to the Austin Film Festival by the Academy of Motion Picture Arts and Sciences®, Continental Airlines, Clear Channel Radio, KVUE, and Target®. 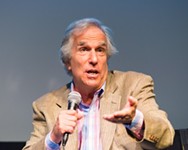 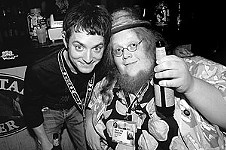