The Austin Film Festival announced today that the recipient of this year's Outstanding TV Award will be Mitchell Hurwitz. If you're a fan of smart, funny, groundbreaking, dead-before-its-time TV, then you know the name: Hurwitz created Arrested Development. Remember Arrested Development? Here's a refresher course:

Doesn't Monday feel not so bad now? Full press release after the jump. 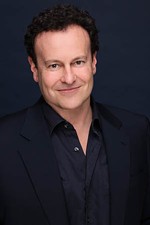 Auteurs Stake a Claim on the Small Screen
Mitchell Hurwitz and Matthew Weiner made their names in TV. Have they gotten too big for it?