Cast and crew gather to remember the slain Lou Perryman

When local microcinema Screen Door Film programmed Eagle Pennell's The Whole Shootin' Match as part of its ongoing Texas Cinema Series, they had no idea it would turn out to be a memorial screening for cast member Lou Perryman, who was was brutally murdered last month. Prior to the screening, a reel highlighting Perryman's prolific career will be screened, and we can only imagine the post-film discussion – with co-star Sonny Carl Davis, composer Chuck Pinnell, and film historian Alison Macor, moderated by the Chronicle's Louis Black – will continue the celebration of his life.

The event takes place tonight at 7pm in the Jones Auditorium, Ragsdale Center, 3001 South Congress Ave., on the St. Ed's campus. As with all other Screen Door screenings, the event is free and open to the public. For more info, visit www.screendoorfilm.com. 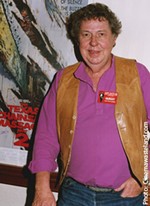 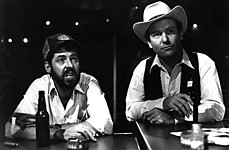