How to Woo a 'Wolverine'

Austin's still in the running to host the Wolverine premiere, but that's not gonna happen without your vote 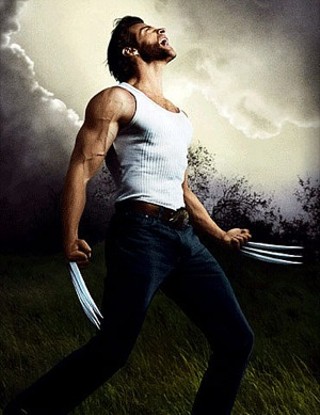 Our love for X-Men was unceremoniously squashed by Brett Ratner's crap trilogy capper X-Men: The Last Stand, but as far as we can tell, the Ratman doesn't have anything to do with the new stand-alone feature X-Men Origins: Wolverine. It doesn't open in theatres until May 1, but Austin has a shot at hosting the premiere locally. Cities all over the country are vying for the rights (or so the 20th Century Fox press release tells us). Austin was right in the thick of the battle for a while there, but we've since dropped to #5. Would it help if we mentioned Taylor Kitsch (Tim Riggins from Friday Night Lights) is in the film? How about if we said that around noon on Wednesday, them's in the downtown and campus areas are urged to look to the sky, where there will be a message from Hugh Jackman? (We suspect it'll be along the lines of, "Get your shit together and vote, Austin. God knows I don't want to have to premiere this thing in Hastings, Nebraska" – maybe slightly abbreviated to fit on a banner trailing a plane, though).

You can vote at a special mobile voting station at 7-Eleven (1814 Guadalupe) on Thursday. Or vote online here. Polls close this Friday.