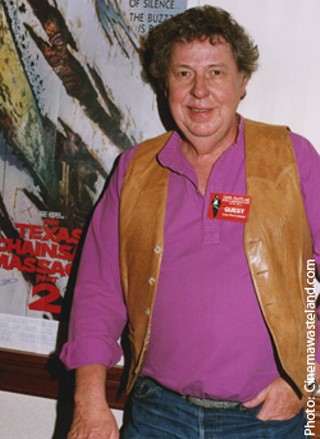 After we learned of the disturbing murder of beloved Austin character actor Lou Perryman last week, we solicited a few remembrances from several people who knew Lou best.

First to respond was Watchmaker Films' founder and all-around filmmaker Mark Rance. Here's what he had to say about the late, great Lou:

"Lou Perryman was one of the most generous men I have even known. He was generous to his friends and former-friends and not so good friends alike. I met Lou through Eagle Pennell back in 1980 working on Doug Holloway’s Fast Money. I had had just seen him in Eagle’s The Whole Shootin' Match, which was at the Berlin Film Festival that year. Lou and I stayed in touch off and on through the years, but really got back in touch when Eagle Pennell died in 2002.

True to form, Lou was organizing notices regarding Eagle’s death and the arrangements for his funeral, mainly sending them out by email, to friends and interested parties. He kept everyone in the loop about it all. It was Lou who took me aside at the funeral suggesting I not look in the coffin as Eagle had physically changed beyond the person I would have seen last. Lou was always thinking of others and positioning himself somewhere between a Samaritan who looks after strangers and a true friend.

And true to form again, when you first see Lou in The King of Texas, the documentary we made about Eagle & Co., Lou’s taking care of a friend of his dying from cancer. The friend was obviously in a lot of pain, and he would die while we were making the film, but Lou had opened his house and made it a safe haven for his friend.

Over the years there were Lou’s pleas for financial help. (He ran out of money a few times in his life.) These lengthy requests for assistance, I now realize, were miniature autobiographies. I would like to think he wanted his friends to know him better and he held nothing back. He was proud, saddened but not ashamed. Urgent, but never desperate, Lou was troubled by his situation but he never really seemed defeated by it. In one email he wonders if he is the butt end of a family curse because he can’t figure out why this is happening to him.

I did several lengthy interviews with him about Shootin’ Match, and Claire Huie and Rene Pinnell did several more for The King of Texas, and what comes across in all of them is his generosity of spirit. I think he had been in therapy for a few years and adopted a Jungian approach to thinking about life. His generous nature was matched by an inclusive mystical take on things and he became the soul of our project in many ways.

Of late, he had become known on the horror film convention circuit, and this, combined with the re-release of Shootin’ Match, brought him some pleasure and pride as he was enjoying being re-discovered. How fortuitous that he got to experience this. And that this all started happening around the time of his brother Ron’s death in 2005 I think helped get Lou through the tremendous amount of grief he felt.

Lou was one of those actors who could have played himself his entire career and the audience would never tie of him. Lou was an great character actor with terrific instincts. With Eagle, he could be a strong leading actor, and with Sonny Davis a great co-lead and partner. The fact that he could fit any of those roles is a tribute to the generosity which defined his life and work. To my eye he gave other actors the room to show their stuff – and that’s rare. It is a shame he was not in more films, but in the ones where he shines he gives us a lifetime of work." 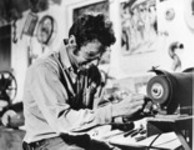