Dukes: Score one for Travis County and the film industry

Big day for the Travis County delegation and Rep. Dawnna Dukes, D-Austin, as she coaxed the 81st legislature into actually passing a bill. "First bill of the session, first bill on the calendar, first major state bill, and it is House Bill 873, the film incentives," she said.

The only group that has come out against the bill is the Libertarian Party of Texas, which put out a press release demanding the abolition of the Governor's Music, Film, Television, and Multimedia Office. However, Dukes said she had to stave off a last-minute attempt on the floor to derail the bill as corporate welfare but, as she pointed out, "even the conservative coalition supported the concept of the bill because of its potential for creating 4,000 jobs."

SB 605, the Senate version of the bill, was voted out of the Senate Economic Development Committee a few days ago, and was sent to the Local, Consent, and Resolutions Calendar. Once the House bill gets over there, it should become law in short order. As long as the budget passes with all necessary riders attached, the new-look incentives should be ready to roll quickly.

While the hope is that the tax rebates will attract more business, Dukes had a sobering reminder about the need for incentive reforms just to hold some ground. Five years ago, there where 1,500 full time positions in film and television production in Texas: Last year, there were 60. 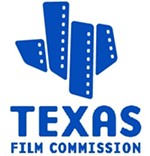