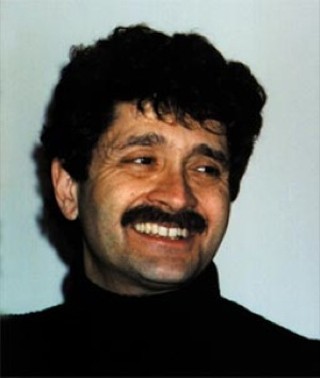 Okay, yeah, I know it's been a week since part one of my Top Ten Redux, but I've been gnawing on a mouthful of new DVD releases and wondering if they merit inclusion here.

They don't, although one not-so-new DVD box set does: Sony's Ray Harryhausen Collection. It Came From Beneath the Sea, Earth Vs. the Flying Saucers, and 20 Million Miles to Earth, all three in glorious black and white or – ick – inglorious colorized versions. Plus, 20 million extras, the best of which are new commentaries from Harryhausen, effects artists/filmmakers Dennis Muren, Phil Tippett, and others (including, wouldn't you know it, Tim Burton. Nice piece on Earth Vs. the Flying Saucers' blacklisted screenwriter Bernard Gordon. Saucers = commies, see? Very scary, in a Red Menace kinda way. For my money, it's altogether the best box set of late '08. And the marketing genii at Sony even saw fit to make this nifty/cheesy flash animation game to promote it. Gee whiz, guys, that's just swell.

Back on-screen (if not yet in Austin) and without further ado, here's the part two of my Top Ten Redux.

6.) Not Quite Hollywood: Seriously, what the fuck is up with Australia? I don't know and I don't care so long as they keep sending us a veritable kangaroogasm of blood-drenched, bare-breasted, fuel-injected suicide cinema kickassery, the entire history of which is regaled in Mark Hartley's bang-on documentary. Honestly, watching this at the Alamo with Aussie indie legend Brian Trenchard-Smith and his loud Hawaiian shirt just two rows way was, I gotta say, the most pure, unadulterated fun I've had in a theater all year. Plus, you get to witness raw B-roll of an utterly unhinged and preposterously wasted Dennis Hopper playing to type as the titular wingnut of Phillipe Mora's Mad Dog Morgan.

7.) Watching Koen Motier's Ex Drummer is like experiencing methamphetamine-induced psychosis at a Devo show while tiny naked skinheads play a kazoo rendition of Dusty Springfield's The Look of Love backwards, but, you know, in a good way. Another Fantastic Fest find that played Blind Man's Trepanation with my mind.

8.) Native Texan Chris Eska's August Evening is a bittersweet gem of a film, and about as far from anything else on this list as you can get. No guts, no glory, but plenty of breathtaking cinematography, nuanced characterizations, and just flat-out Grade A filmmaking that (intentionally) puts you in mind of Ozu. Flawless and, as far as Hollywood output goes, peerless as well.

10.) Finally, Stephen Romano's Shock Festival may be a monster of a geek-heaven coffee table book, right, but it's also a hundred or so of the best (or worst, if you're Michael Medved) movies of this or any other year. A fictional compendium of 24 fps freakouts that never really existed but, boy, would Weird Wednesdays and Terror Tuesdays be the richer for it if they did. For Chrissakes, does this Romano guy ever sleep? (And what, dear god in heaven, does he dream about?!)

Let's All Go to the Movies
Skip the multiplex: Austin has a better idea