AFF: Titans of TV vs. The Online World

Comparing notes between the Titans of TV and The Online World.

If anyone had doubts that there’s change afoot in TV land, sitting through these two, contrasting AFF panels made it perfectly clear. Examined side by side, the panels offered a vivid snapshot on the state of televisual viewing (this term borrowed from TV Studies maven Sharon Ross).

It’s clear that people want content, but where, how and when they watch it is the big thing that’s changing, and not everyone is happy about it. The Titans of TV panel, featuring writer/creators Tim Kring (Heroes), Phil Rosenthal (Everybody Loves Raymond), and Greg Daniels (The Office), bemoaned the rise of the Internet, mostly because it was seen as a threat to their income, along with lingering fears of piracy and the exploitation of their labor to create content in addition to their regular and extraordinary work load (as in “webisodes” shown on network websites. (The annoyance seems misplaced, but that’s a whole other subject.)

Rosenthal in particular, was the loudest naysayer, sounding a bit like a relic when he said he came from the days when a show could be grown, given time to find it’s footing. Not so in this moment in TV history. Rosenthal lamented that Raymond would not be considered in the current TV climate. This may be true, but is this really a problem? Early episodes of Raymond (and Seinfeld, for that matter) limped out of the box. Is it too much to ask that a product that hits the screen actually be up to speed when it gets there? Shouldn’t the “growing” be occurring elsewhere?

“The sky might be falling further than we want it, but it will never hit the ground,” Neely said of the current media climate. “If you want to survive you have to work harder, be a lot nicer, and make friends in different cities, friends who care about the work you are doing and will support it.” Hyams concurred, adding, “It’s far more Darwinian than it was in the past. You can’t trick people into forwarding your material if they don’t want to,” he said, referring to how word of mouth is one of the strongest means to make an Internet hit. “The main reason [viewers forward] is because they think it’s good,” he said. “There’s no guarantee if you’re good you’ll be seen [online], but if you’re bad, you can be sure you’ll be gone.”

Like the Titans of TV panel, there was discussion of quality, what the audience wants and expects, and in the case of the Online World panel, some discussion of what kind of viewers the Internet is creating. While it was generally agreed that online viewing of content made specifically for the Internet is short — three to six minutes — before lamenting that fact, one has to take into account the context under which that content is being view: typically in the workplace during breaks or stolen time (the so-called SFW, or Safe For Work content). So, declaring that entertainment of the future will be shorter is probably premature. No one wants to watch a movie on their phone, but without other options, viewers will use what’s available. In fact, Neely mentioned that Vaio was working on a prototype of a device that could capture material and “talk” to other devices in order to view/hear the downloaded content.

Where the online world really has traction is in distribution. Independent film and TV producers have typically had the hardest climb with distribution and online sources have opened the door to this important factor. A savvy media maker can now bypass the big studios and distribution outlets by getting connected to online sources. YouTube — best known for clips and outtakes — recently announced that it was going to start carrying long form material, while media sharing sites like Hulu and Netflix have already dipped into the distribution business. Hyams reported that the independent film Crawford (which showed at SXSW last year) is now one of the top hits on Hulu with premiere numbers much higher than it could have hoped to expect in a traditional, street distribution model. “The unofficial number is 150 thousand viewers,” Hyams said. “But whatever the numbers are, I know they’re higher than the opening numbers for March of the Penguins.”

The Roku Box from Netflix allows subscribers to stream content carried by Netflix for viewing on their computer or TV screen, again, bypassing the traditional way of doing business and bringing content directly to the viewer without the wait time for DVDs to travel through the mail.

In the current media climate, Hyams said that writers will need to be more than just writers, they’ll need to be creators. Neely agreed, reinforcing the need to make friends and professional relationships with people with a wide variety of skills. “There’s no rule book and there never was,” he said.

The take away from the Titans of TV panel and The Online World panel: The best thing writers, filmmakers, and other content creators can do in this transition period is to do the work they believe in, do it well, and stay open to what’s next in the evolutionary cycle. 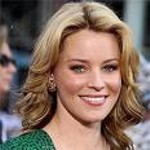