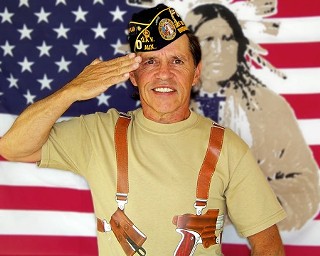 Johnny Tesar is an American eccentric. As amateur archaeologist and would-be entrepreneur, Johnny collects more than seven thousand rocks and crystals around Pigeon Forge, Tenn., exhibits them to the public in his trailer, and attempts to convince archaeological academics that his collection describes an ancient civilization. Unfortunately, Johnny also finds himself implicated in the slaughter of seventy-three rabbits at Bunnyland, a miniature golf resort he once managed, and later, in the death of a woman killed when a fire breaks out in one of the shoddily constructed cabins he has built and rented-out on his mountain property. Through these disparate misadventures, director Brett Hanover attempts to weave a story of backwoods Americana, but his film is poorly judged. While this documentary's failure to find an overriding viewpoint might be forgivable, less so is the sneering attitude of condescension the filmmaker shows to the predominantly poor, uneducated cast he enlists to tell Johnny’s story.