Best of the Best (With Qualifications) 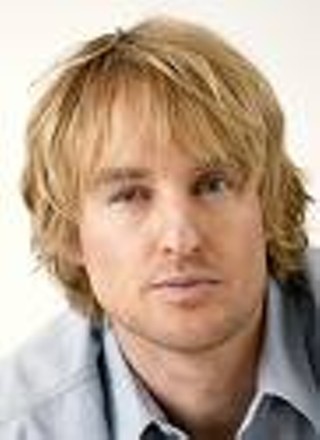 It's time to come home, Owen

So Charlie Kaufman is the best screenwriter of the 21st century, eh? Compared to whom, exactly?

Not to get too nostalgic here (can a man be nostalgic for a time he wasn’t around for? My soul cries out for a dictionary.), but let’s face it; it’s not like Kaufman is competing with Paddy Chayefsky or Orson Welles or Budd Schulberg. (Writers in the Movies side dispute: Should we condemn Schulberg’s On the Waterfront script for being a defense of his naming of names during the HUAC trials, or should we just accept that human beings are fallible, dastardly, shameful, self-serving, approval-craving beasts and judge their work exclusively on its own merits? Please phrase your answer in the form of a musical number.) What I’m saying is that the competition isn’t quite what it was 30, 40, 50, or 60 years ago.

Getting back to your best-21-century-screenwriter claim: Who else would be in the running? Let’s see: Wes Anderson hasn’t written a good script in nearly 10 years, not since Rushmore. Every movie he’s made since has been an elaborate but empty exercise in interior decorating, quirky emotional detachment, verbal preciousness, and soundtrack sequencing. In fact, I think the real mastermind behind those early great Anderson movies – Rushmore and Bottle Rocket – must have been Owen Wilson. I remember reading somewhere (could have been Entertainment Weekly, could have been my sister’s diary, could have been the back of a box of Golden Grahams) that though Wilson was credited as one of the writers of The Royal Tenenbaums, he actually left most of the work to Anderson. Apparently he was too busy making millions of dollars and having cocaine-fueled orgies with daughters of Middle Eastern oil barons to find the time to write. A conflict I understand only too well.

I think Wilson needs to come back to writing, though. First of all, it would be better for Anderson; Wilson’s presence would give some life back to his stories, bring back some of the real humor – rather than the sort of half-laughs that come from two people staring at each other uncomfortably while saying cryptically half-depressing things in dead-pan voices, things like “I’ve felt better … though it’s been awhile,” after getting shot or falling from a second-story window. (Just made that up right now, by the way.) Also, let’s be honest, Wilson could probably use the stability and comfort of some time at a typewriter. You know, get himself away from the drugs and the paparazzi and Kate Hudson. As someone who saw both Fool’s Gold and My Best’s Friend’s Girl this year, I can say with certainty that the more time one spends away from Hudson, the better.

Ummm, Kenneth Lonergan? True, he wrote You Can Count on Me, which is one of the best movies of the last decade, but he followed it up with The Adventures of Rocky & Bullwinkle, which immediately disqualifies him from consideration. Though it’s got to put him high in the running for a Biggest Discrepancy in Quality Between Movies Written in the Same Year by the Same Author Award. That being said, I’m not sure who else would compete.

Quentin Tarantino used to be great, but he seems more interested in choreographing fight scenes these days than writing memorable dialogue. Plus, his muse is Uma Thurman … which doesn’t make any sense at all.

David Milch, David Simon, George Pelecanos, and Richard Price write for television (Deadwood and The Wire), so I guess they’re disqualified. Though they shouldn’t be.

Ken Loach is too socialist, Mike Leigh is too naturalistic, Terrence Malick is too transcendentalist, Richard Linklater is too stoned, The Coen Brothers are too shticky, Guillermo Arriaga is too convoluted, Mel Gibson is too dead language, and Diablo Cody is just a little too Diablo Cody.

So, maybe you’re right. Maybe Charlie Kaufman is the best screenwriter of the 21st century.

Congratulations, Kim. I’ll give you a moment to savor your victory.

Now for the cold water:

You docked points from George Kaufman for always writing with collaborators, but Charlie Kaufman, your Charlie Kaufman, wrote his best movie, Eternal Sunshine of the Spotless Mind, with two other people.

Writers in the Movies