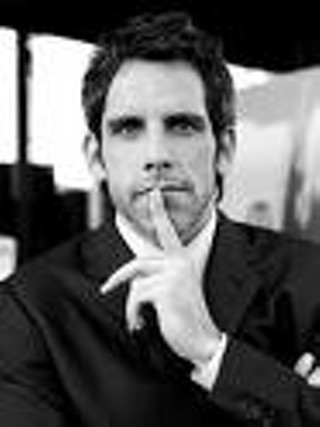 Portrait of an Artist

These one-month intervals are killing me. Raised from a pup to be contentious, I never know what to do with myself when you and I aren’t fighting online. Actually, I do: fight with you offline. If any readers out there are skeptical that the Film Fight format is just a gimmick – an artificial disputatious environment between two otherwise agreeable souls – you’ll be happy to know that Kim and I spent a good chunk of last week railing at each other at birthday parties and other social functions. I don’t know if we were just getting ourselves back into the holiday spirit, or if we actually disagree that strongly about the value of a clean house or the relative virtues of my romantic philosophy, but few punches were pulled and fewer apologies were offered. (Though I have to say that Kim, in the spirit of Yom Kippur, the just-passed Jewish day of atonement, did offer one. Being Jewish myself, and having suffered through endless hours reciting the Kol Nidre over the course of my life, I know that asking for forgiveness during the High Holidays gets you precisely nowhere, so I didn’t take the bait. Still I thought it was a sweet gesture. And one she’ll regret very soon.)

No, you can rest easy knowing that we don’t just play Film Fighters on TV.

Witness, for example how quickly Kim went for the jugular this time around. No pleasantries, no niceties, no build-up. Just straight to Permanent Midnight. What kind of friend would force a friend to defend Ben Stiller first thing in the morning?

Instead, I’m going to take issue with something you wrote about junkies being joyless and one-note, about their being less meaningful as characters because their entire motivation stems from their addiction. Two things: One, not all junkies are one-note. Ben Stiller in Permanent Midnight is one-note, yes, but that’s because Ben Stiller as an actor is one-note (or maybe two: lovable, clumsy schlemiel, as in There’s Something About Mary and Meet the Parents, and insufferably pompous windbag, as in everything else, including your precious and overrated Royal Tenenbaums). Some junkies are full-throated, full-bodied creatures who use their chemical dependency to open up whole worlds of possibility for themselves, worlds beyond the pale of normal societal acceptance, convention, or morality, be they hallucinatory and sexually perverse, or criminal and willfully asocial.

The great thing about junkie characters is that the very fact of their junkie-ness means that they’re far beyond the boundaries of accepted social behavior. They’re off the reservation, willing to do anything to get a fix. Laws and norms mean nothing to them. So they could do anything and any time, which makes for fascinating viewing. A good junkie character, in other words, just like any good character in any movie, is a wide and roiling sea of contradictions, ambivalences, peaks, valleys, loves, hates, flesh, spirit, violence, and degradation – they just take those conditions and amplify them in the heat of overriding need. To paraphrase Humphrey Bogart in Casablanca: Junkies are just like us, only more so.

I’ll come to my second point in a few minutes.

Writers in the Movies