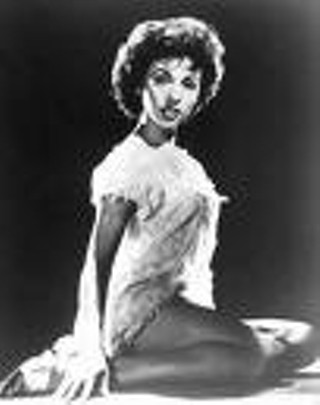 It's hard to argue against Rita ... but I'll give it a whirl

Did you really just respond to my calling you out by referencing a movie starring Richard Beymer, whose greatest role since has been as Harry Williams in a one-episode story arc on The Man From U.N.C.L.E.?

I mention Ian McKellen, and you come back with Russ Tamblyn?

I speak of Shakespeare, and you reply with Sondheim?

Here’s the thing. Shakespeare didn’t tell particularly good stories. Try as I have during my life to defend every part of Hamlet and Othello, the simple fact is that there are enormous narrative holes is Shakespeare’s plays that he fills in with absurdity. Remember Act V of Hamlet? The house of cards is on the table and ready to fall: Hamlet knows Claudius killed his father, Claudius knows Hamlet knows, and Hamlet knows Claudius knows he knows (and little lambs eat ivy). Hamlet has killed Polonious (which everybody knows) and in response Ophelia has killed herself by excessive clothes-wearing (which everybody but Hamlet knows). Laertes – knowing all of the above – wants to kill Hamlet, and Claudius – knowing Hamlet knows he killed his father, has tried to kill Hamlet using Rosencrantz and Guildenstern, who don’t know anything. So … Hamlet is out to kill Claudius, Claudius is out to kill Hamlet, Laertes is out to kill Hamlet … and everybody knows everything.

The perfect time for an all-out brawl (or "rumble," if you prefer), right?

So what do they do?

They hold a fencing match, of course.

You know, just a spot of courtly fun on a Tuesday afternoon between two old friends who haven’t seen each other in a while … one of whom recently killed the other’s father and sister, in whose newly dug grave they then proceeded to wrestle. Just a little amusement for a king who just tried to kill one of the participants after poisoning his father and shtupping his mother.

And we the audience are supposed to feel pity and wonder and sadness at the events that follow.

I don’t buy it. And I love Hamlet.

No, the value here is all in the language (“There’s a special providence in the fall of a sparrow”). To hell with the drama. Hamlet could be two hours of a guy sitting in his library and it would still be the greatest thing ever put on paper.

So to make a movie that doesn’t use Shakespeare’s language but does use his plot strikes me as ridiculous, no matter how clever “Office Krupke” is or how good Rita Moreno looks in a poodle skirt. Because, fact of the matter is, the makers of that movie are missing the point.

The poetry is Shakespeare. The stories were just the means to getting people in the seats.

Side note No. 2 (and I know I’m going to get in trouble here): It’s no defense of a musical to say that Tom Waits has covered one of its songs. Waits is a novelty act, a carnival barker, a vaudeville schtick. His gruff voice and love for bells, whistles, and trombones can’t hide the fact that he’s a second-rate beatnik posing as a poet. I never bought that guy.

Though I probably should have kept that to myself.