On Hitch: A Digression 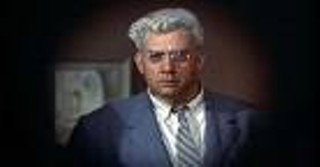 scared the bejesus out of me

Just as I find it bewildering that you’ll casually write off the whole comic book movie canon, it is nothing short of flabbergasting – not a word, I don’t think, but work with me – that you thumb your nose at the collected works of the master of suspense, the original Weird Al, one Alfred Hitchcock.

You wanna talk about “reality”? That guy got about as real as you can get – tapping in, exploiting, fully flogging our most primal fears… and quite often doing it with a deliciously sick sense of humor.

What makes us most human? How about the fight or flight instinct? That’s his bread and butter. The terror of things that go bump in the night, or shriek in the shower? He’s your man. Obsessive love? He cornered the market… especially when icy blondes were on special.

He knew what to do with the perky ones, too – and don’t think I didn’t get a rise out of Doris Day in peril (I’ve got a complicated relationship with that “professional virgin” – who I should also point out was a terrific comedienne with a play-to-the-camera, to-die-for double take).

He worked with the best of the best – Ernest Lehman, Saul Bass, Bernard Hermann, and two very different leading men, Cary Grant and Jimmy Stewart. He gave us some of our most iconic imagery – iconic to the point that it’s been mimicked and mocked to exhaustion (so maybe we can excuse your contrariness because of that??). He terrorized us in so many ways, I suspect everybody’s got a different story.

The one that got me at an early age was Rear Window – a just-about-perfect movie (I shouldn’t hedge – sass-mouth Thelma Ritter tips it over to the undeniably sublime). I used to live across the street from a neighbor who Raymond Burr’ed me every night with the lit cherry of his cigarette on an unlit front porch. Thank god my dog never went missing.

There was my first dalliance with Vertigo – a complicated film, and a kick for three-act structure fanatics to knot their hair over. I watched it with a roommate in our very first apartment; post-viewing, we were scared shitless – of what, we didn’t know, because Vertigo’s “villain” isn’t the boogeyman under the bed or in the closet – it’s the seeming nice guy who goes nutter over a woman.

But the grown-up, got-all-the-facts reckoning with Hitchcock came by way of Frenzy (1972), a film made deeply into Hitchcock’s most baldly misogynistic period. Saw it the Paramount (note to self: never again visit those tiny, suddenly terrifying dim-lit ladies’ stalls in the middle of a scary movie). A woman’s dead body falls – comically! har! – out of the back of a truck, and the audience doesn’t know what to do. Go with the laugh sick Hitch had definitely intended? Or acknowledge the ick … that this is a movie that has aged, and this is the culmination of a film fixated on unconscionable, sexual violence against women, and that this sprung from a man who was deeply troubled.

It was unbelievably uncomfortable, there in the Paramount, and I think that goes right to the heart of Hitchcock’s under-the-skin effectiveness. He was a genius filmmaker, but also a pretty fucked-up guy, and what we were watching in all those movies – alternately funny, scary, and deeply twisted – wasn’t just that’s entertainment! but rather one man’s awkward, intimate grappling with his own demons on a canvas as wide as the world is round. In the end, I think the demons won, and tarnished his reputation in the process, but what marvelous films he left us.

And you shrug the whole shebang off as overrated?