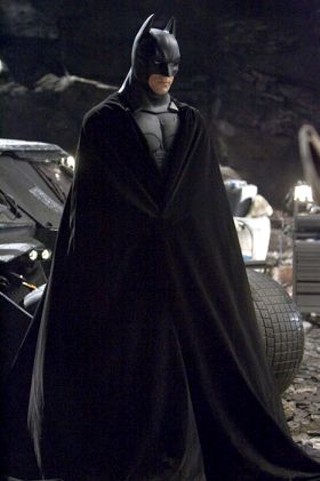 So basically, if it weren't for the cape... and the car... and the whole bat thing, Josh would be totally down with you.

Well. I’ve just reread your (monster-size) post, and – if you’ll forgive me the annoying workshoppy word – you’ve given me a lot to unpack here. I want to touch on two points before I call it a night.

You say that you don’t doubt that superhero movies could be great but that “they haven’t been yet.”

Are you sure you really believe that? It’s awfully early to take such a conciliatory tone.

So for, er, textual evidence, you point to the first half of Batman Begins, saying that you dug it for the first half, but that it fell apart for you when the Scarecrow showed up.

Um, you mean the part where it actually feels like a comic book?? Because as far as I remember, the first half of Batman Begins (the origin story, the study under Ra's Al Ghul) plays first as a drama, then a tragedy, and finally as warrior training camp starring Christian Bale as young grasshopper. In short, the first half isn’t fantastical or implausible (implausible, at least, according to the rules of our real-life, sans-superhero mortal plane).

And for his next trick, watch Josh chase his own tail!