Steve Buscemi ducked in to some SXSW showcases over the weekend while in town to catch his son's punk outfit Fiasco perform and also visit with John Pierson's RTF Master Class on Monday for a wide-ranging discussion with the students of his legendary career in film.

The extensiveness of Buscemi's acting career (IMDB credits the actor with more than 100 film and TV appearances since his start in the mid-Eighties) prompted Pierson to wonder why the game isn't called Six Degrees of Steve Buscemi instead of Kevin Bacon (an actor, Buscemi pointed out ironically, with whom he has never worked).

In discussing his early career prior to his first taste of national exposure in 1986's groundbreaking drama Parting Glances (which also helped kick off Pierson's legendary career as a producer's rep), Buscemi tributed East Village personality Rockets Redglare with giving him his first show-business break and John Cazale, the brilliant but short-lived actor with the hangdog face (The Godfather's Fredo) as providing his inspiration to believe that he, too, could carve out a career in acting. Although Buscemi was on leave from his job as a firefighter when Parting Glances was first released, he wasn't yet confident enough in his future to quit his job as a waiter at King Tut's Wah Wah Hut in the East Village – a place I picture (probably incorrectly) as being something like Pulp Fiction's Jack Rabbit Slim's.

And speaking of Quentin Tarantino, Buscemi confessed that it wasn't his audition that got him the job as Mr. Pink in Reservoir Dogs, but an old audition tape of Buscemi incongruously trying out for a role in a Neil Simon play that got him the job. Tarantino improbably saw that and felt that Buscemi "just looked like a criminal."

Other recollections included his early TV work on Miami Vice (the episode that stars Willie Nelson, who beats him up and uses him as a shield) and his first visit to Austin while filming Lonesome Dove. One of Buscemi's most interesting revelations came while discussing his career as a director. The "Pine Barrens" episode of The Sopranos, which looks and feels so distinctly different from the show's other episodes, was never planned to be shot in the snow. So essential to the effectiveness of that early episode, the snow was a lucky accident that was incorporated into the drama. 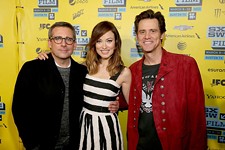 'The Incredible Burt Wonderstone' – This Is Not a Review
Celebrities and other people you don't know: Live and in-person. 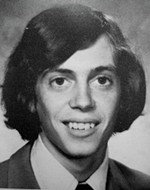