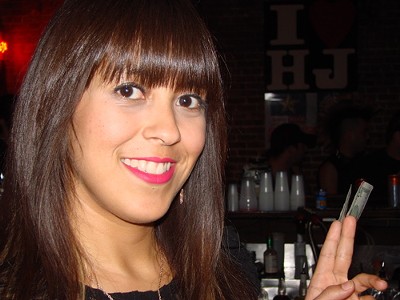 Bar Girls... and Then Some
Ooh, these photos make we want to do a series... Of photos, y'all. Don't be nasty. Come on Barbie, Let's Go Party.
Made of plastic. It's fantastic. This one's a Faggotgirl. 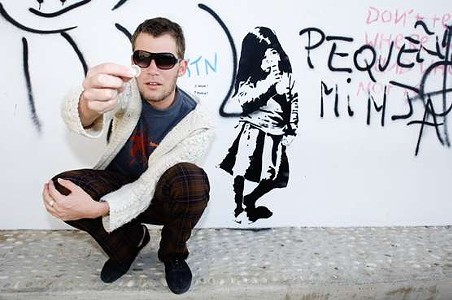 Who the Heck Is Kristoffer Ragnstam?
I have listened to the song "Sweet Bills" so many times in the past five days, screaming along, feeling it, with windows open on Guadalupe, so many times that I have worn down the album to bareness. It now skips. Balls.
But, I did get it for free and by accident (to the goddess) so hey, no worries, right? It's just that I have simply become obsessed, like every time I'm in my car, I want to hear this song. I need to. Sometimes you get those songs you love, that speak to you, that live inside you for whatever reason, the type that you start over to hear it again before the track is even done; this one, it just does it for me. I spend the whole time relating it to my life, my mother, wondering if it's about his. I dance. I even get teared up a bit. And then I start it all over again.
"Sweet Bills," the title track to the album that is circulating the States and making other wide-eyed bushy-tails ask the same thing: Who is this guy?
Who?

What Exactly Does Awthumfetht Mean?
Just when you thought it was safe, just when you thought this time of year couldn't get any more filled with those "IfuckinloveAustin" moments, Ben Aqua is back. Ah, Ben. If we were gay men, we would go all NAMBLA on his ass. Assacre. Sigh.

Last year, his experimental, electro-hardcore-metal-hypno-trip of a young man gathered all of his favorite li'l Smurf-friends around for a fun, free festival filled with freaks. (As per Ben, it's a "bizarro weirdo performance art fest.") Pha-reeeks. This year, more freaks. More fun. Still don't cost nothin'.

Because sometimes, (and only sometimes) it's a sequel thing.

PL's showcase last night at the Ale House was a twitchy, twittering, twee, peg-legged, black eye-lined ponce-fest. While not quite fey enough to be certifiably "andro," these four boys are definitely "mandro" (can I trademark that term?). Pop's falsetto is freakin' hot live. He's Prince and Bolan and that guy from the Sweet. 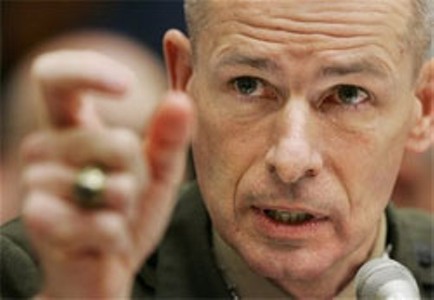 Pick a Pecker Peter Pace
Oh, it's yet another gays-in-the-military fracas. Where's the news here? Is this not a simple tow of a fairly set-in-stone Bush Administration line? Does the focus on Pace let the rest of this pervertedly homo-focused admin off the hook? Is it just me or is the name Peter Pace totally hysterical? Don't mind me... I still titter at "Joint Chiefs."

There's an interesting tussle at Pen and Sword's blog … the post itself is all over the map (the closer is pretty funny... almost as funny as the phallocentric blog name) but this comment from "Ariadne" airs what should be at the core of this debate:

"There are already harassment laws, ya know. We don't need something that basically comforts straight men with complexes about their (and others') sexuality.

For eons, men have been making unwanted sexual advances toward women and a shower wasn't even necessary! Now a bunch of scared straight boys are afraid a dude will look at their peckers, so we have to have laws and policies in place to make the boys feel safe again."

Hot Mommas Rockin'
Caught the Moaners from North Carolina at the Continental and Detroit's the Paybacks at the Ale House. Dang. Both sets cranked out new, fucked-up takes on slurpy gutter blues in ways that reflect their home bases. The Moaners are all Flannery O'Conner with lots of pounding and slide electric and the Paybacks are straight up MC5 ... not MC-505, but 5. Period.

You might say they both have the White Stripes in common: The PBs appear on a Jack Black Detroit comp and the Ms are jus' guitar and drummys. Whut? A bit of a stretch, yes, but I am morning blogging. Go look at the pics. 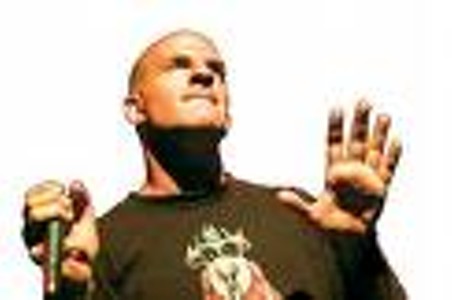 Kid Beyond, Beyond a Kid
Yes, indeed, this guy knows how to use that mouth. His voice is his instrument: "I have chosen, with my art to only use my voice, just my voice, and these are just the limitations I have put on myself for this project" speaks Kid Beyond of his four-year-old baby, an idea that spouted and haunted him, a step-up from beat-boxing to the illustrious land of live synchronization, the art of live-looping, layering vocal tracks on stage, and then singing and rapping over them (live!) during the performance.

Last night (Thursday) was his official SXSW showcase. Here's what's coming up next:

He's been beat-boxing since I was in diapers, and he says it never gets old. A Buddhist and calm soul (you just can tell), he doesn't rush to talk about his art. He is humble, he is charming. His art is just part of him, his essence ... and he just wants to be taken seriously. Earth, Wind, & Honeycut Makin' the Cut
Honeycut. Hmmm as in how they spiral slice ham?

When I gave these dudes a "Sleeper" in last week's Chronicle and compared lead singer Bart Davenport's velvet vocals to Shuggie Otis, I had no idea that the damn band covered "Strawberry Letter 23," I swear. I only knew that anyone with the vocal chops to trigger a Shuggie in my brain was all right by me. Their cover of that Shuggie classic (a big hit for the Brothers Johnson) was crazy. Spot on, but off enough to make it totally their own.