Stay home and cool off with Qmmunity’s movie, book, and TV recs

While partying outside is now cloistered to early morning hours or late at night, there’s still plenty of queer fun to be had from the comfort of your own air conditioning. Here’s the Qmmunity crew’s curation of crucial queer-centric pop culture for all y’all in the Indoor Queers Club. 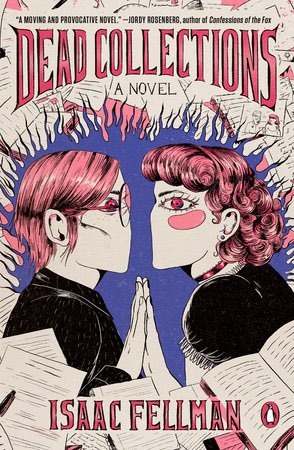 Sol is a trans masc archivist who suffers from vampirism. When he meets Elsie, the widow of a television writer whose work Sol adores, love blooms in his underground archive hideaway. But life’s still rocky for this couple as they take on grief, discrimination, and the trials of romance together. This novel truly hits all the right notes – fellow fanfic writers falling in love; a mysterious set of archival materials; and vampires. Not going in the sun for fear of burning to a crisp? How relatable! – James Scott


We Want It All: An Anthology of Radical Trans Poetics 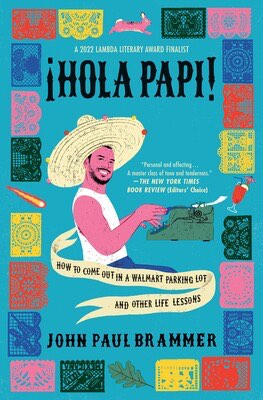 ¡Hola Papi!: How to Come Out in a Walmart Parking Lot and Other Life Lessons by John Paul Brammer

John Paul Brammer, digital advice columnist, essayist, and author of such seminal texts as “Top 5 Rat Movies I Just Made Up” and “Six Sentences I Can’t Forget,” turned his talents to memoir writing. The memoir is written in the style of Brammer’s advice column of the same name, with the author answering questions from the imagined reader like, “How do I make peace with the years I lost in the closet?” and, “How do I overcome my imposter syndrome to live my life as an authentic Latino?” Reading ¡Hola Papi! feels like getting wise advice from your kindest friend. – Mazzy Oliver Smallwood 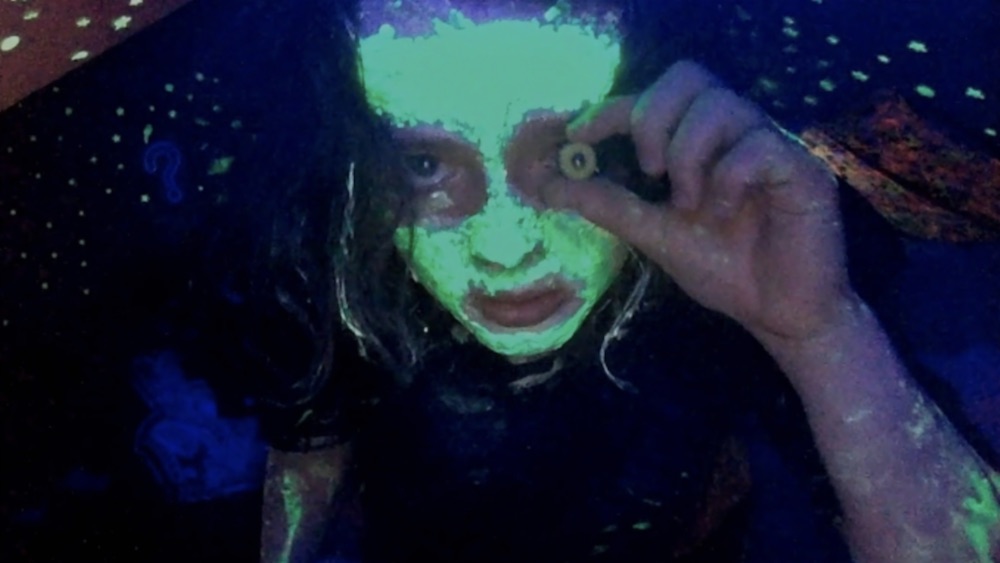 We're All Going to the World's Fair

Lonely teenager Casey sits watching internet videos all day, isolated from those around her not physically but emotionally in the cavernous space of her family’s house. When she decides to dive into midtier viral fame by taking the World’s Fair Challenge, she goes headlong into the weird world of online interactions. The feature debut of director, writer, and editor Jane Schoenbrun, We’re All Going to the World’s Fair is a film about vibes – trans vibes, creepy vibes, interesting vibes. If you have ever dug yourself in deep in an internet hole; if you have ever talked to an online rando who seemed nice until they weren’t; if you have ever been lonely and a teenager: Guess what? You’re going to the World’s Fair. – J.S. 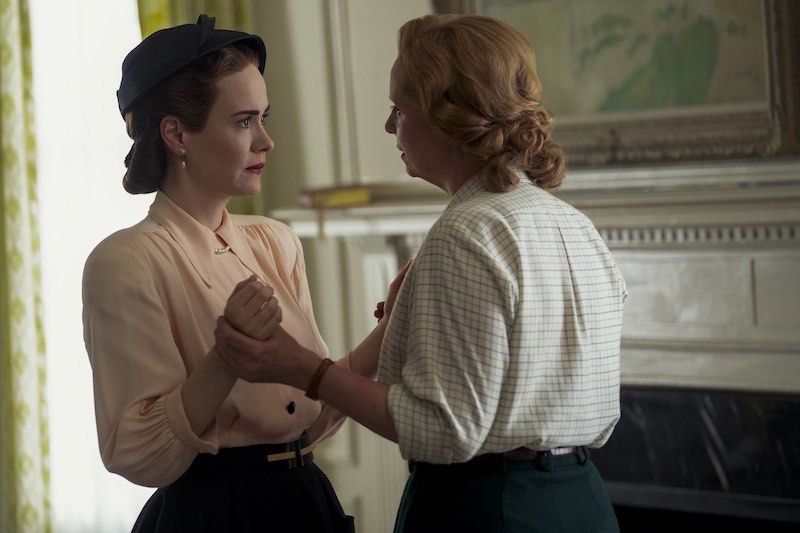 Ratched tells the origin story of One Flew Over the Cuckoo’s Nest’s monstrous Nurse Mildred Ratched as she wrestles with childhood trauma and internalized homophobia, which both keep her stuck in the past. The show has Ryan Murphy’s campy, viscerally gory horror sensibilities with lots of heart; bold, rich colors; and beautifully detailed vintage-inspired costumes. The central love story between Sarah Paulson’s Mildred Ratched and Cynthia Nixon’s Gwendolyn Briggs, a lesbian in a lavender marriage, beautifully captures the horror of first discovering your queerness and the euphoria of embracing it.  – M.O.S 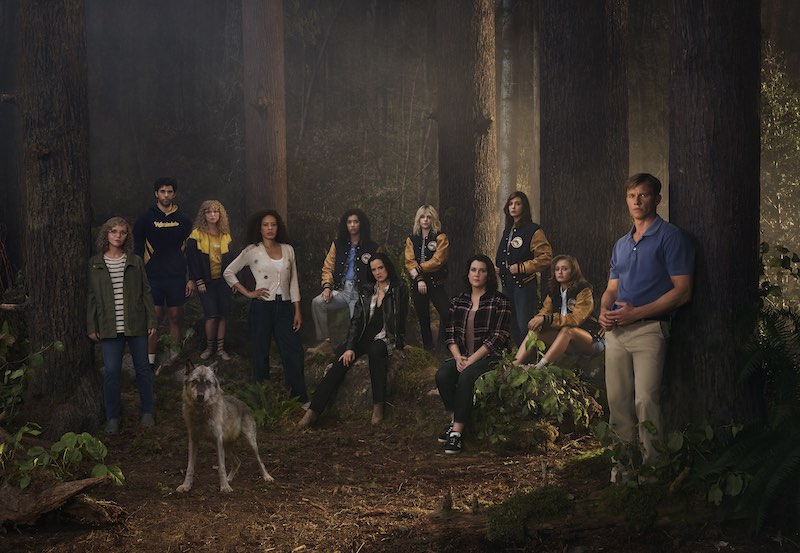 This psychological drama follows a talented girls high school soccer team after they survive a plane crash deep in Canadian wilderness. Both the aftermath of the crash during the Nineties and the future of their healing from those traumatic events are shown. It’s a really cool show with a queer main character, played by Tawny Cypress as an adult and Jasmin Savoy Brown as a teenager. It’s also got a cool alt-rock soundtrack and feels really nostalgic – if not because of the music, then for the familiar faces of Christina Ricci, Juliette Lewis, and Melanie Lynskey. – V.V. 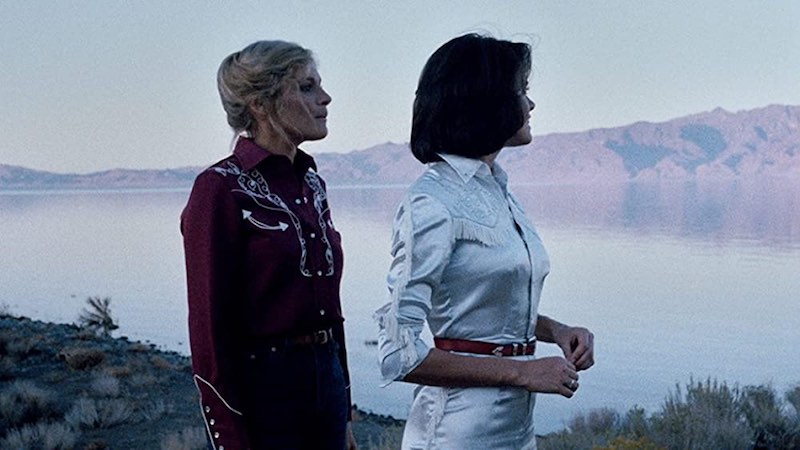 1986’s Desert Hearts is set in Fifties Reno, Nevada, where Vivian, a prim and proper New York professor, comes to get a divorce and instead falls in love with the tasseled-jumpsuit-wearing Cay. It is a “simple” story, as Roger Ebert called it the year it came out, but what makes it special is Cay’s unapologetic outness in her dude ranch community – men pretty much leave her alone and she has many FWBs. (The best line: “How you get all that traffic with none of the equipment is beyond me,” a cowboy jealously remarks.) There’s a bi character! Semi-explicit lesbian sex! It passes the Bechdel test with flying colors! Plus, the relative ease with which the main couple makes it is still remarkable in modern queer movies. Pour yourself an iced tea and sprawl out in the A/C with this country/Western love story set to a Patsy Cline soundtrack. Afterward, you can read a great essay on the making of the film here.  – Lina Fisher

Ready to head outside and touch grass? Check out Qmmunity's event listings to find LGBTQ happenings all around Austin! 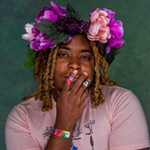 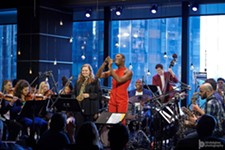 Five Films Not to Miss at aGLIFF
Fashion, wrestling, and giallo onscreen at the queer film fest

Welcome to Austin, Little Queerdos!
Advice from the queero community on making your time in Austin count 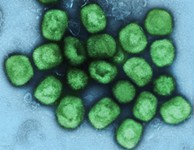 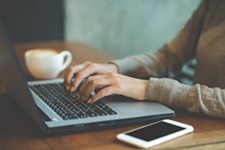 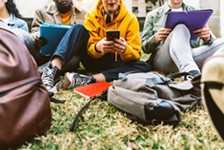