On October 12, 1985, at an Austin pool party to celebrate Día de la Raza, a revolution began. That revolution called itself the Austin Latino/Latina Lesbian and Gay Organization (ALLGO), now known today as allgo.

allgo, founded by a group of Latinx and Chicanx queer folks, was born out of the need for its members to create an intersectional space for Austin’s diverse queer communities. At a time when mainstream queer activism did little to include non-white communities and mainstream Latinx activism ignored LGBTQIA issues, founding member Saul Gonzalez said creating a grassroots organization like allgo was vital – and brave. “We were told you’re dividing the community,” reflected Gonzalez. “They didn’t get it that we needed a safe space,” especially amongst predominantly white queer spaces and predominantly straight Latinx spaces. “The fact that there were LGBTQ Latinos that came together, that was a political act,” said Executive Director Priscilla Hale, who joined the org in 1998. 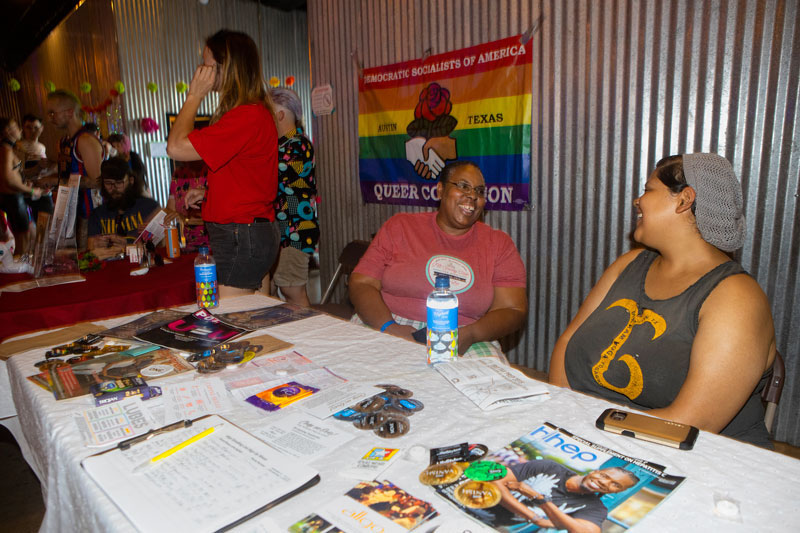 Earlier this week on the 35th anniversary of that Día de la Raza pool party, the org hosted a virtual community reflection to celebrate its milestone birthday. Led by longtime allgo community member, L.A.-based playwright Sharon Bridgforth, the event was an opportunity for allgo’s original members and elders to reflect not only on how far allgo has come as an organization but also to acknowledge the many names of people who have passed through the community.

Though allgo served as a social space-maker, much of the org’s work in the Eighties and Nineties also focused on HIV/AIDS care and outreach to Austin’s communities of color, LGBTQIA or otherwise. “In response to the lack of resource, support, and humanity being given to not only Latino and Latina communities but people of color in general that were impacted by HIV and AIDs,” allgo formed its Informe-SIDA program, said Bridgforth, who joined allgo in 1989 as a disease intervention specialist to assist with HIV/AIDS outreach. Informe-SIDA worked to prevent and educate about HIV/AIDS through HIV testing, street outreach, and social services within an anti-oppression framework. “I look back and I’m in awe at everything we figured out how to do,” said Maria Limon, another founding member. “I’m still sick to my stomach at how good we got at helping people die. We were in our twenties.”

Thirty-five years later, allgo continues to serve queer communities of color across Central Texas, though it’s shifted from HIV/AIDS work as its primary focus as demands for services have changed over the years. The org has expanded to encompass cultural arts, health and wellness, and social justice programming to meet queer people of color where they are through an annual health fair, community healing workshops, and an artist-in-residence program. Another change came in 2006 when Ebony Connection, a Black queer org in Austin, shut down and allgo decided to change its name from the original acronym, Austin Latino/Latina Lesbian and Gay Organization (ALLGO). While allgo originally was created as a Latinx queer org, it has alway been a space for diverse queer communities of color to come together, and the name change was made to reflect this expansive vision of community.

Monday’s community reflection gave allgo the opportunity to show off its new campaign, "sustain the movement," with allgo’s long-term goal of being more self-sustaining. And the celebration isn’t over. If Monday was the day for reflection, this weekend will be for the party. This Sat., Oct. 17., allgo is hosting its “Anniversary Extravaganza.” Hosted by Foxxy Blue Snacks, the virtual showcase will spotlight special performances from Bridgforth, G'beda, Krudx Cubensi, and more artists and activists from allgo's past, present, and future, plus a virtual dance party with DJ Chorizo Funk. 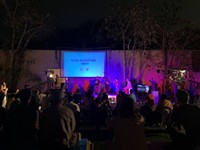 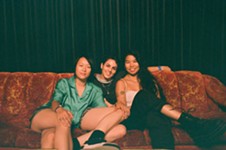