If there’s one good thing about quarantine, concedes local rapper Dorian Delafuente, it’s more time in his day to work on his art.

It’s a process that’s allowed Delafuente, who performs as BabiBoi, to conceptualize a music video – his first ever – for his newest single, “Molasses,” which releases today. Coming off certified-bop praise for earlier earlier singles “Lepore” and “Miss Bitch” in national outlets Billboard and Paste, “Molasses” is a sonic rapture of raunch and rhyme that picks up Delafuente’s goal to release 12 singles in 12 months.

We chat with Delafuente, who’s also a member of queer performance collective House of Lepore, about the influence of ballroom culture, queer aesthetics, and why he doesn’t – and never will – conform to heteronormative BS. 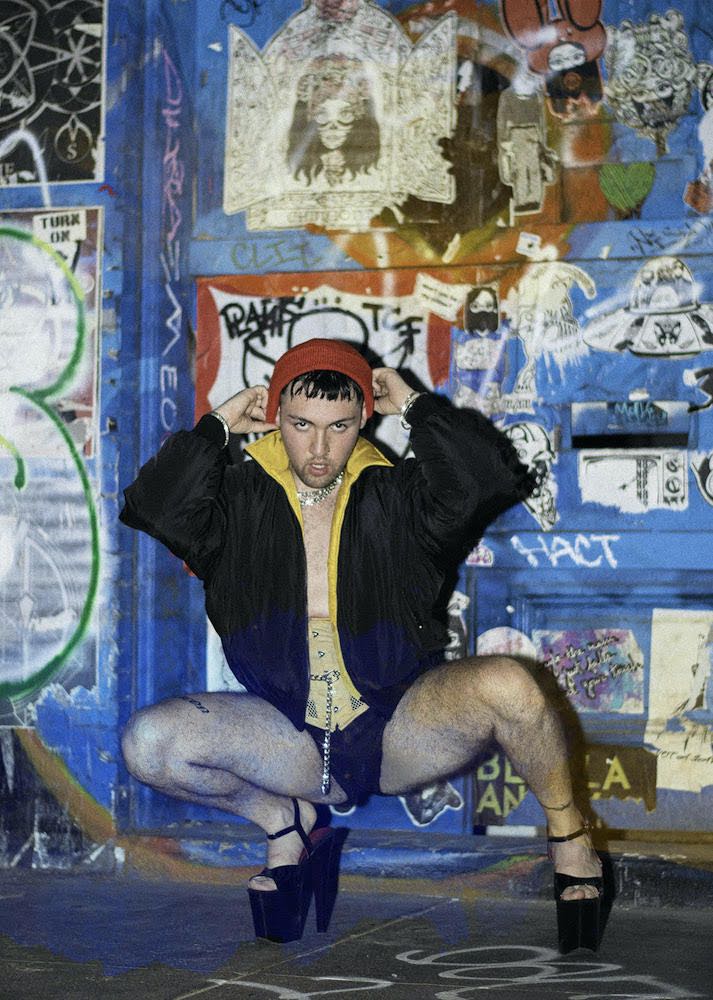 Austin Chronicle: “Molasses” is your fifth single release of the year. How do you see “Molasses” in relation to your earlier singles?

Dorian Delafuente: At the top of the year, I set a goal for myself to release 12 singles in 12 months as a way of growing an audience and building a larger discography. I released “2020 Vision” in January, “Break a Bed” in February, “Lepore” in March, and “Miss Bitch” in April.

However, by the time May came around I decided it was more important that I shift my attention and use my platform to spotlight other things happening in the world. With that being said, I think what makes “Molasses” special for me is that I really stepped it up for this release. I got to sit with the song longer and conceptualize a video that I originally was not planning on. One good thing about quarantine is that I have more time in my day to work on my art.

AC: What was your guiding creative vision when conceptualizing the video?

DD: When I was creating the shot list with the director, editor, and director of photography, Hannah Varnell, I decided I wanted the video to be shot in all wide angles in big vacant locations to create this feeling of empty space. I also wanted to play with the idea of time lapses by creating two different moods, one being a dark, stormy night, fetish parking-lot scene, and the other being a sunny, whimsical, brunch scene that draws inspiration from movies like Alice in Wonderland and Midsommar.

There’s also a scene towards the end of the video that’s inspired by a photoshoot that Amanda Lepore did with David LaChapelle in 1997, called “Pizza Boy He Delivers.” I wanted to pay homage to Amanda with the help of my House of Lepore sisters, Shayla Shimmy and Gilbert Votion, that both make cameo appearances in the video.

AC: So, House of Lepore is a group of queer performance artists that host and perform at parties around Central Texas, most notably balls. What is the relationship between ballroom culture and your work? 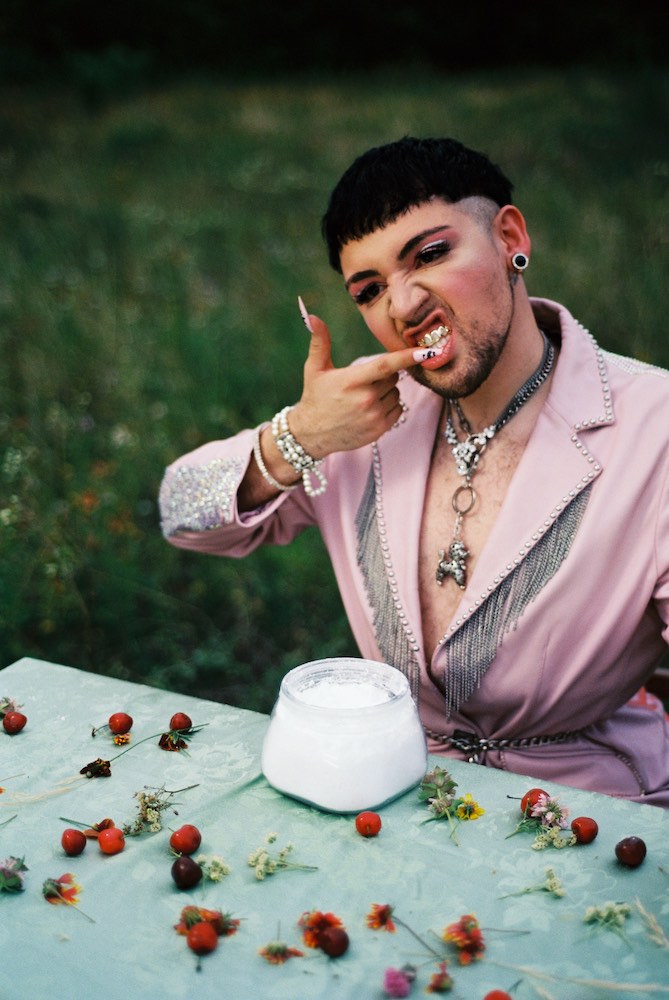 DD: House of Lepore was brought to life by my mother, Natalie “Girl6” Lepore. She’s actually from the Philadelphia ballroom scene, and when she moved to San Antonio, she brought the culture with her and created her own kiki house, named after iconic Club Kid: Amanda Lepore. With her guidance, the Lepores have been able to create this scene in Central Texas that pays respect to ballroom culture while also educating audiences that are unfamiliar with it.

I think the role of the ball commentator is something that’s really epic, and mother, who is also a rapper, is always trying to keep me on my toes when it comes to cadences and flows. A lot of times she’ll make me commentate in real life so some of those random bits that I’ve freestyled have definitely reappeared and influenced my music.

AC: Let’s talk about fashion. You draw inspiration from cowboy culture, leather fetish gear, and, of course, those high, high platform heels in the video. How does your queer identity influence your aesthetics?

DD: I think my queerness is definitely the first thing someone notices about me when they see me coming. I like to look sexy because my music makes me feel sexy. I think my music really stands in its queerness and allows me to feel confident about who I am, so the people and aesthetics that I’ve always looked to are very similar in that way. Obviously the rap girls like Lil’ Kim and Missy Elliott, but also celebrities like Marilyn Manson, Grace Jones, and, of course, Gaga.

AC: In your press kit, it says you use your “raunchy demeanor” and “radical queerness” as a way to give life to a community misrepresented both in hip-hop and the music industry as a whole. In what ways do you see this misrepresentation of the queer community happening? And how does your work correct such misrepresentation?

DD: One night I got bored and went onto a couple of major hip-hop music publications, and decided to look up key words like “gay” and “queer” just to see what would pop up. Pretty much the only queer hip-hop artist that these publications have covered, especially recently, is Lil Nas X, and besides that everything else that popped up was quite homo/trans phobic. Lots of straight male rappers calling each other slurs and making statements about queer people in very derogatory ways. Even Lil Nas X has said that he was afraid to come out because he didn’t want his sexuality to affect his success in the music industry.

It’s just obvious to me that queer people are not welcome in hip-hop quite yet, and if you are gay, you sort of have to play this very heteronormative character to get played anywhere. My music doesn’t adhere to that BS. I can rap definitely; I have style definitely; and I’m not compromising anything to be accepted by anyone.

New COVID Milestones, but the Same Message: Get Vaccinated
Austin Public Health reflections on the road to herd immunity