Pride hath no zeal like a bunch of queers determined to celebrate – and party for a good cause – in the midst of a global pandemic. Just look to this Sunday’s Texas Pride Online, a statewide fête bringing together 30-plus queer and trans artists from all over the Lone Star State for an evening of virtual performances and fundraising. 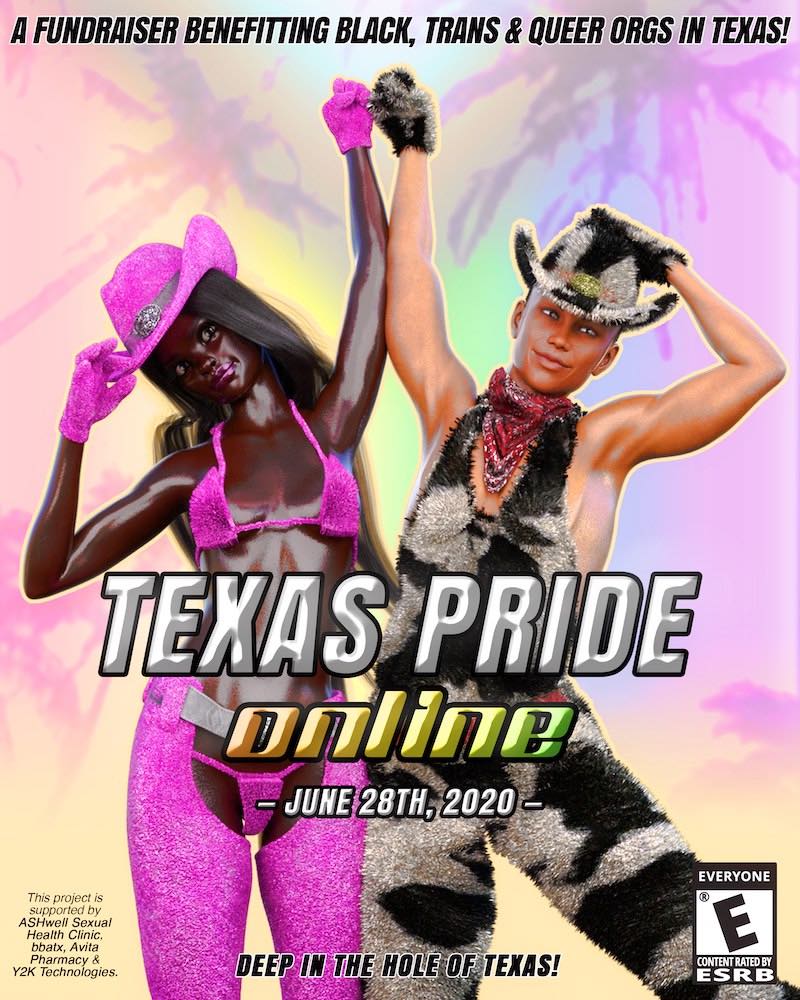 Austin’s perennial queer space-makers Y2K and Dykes You Should Know – aka Beth Schindler, Anita Obasi, and Lex Vaughn – are responsible for the ATX bill, with production assistance from p1nkstar. Y2K tells us the team was already in the process of planning a virtual, alternative Pride celebration for Austin artists when they realized they could tap into their connections for a statewide celebration. As a result, qweeah curators in select cities – Dallas, Houston, Austin, San Antonio, El Paso, West Texas, Corpus Christi, and College Station – have assembled a Lone Star lineup that any and all can tune into via Zoom. Proceeds will benefit Texas orgs that support Black, people of color, and queer and trans communities year-round: The House of Rebirth, Austin Justice Coalition, allgo, Transform Houston, and Montrose Grace Place. While Texas Pride Online is free, donations are encouraged; the goal is to raise $6,000.

Ahead of Sunday’s event, we chatted with p1nkstar, Y2K, Schindler, and Vaughn – who will also be performing – about the past and presence of Pride celebrations, and how Texas Pride Online could shape future Prides to come.

Austin Chronicle: When we think about Pride celebrations, it's always been this idea of taking up physical space and coming together physically, but now we're having to shift from IRL to URL. In a way, it might make Pride more inclusive for people who might not be able to go for whatever reason. What are your thoughts?

p1nkstar: That's definitely super true. Something that I've been thinking about with digital events in general is, "What is stopping us from using our phones to livestream and live caption events?" This digital change is probably going to change a lot of the ways in which we organize and hold space together in the future, and livestreaming is a way to make it more accessible.

Beth Schindler: I was born before the Internet. There's a silver lining in here for me. I'm working with what I got, but God damn, it's not what I want at all. There's a huge disconnect, like so much of the power in which we're able to create is through spending time together.

There's a lot of conversation right now around talking about the differences between rural queers and queers that live in cities, and what that actually looks like for [rural queers] getting access to big Pride events – a lot of times it doesn't happen. So, this does feel like one of those opportunities to really open up the door and have everybody be a part of it. … It feels really inclusive and I'm grateful that there is this opportunity for that.

Lexington Vaughn: I feel the same. … I'm a people person, like I want people touching, but [with Pride events online] there is no police presence and there's no advertising … so that’s the bright side. … Unfortunately, we've had to return to the revolutionary roots, but it is bringing people together in a more fuck-you way, which I love. It's not preferred, but it is happening. 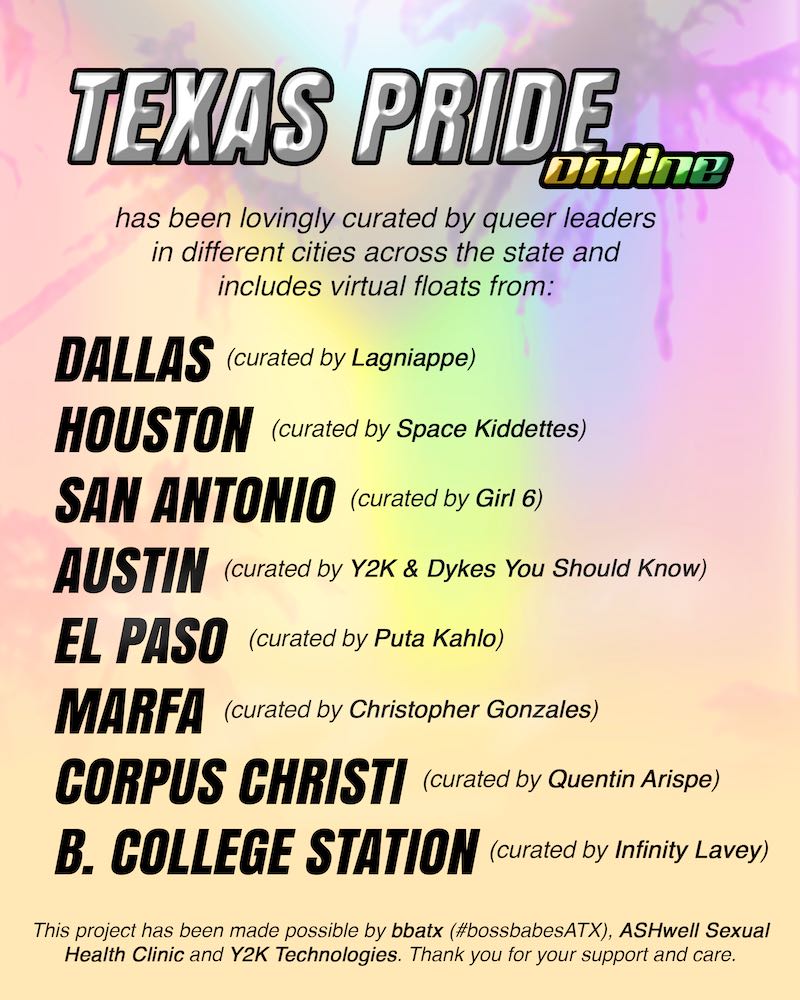 AC: Talking about returning to Pride’s revolutionary roots – obviously that’s something that I agree with, but at the same time, if we're going to call for a return, I think we have to ask, “How did we get lost along the way?”

Y2K: I think it just became very corporate and money hungry. But obviously from that there became sub things like Queer Bomb and other awesome events over the years because of [Pride] turning into a corporate monster.

LV: Historically speaking, after Act Up and after we rallied and rallied and rallied, and we pissed enough people off to get AZT, it was like "Okay, we got all we wanted." And advertisers were like, "Huh, gay men have a lot of expendable income." ... That's the beginning of corporate entities entering Pride and normalizing all the boycotts.

BS: Initially, that did feel like a really big deal. It did feel like people were taking a stand for our community. It did feel like, "Holy shit, Budweiser has a neon rainbow sign in the gay bar." But as we've gotten more accustomed to these things, we can see the transparency and just this throwaway of a gesture.

AC: What's the power of a statewide Pride celebration like Texas Pride Online?

Y2K: Going into this, I didn't think it was going to turn into this many cities actually participating, and it's so cool to see all these performers on the lineup. … We were even talking about how this would be really cool to do again in the future, even if it's not online. We could host it in different cities of Texas every year.

BS: Imagine how cool it is to be in Corpus Christi and be like, "Oh shoot, there's my home girl onstage," and all of these people getting to see them. These little bitty pockets of a scene might be two people, but that's their thing and they're doing it and they're making that happen. So, it's really nice to be able to expose ourselves and each other to these scenes.

p1nkstar: What Beth is talking about is like what happened with Marfa. The person that we reached out to was like, “There's not a lot of a scene here, but I can put some people together from different small towns in West Texas.” That's amazing. 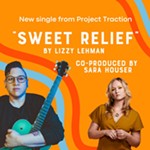 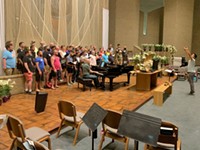