The Legacy of BT2 and Beyond

When I first reached Tino Calderon, the BT2 co-owner was busy packing up an icon of Austin’s gay nightlife. It was less than 24 hours after the North Austin gay bar had announced its permanent shuttering: In the wake of COVID-19’s financial fallout, Calderon and co-owner Ray McDermett had decided it was time to fold.

Partners both in business and in life, Calderon and McDermett have a 30-plus year legacy helming Austin gay bars: Private Cellar, 505 Club, Charlie’s (later Charlie’s Austin), and ’Bout Time. BT2 – the second iteration of ’Bout Time – was the pair’s latest establishment, which first opened in 2012 as ’Bout Time II. (David Green was also co-owner in BT2, but Calderon and McDermett say Green’s relationship with BT2 ended in 2016.)

Over the phone after another long day of packing, the couple reflected on their first time in an Austin gay bar, the changes they’ve witnessed in the industry, and their favorite memories of the ’Bout Time family. 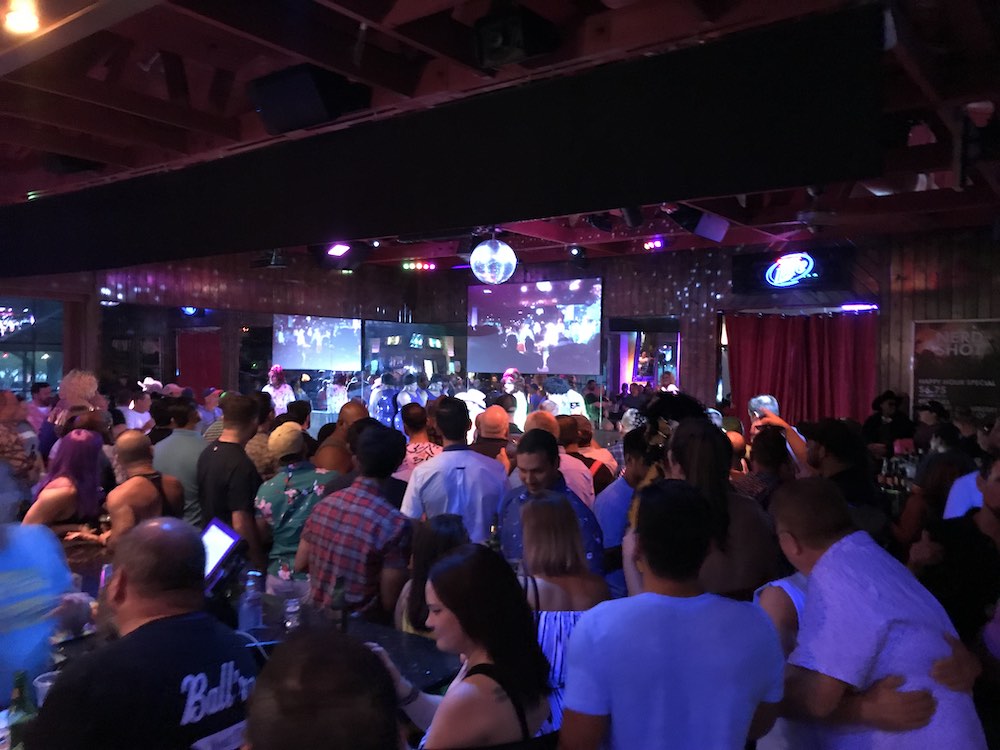 Austin Chronicle: Why is BT2 closing?

Ray McDermett: Actually, the closure has been thought of for quite a long time now. We lost money operating the bar the last three or four years to try to keep it open. … We’ve been doing this for about 35 years. Right now I’m 81 years old and it’s just time to quit.

Since we had filed bankruptcy back in September, the bar had started doing pretty well. We were able to pay the bills. But then when this came along, because we were in bankruptcy, we did not get the payment plan with the government. Even if we had decided to keep it open longer, we would have had to do business [with the 25% capacity rule]. We couldn’t have paid the bills anyway with that.

The business has been fun; we’ve had a great time. We started in the gay bar business back in 1982 with the Private Cellar and in 1984 with Enzo’s, a straight bar, and the next step was Charlie’s. It used to be called Uncle Charlie’s back in the Eighties. We shortened it to Charlie’s and then Charlie’s Austin. … We had the 505 Club and moved it over to Fourth Street and that was in 1990.

We got the original ’Bout Time in the Eighties. Back then it was just a little bar that used to be called the Windmill Lounge or something like that. We did some remodeling on it and over the years, it just grew and grew. We probably wouldn’t have closed it except the lease ran out [in 2011].

Tino Calderon: We also had a Charlie’s location in Lubbock for a while.

AC: How long have you guys been partners?

TC: We actually met at the Private Cellar before we owned it.

AC: You guys being around for 35 years and a little more, you’ve probably seen a lot of gay bars come and go.

TC: For sure, a lot of them have come and gone. One thing I always tell people is for the longest time, I always remember there being nine gay bars from the mid-Eighties to the early Nineties at least.

RM: Back in the early Eighties, gay bars were the only places that gay people went. You weren’t really welcome to go into another club. You couldn’t hold hands; you couldn’t dance; you couldn’t kiss; you couldn’t do anything. But in a gay bar, that’s where people were able to be themselves and relax. Nowadays it’s come to a lot [of non-gay] bars that even have gay days or gay nights.

AC: What are some of your favorite memories of Private Cellar?

RM: It had two stories. The main floor was a cruise bar, more or less, and the downstairs was for music and dancing – we had bars in both places.

TC: I learned to DJ there, and that’s what I did when we first started getting in the bar business. [Private Cellar] will always be unique to me because anytime you walk into a bar and you go down into a basement and you hear the music pounding as you’re walking in – it’s a fun feeling. Private Cellar just seemed like the perfect place for that kind of escape. AC: How have you guys seen the gay bar business change in Austin these past 35 years? For better or for worse.

TC: With the development of Fourth Street, people go down there, park once, and that’s their mecca. Some of them don’t even venture out; a lot of people didn’t even know about ’Bout Time and probably still don’t because of our location. We were more of a destination, and that kind of hurt us, I guess, in a way. Even when we were at Charlie’s down on 13th and Lavaca, it was still Downtown, but it wasn’t the Warehouse District. We noticed toward the end of that run there business going down a little bit.

AC: How long have you guys lived in Austin?

AC: When you guys pulled up to Austin, how many gay bars were there? And what was it like going into one?

RM: There was the Private Cellar, and then Red River Crossing, Sally’s Apartment, Nexus, and another bar called the Hollywood.

TC: I remember the very first bar I went into – it was Austin Country. It sounds like a country bar, but it was a disco. It was 1979. It was incredible. Another one that was in town at the same time was called Texas Colorado Street Bar, which was where Highland is now.

AC: How old were you?

RM: For me, I never came out until I moved to Austin. I was 42. It was a long time coming out for me. … I’d just separated from my wife and so I was just doing some running around and visiting family [in Lubbock]. I stayed there for a little while and then I made up my mind that Austin was where I was going to go. I had been here about two weeks when I met Tino. 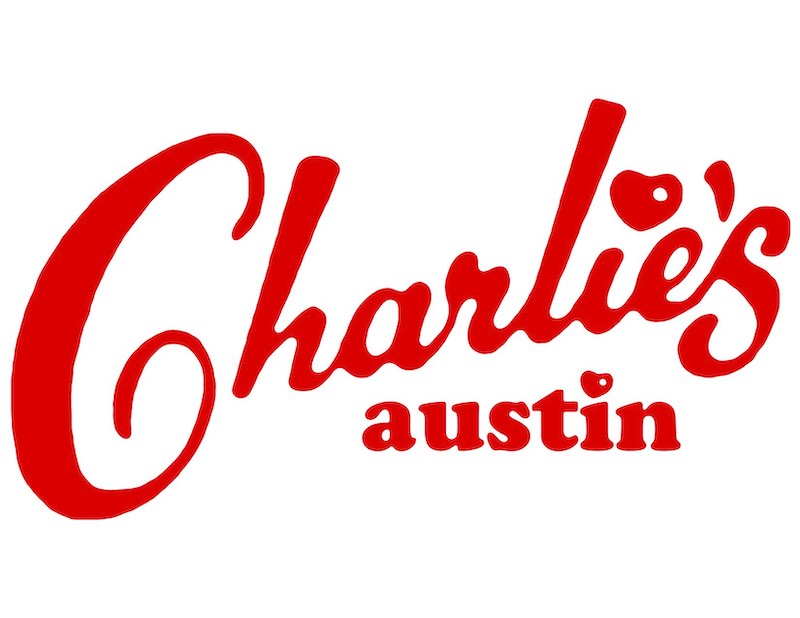 AC: When I called Tino earlier, he mentioned the events your bars threw for community efforts, like Christopher House. I’d like to hear more about that history there.

RM: I think it was around 1983 when AIDS appeared in Austin. We gave a lot of benefits for AIDS Services of Austin that was just starting out, because they didn’t have any grants at that time. We had a lot of benefits to help build Christopher House.

Christopher House was a place where people went to die. We had some sad times during 1986, 1987, 1988. A lot of people were dying. For our bartenders [who had AIDS] and had been with us a good long while, we supported them even after they couldn’t work. We couldn’t pay them the full money they were making, but we paid them enough money to exist. It was a sad time; we had a lot of employees who passed away.

TC: Are you familiar with the publication This Week in Texas?

TC: One of the things that’s changed over the years, as far as the gay bar business, is where you can advertise and where people can find information about you. The internet is what it is, but back then all we had was [This Week in Texas]. That was where people would know to pick up the information they wanted to know about the local scene or scenes from anywhere else in Texas. Ray might have something to add to that.

RM: One thing I should add is that the very first organization that the gay bar owners had in in Texas was BOAT, Bar Owners Association of Texas. We worked with [the late LGBTQIA rights activist] Bettie Naylor. I traveled some with Bettie. We talked about getting gay bars in every city to join so that we’d have a say-so with the Legislature. We had it going pretty good there for a good long time, but it just seemed to sort of fade away – bar owners change, bars open, bars close. We had another one in later years called Austin Tavern Guild.

AC: What are some of your favorite memories of BT2?

TC: One thing we did over the years – this past year was the first year we didn't do it – was every Thanksgiving and every Christmas, we would offer free turkey dinners for people that didn’t have family, or maybe they did, anybody was welcome.

Because of finances this past season it was too hard to do that this time. It was sad. Some of the memories can be sad, too. I think just being proud of people coming to our bar is one of the happy things that I remember.

Calderon has organized a GoFundMe to assist BT2’s employees in the wake of the bar’s closing. You can find the GoFundMe here.

In an effort to preserve BT2’s history, please send your memories – and any accompanying photos – to qmmunity@austinchronicle.com for Qmmunity’s “barchive” publication consideration.

*This interview has been edited and condensed for clarity.