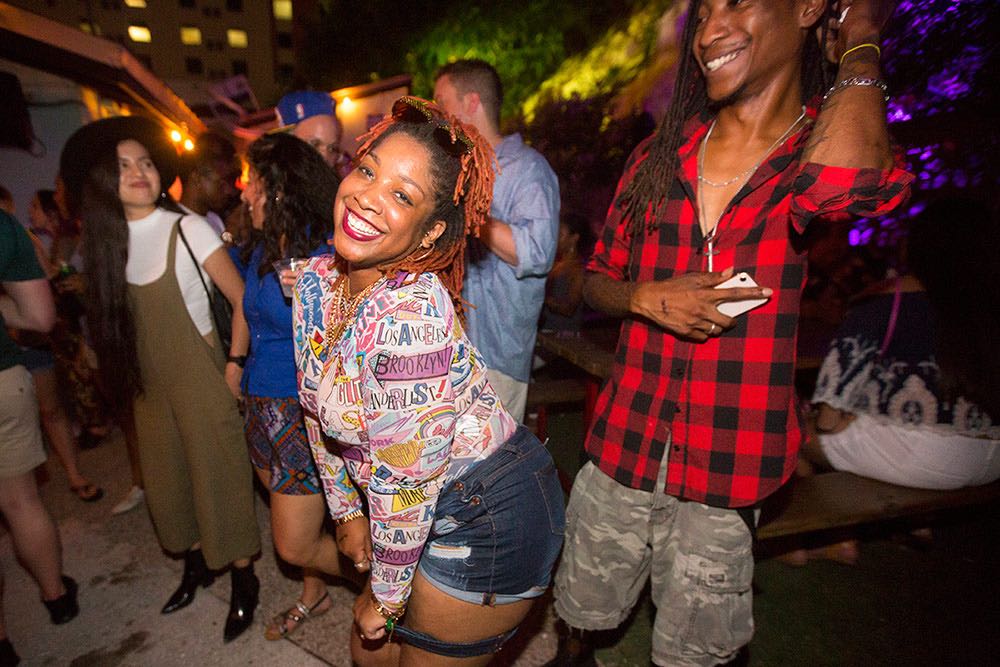 The wave of Pride celebrations around the world canceling or rescheduling amid COVID-19 concerns has sadly (and perhaps inevitably) reached Austin.

Late last week, Austin Black Pride announced it was canceling this year’s fifth annual celebration scheduled for June 7-14; now, QueerBomb organizers tell Qmmunity its in-person march and rally – set for June 6 – have been called off in light of the pandemic.

Austin Black Pride and QueerBomb’s cancellations come on the heels of Austin Pride’s announcement last week that its Fiesta Gardens festival and Downtown parade are currently confirmed for Saturday, Aug. 15. (Austin Pride declined Qmmunity’s request for comment on the organization’s plans for August.)

In a letter posted to Facebook on April 18 announcing Austin Black Pride’s cancellation, ABP wrote: “There is no higher priority than the health and wellbeing of the Black LGBTQIA community. In light of the continuing global impact and community spread of the novel coronavirus disease (COVID-19) – and in accordance with public health recommendations, Austin Black Pride has made the difficult decision to cancel.” Sheldon Darnell, co-founder and president of ABP, tells us the cancellation was hard but “definitely necessary.” The decision, Darnell explained, was made “easier” for several reasons. First and foremost being people’s health, but Darnell also pointed to ABP’s year-round programming and its plans to pick up virtually as positives that might take the sting out of ABP’s cancellation.

At the moment, Darnell said ABP doesn’t have plans to organize a full week of virtual programming coinciding with the original June 7-14 dates. Instead, the focus is on the here and now. “I think our goal was more so to offer something immediately, just to get virtual programming into the hands of people now.” This includes mental and spiritual wellness check-ins, fitness classes with ABP board member Rocky Lane and queer workout guru Erica Nix, and a journal/book club. “We want to make sure that people's mind, body, and spirit are taken care of while they’re at home.” This year ABP received a core funding grant from the city, which typically should fund the contracted activities applied for originally; however, Darnell said the city’s been “very gracious and [is] being very flexible with those funds,” which has allowed ABP to purchase the digital infrastructure needed to pivot to virtual programming.

Scheduled for the first Saturday in June, QueerBomb is also pivoting from IRL to URL. QueerBomb administrative member Sage A. West tells Qmmunity the anti-corporate, all-DIY affair – a Downtown march plus a pre- and post-march party at Fair Market – is planning to do something virtually June 6 instead. West also said QueerBomb is hoping to reschedule the march and party later in the fall “if it’s a viable option by then,” perhaps around National Coming Out Day (Sunday, Oct. 11). “Our decision whether or not to have an event in the fall is completely dependent upon whether it's safe to do so by then,” West emphasized. “Regardless, I hope we can find a way to bring the community together in some way after all this.”

In fact, according to Darnell, QueerBomb and Austin Black Pride are looking at October as a potential alternate Pride month, in which ABP, QB, and “potentially any other organizations that throw [Pride] events in June” would host in-person events, but nothing is solidified yet.

Stay tuned for any updates at the Chronicle’s Qmmunity.