Being stuck in a house with people who seem to live on opposite poles of the political spectrum is the reality a lot of the world shares right now. Though it’s essential we all do our part to help flatten the curve and stay home, this might also mean your weird, Republican dad is as inescapable as your crunchy, progressive sibling.

However, what if – and work with me on this, okay? – what if this reality of polarizing viewpoints being mashed together was really, really funny? 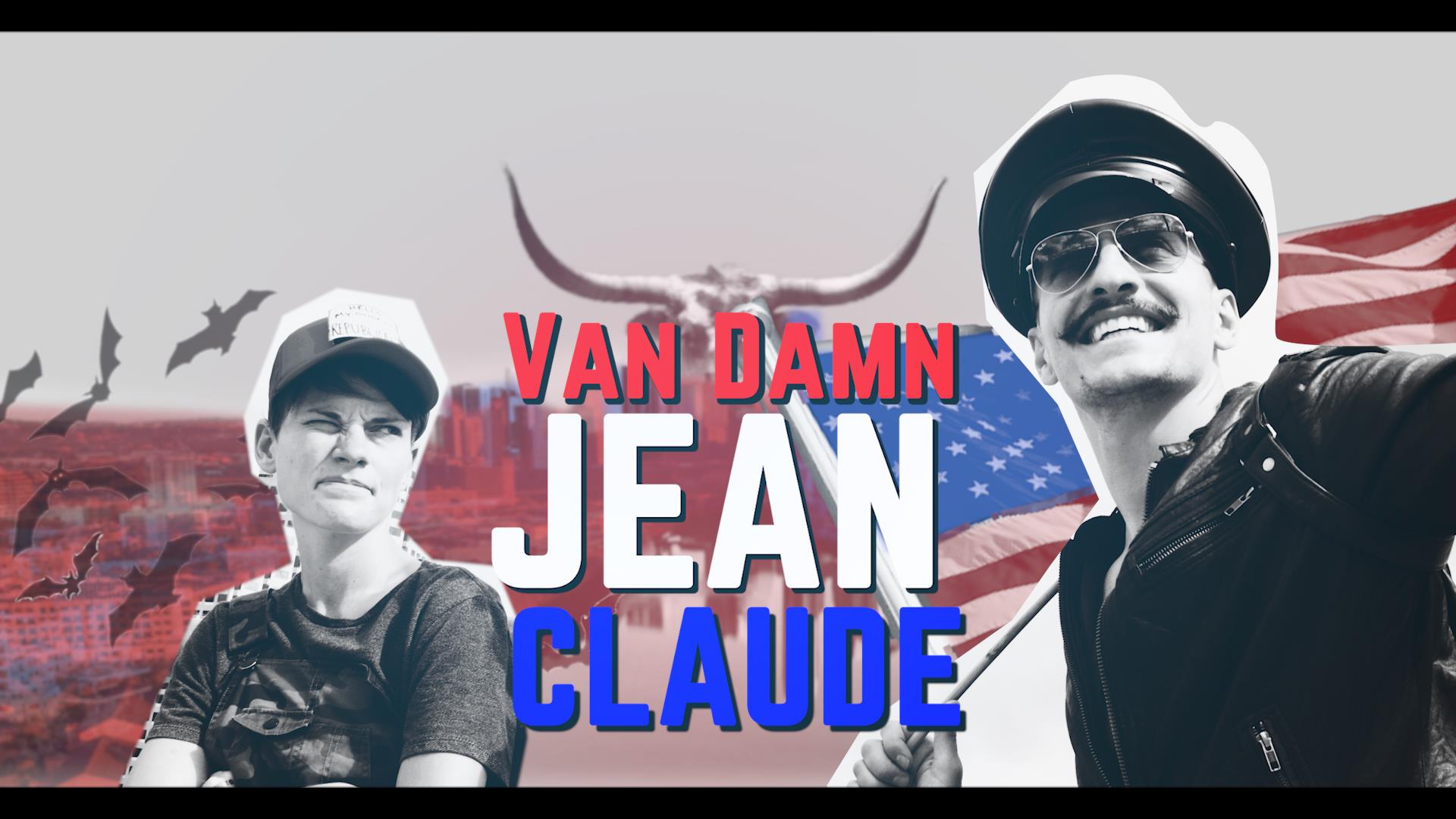 No need to ask what if, to be honest, if you’ve seen the first three episodes of local web series Van Damn, Jean Claude! Creator and local comedian Colton Dowling calls the show “a buddy comedy that is mapped over the polarization of America.” In the aftermath of a “not-so-tragic accident,” Dowling’s character, Colton – an aspiring stand-up comedian and “‘kept-boy’ of his rich Muscle-Daddy” (Joe Lenz) – is left to raise his newly adopted son, ultraconservative 10-year-old Jeff – renamed Jean Claude to better suit Colton’s effete sensibilities (and played by local comedian Arielle Isaac Norman) – in a super gay, free-spirited household. An official selection in this year’s dearly departed SXSW, the show recently released the first three episodes for free in tandem with a Kickstarter to help keep making more.

Like many, the show’s cast and crew are dealing with the fallout of COVID-19’s devastating blows to almost every industry. Dowling says the majority of the people who work on Van Damn worked in the service industry as well, meaning their livelihoods have taken a big hit. Despite some urging him to put the show’s Kickstarter to rest due to the uncertain financial future, Dowling asserts it’s more important than ever to keep the show rolling since the job market for many has dwindled to what work people create for themselves. “We wanted to make more Van Damn, Jean Claude! no matter what,” he says, “but now it’s like, well, what other jobs are there?”

Striving to call attention to the absurdity of both extreme liberalism and conservativism, the series pokes fun at the wildness inherent in the intense political spectrum. This no-specific-agenda approach is what allows for jokes about school shopping in a gay menswear boutique and using a knife and fork to eat toast alongside Jean Claude’s little, MAGA-adjacent red hat (emblazoned with a literal “Hello, I am a Republican” sign). Van Damn, Jean Claude! is a skewering of stereotypes for right- and left-wingers alike, all filmed with the sprawling backdrop of Austin.

Much of Van Damn’s humor is garnered from a writers’ room full of varied opinions, including, yes, a self-identified Republican. Dowling points out that since the series is “highlighting two different characters in a way that would truly disturb each other,” the writers’ goal was to create a synthesis of clashing opinions – a show exposing that “tribalism doesn’t work.” Dowling summarizes, “[If] you don’t seek to find some medium, then you will fall down the steps.”

The foolishness of ideological tribalism wasn’t the only aim of Van Damn. Dowling says many local comics have a difficult choice when pursuing their careers: To move to L.A., or not to move to L.A. “There's not necessarily [a comedy] industry in Austin per se. So we have to create it [here] ourselves or move to L.A. Those are our only two options.” By casting local comedians, Dowling wants to represent the city’s impressive stand-up community. Expressing frustration with seeing many a good stand-up comedian forced to fit within late-night television’s risk-management version of fun, Dowling says the show isn’t about replicating the same comedy industry found in L.A., but “giving a different perspective from the corporate block” with many queer Austin comics (“The fact that we’re queer is because vanilla is bland for me. I just book interesting voices.”).

“I think living beyond [corporate-created humor] kinda brings a truer sense of reality,” Dowling says, “rather than a shined-up spit-plate of who they think comedy should be.”

The Kickstarter for Van Damn, Jean Claude! runs through Thu., April 30, with a goal of raising $5,000. As always, do your own due diligence before you back anything.