Then we must ask if it is okay to touch them during the films – perhaps driven to cuddle with a S.O. or cutie while bodies writhe on-screen. The audience must perform these questions twice: Once where we answer, “No,” both times, and once where we answer truthfully. Our presenters tell us that a round of “No” is to prepare us to hear rejection. 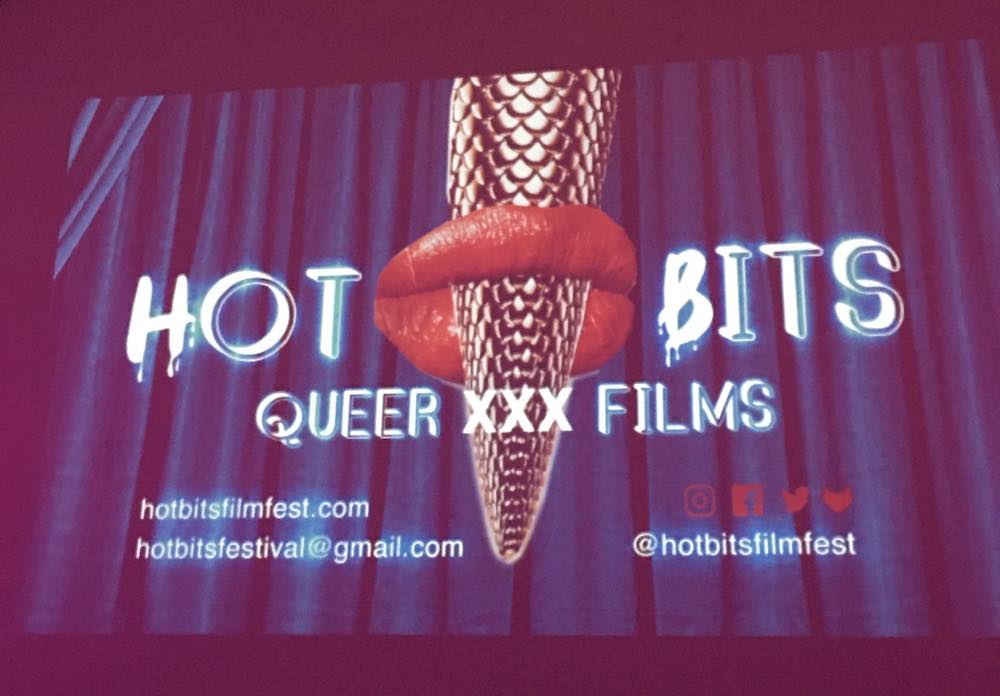 Conversations around sex are often complicated, and it was a little strange to have one with the nice person next to me when I had no intention of touching or being touched while reviewing something for my professional adult-human job. Also, I was very confused as to how anyone in the hot, packed tent outside the Vortex would be able to touch themselves without pulling something: After all, there’s only so many shapes a human body can take.

On that note, many of those body shapes were on display in the menagerie of explicit, queer cinema Hot Bits presented. Some of it was abstract; some of it was blunt pornography; and some of it was erotically hilarious. All of it was beautiful and aroused ecstatic cheers – it is enough, always enough, to see people like you on-screen having good sex.

Every film shown was a great work of art and had a variety of bodies and lifestyles shown – fulfilling OUTsider’s mission of platforming “provocative, overlooked, and out-of-the-box film.” While pornography isn’t usually my cinema of choice, I appreciate explicit queer films as something needed in an industry plagued by bigotry and abuse. These displays of human passion and love reaffirmed that there’s power in representation – a power in pleasure.