The DWNLD: A QPOC Event Looks to Reclaim Space in Austin

Where queer people of color can come and feel like home

“Let’s take space” reads the poster for the DWNLD: A QPOC Event. Faith Anderson, one of the event coordinators, mentions this proudly when describing how both she and fellow coordinator and friend Kellee Fuller came up with the name for the social.

Excitedly, she described the Butterfly Bar @ the Vortex as a “big hard drive for the Download and we’re taking space!” The name is also a clever clap-back to both Austin’s gentrification problem amidst the tech boom. 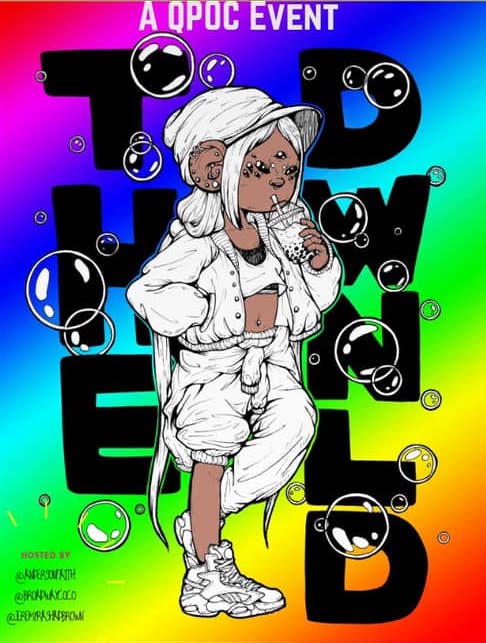 “It’s kind of like a fight," Anderson continues,“‘Cuz it’s like, even though this is what is taking over [...] and gentrification is pushing people of color out of the city – no! We’re going to download, we’re going to take space right here on the Eastside, right in the middle of it all.”

At times, being a queer person of color in such a growing city as Austin can be conflicting. Fuller, Anderson’s co-organizer, says when she first came to Austin after previously living in Memphis and New York, the city struck her as predominantly white. In conversations, Fuller and Anderson discussed their clashing views on the city. Anderson, who grew up on the Eastside, didn’t see Austin as a largely white city, as she knew the areas before gentrification gained momentum. Whereas Fuller arrived just as the city seemed to be greatly expanding while people of color are being rapidly pushed out of the areas they considered home for years.

Both Fuller and Anderson recognize the need for queer people of color to meet, to have a welcoming space for them to relax and find resources for mental and physical health. Fuller would ask Anderson, “where do the black queer people hang out?” only to hear that the space doesn’t really exist. For them, that’s where it began. So along with Jeremy Rashad Brown, founder of Brown Boy Productions, they started to plan the DWNLD. The gathering is intended to be an all-inclusive social where all queer people of color are welcome, where anyone can stop by for “a drink, listen to a DJ, and maybe get a number for a therapist or a doula.”

That’s right. The DWNLD will have a variety of resources available for folks who want or need them. SAFE Alliance, Six Square, Austin Black Pride, and OUTsider Festival will be among the organizations participating. Even Anderson, a pilates coach by day, will be offering her own services for those interested in fitness. Information will be available in the form of pamphlets, business cards, and POC representatives of said organizations who will be onsite mingling with everyone else.

What’s important to note about the DWNLD however, is that it will also be a fun place to hang out. Every first Monday of the month at 6:30pm there will be live music and DJs. On Monday, February 3, the first DWNLD will have an appearance by DJ Wosavey. In future gatherings, musicians like Ashley Hicks and Honey Son are planned to perform. Additionally, Butterfly Bar offers a full non-alcoholic cocktail menu as well as a range of cocktails, so attendees can party while sober if needed, have fun, and if you feel like it, ask for help. In Anderson’s words, the DWNLD will be a "welcoming space where you can be in the comfort of your peers and be able to ask for resources without finding shame."

The DWNLD: A QPOC Event has been purposely crafted and planned with love. Its purpose is for the queer people of color in Austin to come and feel like home. 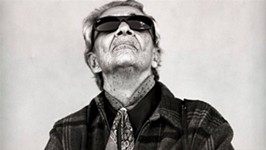