The queer athlete dishes on his upcoming Austin match

Wrestling is made of narrative threads – each performer bringing a unique color and style to spin into the full fabric of a live event. A smart performer is one who sees those threads and plays on them, making their own stitching stand out among the rest through creative means. 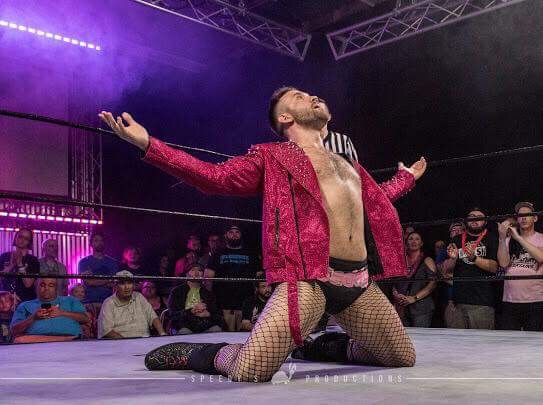 Queer wrestler Effy Gibbes, set to go up against Ricky Starks at Inspire Pro’s New Ecstasy of Gold event in Austin on Jan. 19, is a master at maintaining strong, interesting narrative threads throughout all his matches. What’s his secret to such engaging story-weaving? Shit-talking.

“I haven’t learned to keep my mouth shut,” Effy admits. While his gift of antagonizing gab has gotten him beaten up (“A dude hit me in the head so hard the other day I cried.”), he maintains the consequences are worth the artful matches his shit-talk can produce. “Here’s my thing about matches,” he elaborates, “I might face you one time in my whole career and we might not have any history and it might be one match. So my thing is: Yeah, we could go have a standard ‘Here’s these two guys against each other’ [match], but … we have the opportunity to make up a story here and make it seem like we’ve been feuding forever.” Every match, Effy affirms, is a chance for him and his opponent to “really make [the audience] think that by the time we touch each other in that ring, something magical is happening ... So I really try to build these stories up and sometimes I do that by antagonizing people.”

With a style formed through a love of “really old style wrestling,” exemplified by wrestlers like Harley Race and Dusty Rhodes where “you believed every word coming out of their mouth … every fist that they were throwing,” Effy layers his matches with a mix of genuine athletic beat-downs and his own fishnets-and-pink-leather flair. He hopes to use his provocative wrestling style at his upcoming Austin match, to rile up his opponent Ricky Starks, who Effy says “carries himself as the coolest guy in the room” until he’s in the ring where “you can tell his heart is fully in the wrestling when he’s doing it.” Once the two are man-to-man, his hope is to have “both of us finally turn it on and see that aggression, see that energy play out and not let him hide behind that cool when he’s in there with me. Because I’m going to see through the cool. And I’m gonna beat him up.” 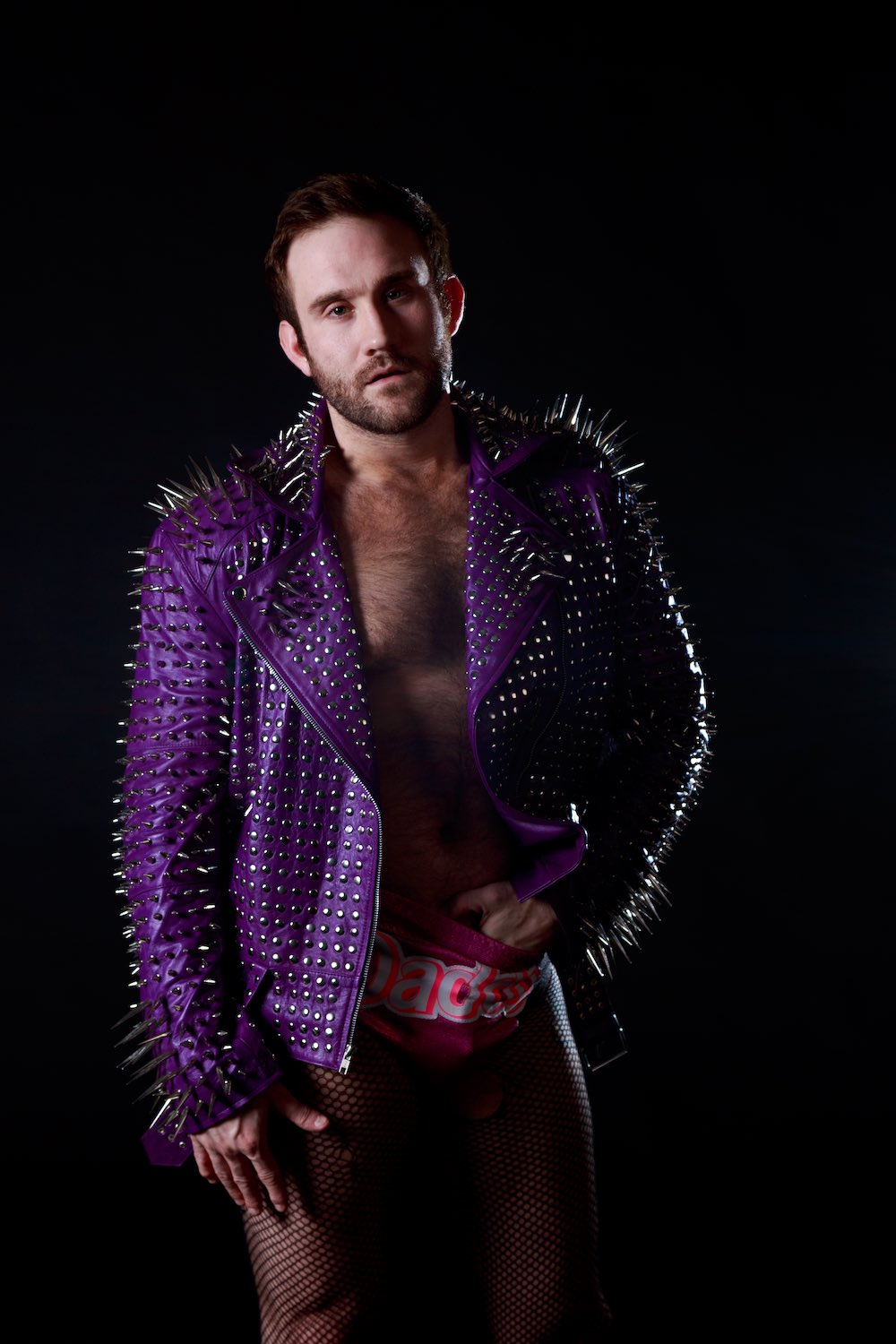 Not shying from aggressive wrestling, both in performance and physicality, makes Effy a figurehead of gay wrath – a queer wrestler ready to be angry when anger is needed. “Somebody said to me the other day there weren’t enough angry gays,” he remarks. “And I was like ‘Good. I’m glad I can be a little angry.’” Part of that energy comes from a desire to wield his privilege as a “6-foot-1 white man who, if I wanted to, could pass in public as a heterosexual person” in order to stand up for people in more vulnerable positions. He shuns the idea of being a “queer protector,” but says he’d “rather take the heat” from people throwing out harmful hate “than let somebody else get eaten up because they’re speaking out.” His presence at wrestling events does bring a sense of safety to many LGBTQ fans, who’ve told him that seeing him on posters lets them know the event is okay to attend. “That’s a huge ego stroke,” he says. “But it’s also a personal thing of, like: Wow. How cool is [it] that just by seeing a picture of me you know that you’re safe to go to this place where you maybe wouldn’t have before.”

More wrestling events have begun embracing the pink dollar since, as Effy suggests, “people are speaking with their money” and going to shows that feature queer talent over ones that don’t. This increase in platform has created live wrestling that reflects more LGBTQ narratives and a certain level of catharsis within them. Matches that feature performers playing homophobic heels against a queer wrestler like Effy are “a little one-act physical play that we can put on” in order to “tell a bigger story … that may have more thematic implications to regular life,” even if the audience knows it’s for show. “We have this stage where we can show off,” Effy continues. “And yeah, some of that is showing off the moves. But being able to show off that story of overcoming, especially being an LGBTQ wrestler, you wanna have that visual there. You need that person to be the bad guy, to show it on that bigger, basic thematic level.”

For Effy, the narrative he weaves out of all these threads isn’t about presenting something respectful or toned down. Much like the Big Gay Brunch (which will feature his adorable adopted dog Cranberry as an official guest) he’s planned for Tampa during Wrestlemania weekend in April, he aims to bring all the most fun aspects of gay culture into his wrestling. “Listen. I’ve had to be a normal regular boy for a long time,” he explains. “And now I have the opportunity, and I have the space, and I have the performance ability, that I can be as gay as I want. And people are responding to it. And so yeah, let’s make it gayer.”

OUTsider Festival Beams Us Up and Away to a Gayass Galaxy Far, Far Away
Austin’s queer transmedia fest goes virtual on Feb. 19-21

Digital Drag Review: Boiz of Austin’s “Are the Straights Okay?”
The Boiz revel in heteronormative absurdity