This bearded queen is not your average nana

She’s a hip ol' granny who can hip-hop, bee-bop, and dance ‘til she drops. No, it’s not Mrs. Doubtfire. It’s Austin’s very own golden girl, Grandma Steven, and she has the Life Alert® button to prove it. 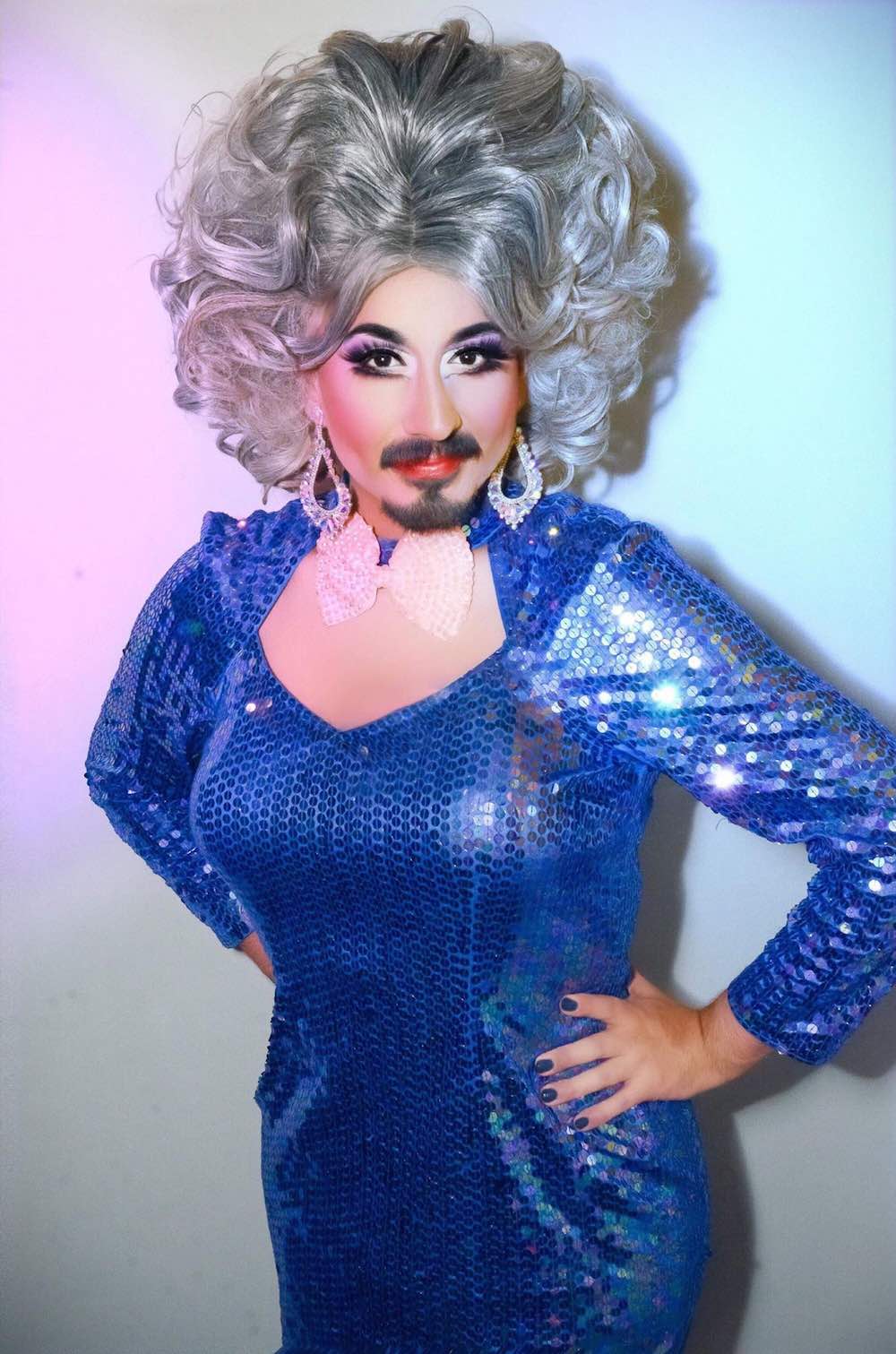 Not only does Grandma rock that one-touch button, she can almost always be seen sporting classic elderly accessories from kitten heels, muumuus, curlers, pearls, and a slight — or pungent — fragrance of Impression of White Diamonds by Elizabeth Taylor. “I rely on shock value,” Grandma told Qmmunity. “People are like ‘oh, it’s an old lady with a beard’,” and then she’ll come out to some hardcore, hip-hop Nicki Minaj song, which the audience never sees coming. But, no matter how Chun Li Grandma gets come showtime, she always has an element of her late Grandma Esther, who is the true inspiration for Grandma Steven.

It all started in Halloween 2008, when Steven recalls going into “my grandma’s room, [I] took her wig and one of her dresses and went trick-or-treating, and it became a thing I did every year.” Fast forward a few later to a RuPaul’s Drag Race season seven viewing party at The Q Austin, where Grandma was a volunteer, which will go down in history as her first performance. Though Grandma’s initial response was “I’m not a drag queen, and I don’t perform,” all it took was an “Amor a la Mexicana” number by Thalía to birth this Latina queen. It’s been four years since that fateful first performance and Grandma has since become a pillar of Austin’s drag community.

But it wasn’t the desire for limelight that bore Grandma Steven. Instead, she tells us the character was created through – and at – her sexual and social justice work. During daylight hours, Grandma Steven is just Steven, who has surpassed his volunteer days and is now the Outreach and Testing Manager at Kind Clinic, Austin’s full-service sexual health and wellness clinic. With a degree in Social Justice from the University of Texas, Steven has always been drawn towards helping people and now, even in drag, Steven bares his compassionate side. Again, he credits his Grandma Esther, who frequently supported from his high school color guard competitions and halftime drumline shows for helping build his drag persona. “That nurturing component comes from being a grandmother,” says Steven. “That’s me getting to do that in real life, but also in my drag.”

But this drag performer isn't just interested in a pretty show – Grandma Steven will pull out a politically charged, sex education number from her clutch every once in awhile, including one Sasha Velour-esque trick where condoms fell out of her wig. “There’s a lot of times when people come to me because they know that I’m Grandma and work at Kind Clinic.” Grandma admits she’s been messaged on her Grindr (*prrrup*) for sexual wellness advice. “It does help that I’m more well-known because of my drag in conjunction with the work that I do.”

And her act is a traveling one – Grandma performs all over town and all the time. On the weekends, she can be found on Fourth Street: at CRAVE on Friday nights, Body Beautiful Unleashed on Saturday nights, and also at Oilcan’s Super Sunday Diva’s Show. But she’s no stranger to Red River or Cheer Up Charlies either. Waxing lovingly about Austin’s drag scene, Grandma says she loves that there are “so many different places now where you can see so many different types of drag and [I love] getting to see those types of drag merge together.”

Wherever there’s a faint whiff of White Diamonds and grey wig in the distance, Grandma is bound to be around. Catch up with her and help her across the street to her next gig. Oh, and let her know that you know she stole that Life Alert® button from a certain doctor’s office.