Cue Pomp and Circumstance for the graduating queens of Sabel Scities’ Drag Class. At the top of her class, Bettie Pvnk is semester eight’s valedictorian. 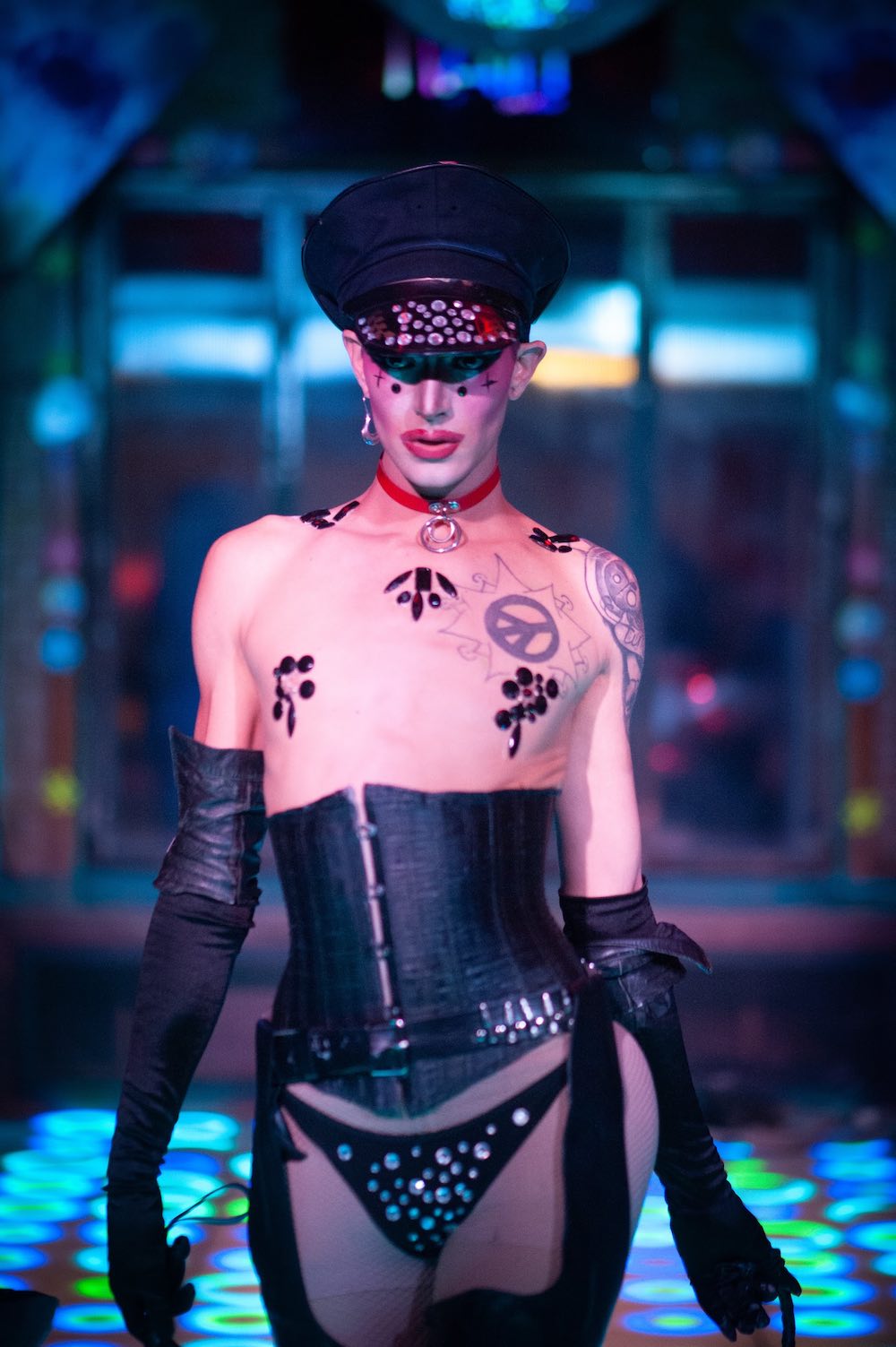 Self-proclaimed as the “epitome of alternative,” Bettie is a mix of horror, high-fashion glamour, and filth (Okay, Dragula!). She’s either going to turn you on, freak you out, or make you cry.

“Bettie is a perfect example of the diversity we have coming through Drag Class,” Sabel tells Qmmunity recalling the look on Bettie’s face when she won. “She takes criticism very personally because she takes her art very personally, which made it a very sweet victory for her.”

Drag Class was born out of necessity in 2016, when Sabel noticed the lack of community for newcomers to Austin’s nightlife scene – queens like Bettie and her fellow competitor sisters. Coming from a drag family-oriented, club-kid era of Portland, Sabel decided to share a little bit of her Pacific North West upbringing with Texas in an effort to teach what she considers “the fundamentals” of drag. Which is what Drag Class seeks to do – after all, it takes a village to raise a drag queen (or king!).

Having wrapped eight semesters, Drag Class is designed to be a 101 on the artform of drag and performing, but it also walks a fine line against telling competitors how to do their art, because – as the Boulet Brothers remind us – drag is art and art is subjective.

Over the course of ten-weeks at Rain on 4th, the semester is structured to help the performers — who’ve been performing for two years or less — hone and refine their drag skills and fierce lewks. The “kids,” as Sabel endearingly calls the competitors, learn the ins and outs of hair, makeup, costuming, community outreach, and, ultimately, how to sell their brand. On the first day of class, each student gets partnered with a local mentor to guide them through the competition, and every week brings a new challenge. “I come up with the challenges and boundaries each week and the rest is up to their imagination,” Sabel explains. “They get together with their mentor, who is more seasoned, and they work all week on their homework.”

The kids are scored by a panel of judges on a cumulative point system with no elimination – it is a learning opportunity, after all. After this last semester was all said and done, Bettie who got an “A” for effort, graduate at the top of her seven-queen class by only two points. The crowned queen was awarded $1,000, courtesy of Rain and Three Olives® Vodka, as well as a photoshoot and a gig with Sabel to celebrate her win and kickoff her new career as Drag Class superstar.

The title (and the prizes) is always the icing on the cake, but the ingredients for Bettie was navigating outside her comfort zone. Drag Class, she says, “pushed me into different aspects of drag that I never thought I would get into that I actually enjoy,” Bettie admits. Ultimately, it allowed her to clearly mold her the persona that is Bettie Pvnk.

Part of that nudge to explore these new aspects came from her mentor, Austin’s 2019 Entertainer of the Year, Lady Grackle Birdbreath. With both queens teaching each other along the way, Lady Grackle says she feels like she helped Bettie refine her look on “how to be that punk-kinda-shock drag, but [also] how to be more glamorous.” 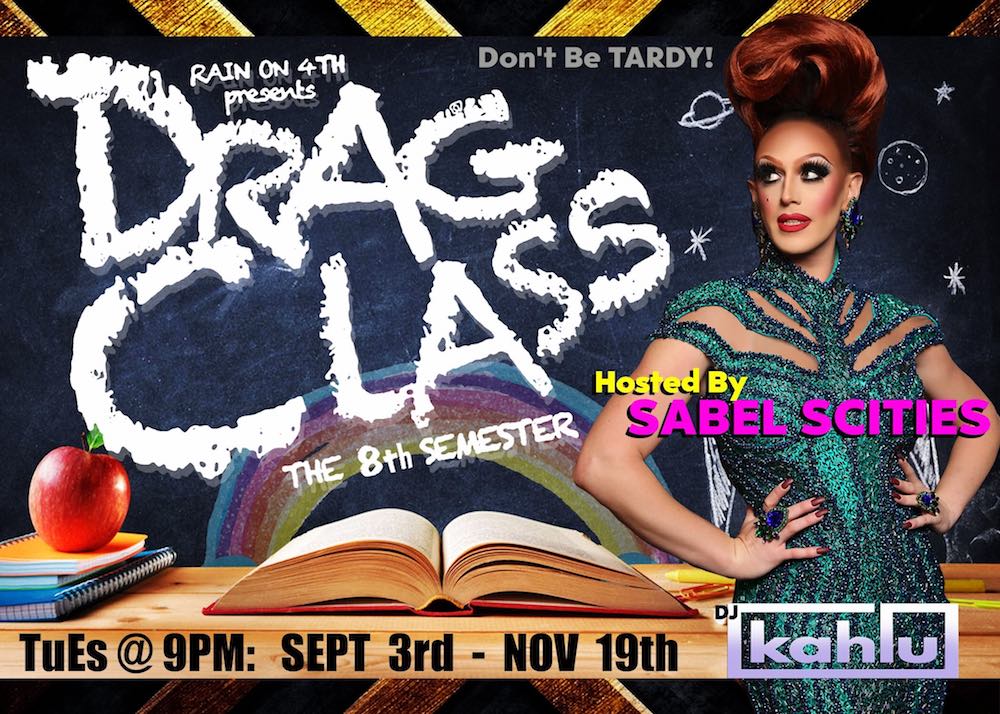 Holistically, Sabel is teaching these kids how to not only be a performer or entertainer, but how to host, raise money for local organizations, and interact with (work) the crowd. “She’s making well-rounded performers that are not just gonna lip sync,” Lady Grackle sums up.

Qmmunity is excited to see where Bettie and the rest of her schoolmates go from here. For now, catch this queen doing her victory dance at The Sabel Show on Wednesday, Dec. 18, 9pm at Rain, 217 West Fourth St. And remember, semester nine of Drag Class will commence in the spring of 2020. If you’re interested in competing or mentoring, mark your calendars and get ready to get schooled, hennies.