Inclusivity, respect, and fabulousness are the rules of AIDF

The fifth annual Austin International Drag Festival had it all – airborne wigs and dollar bills, dresses made of shower curtains, live singing, and, as put succinctly by May May Graves, numerous kings and queens “taking down the patriarchy and looking cute doing it.” 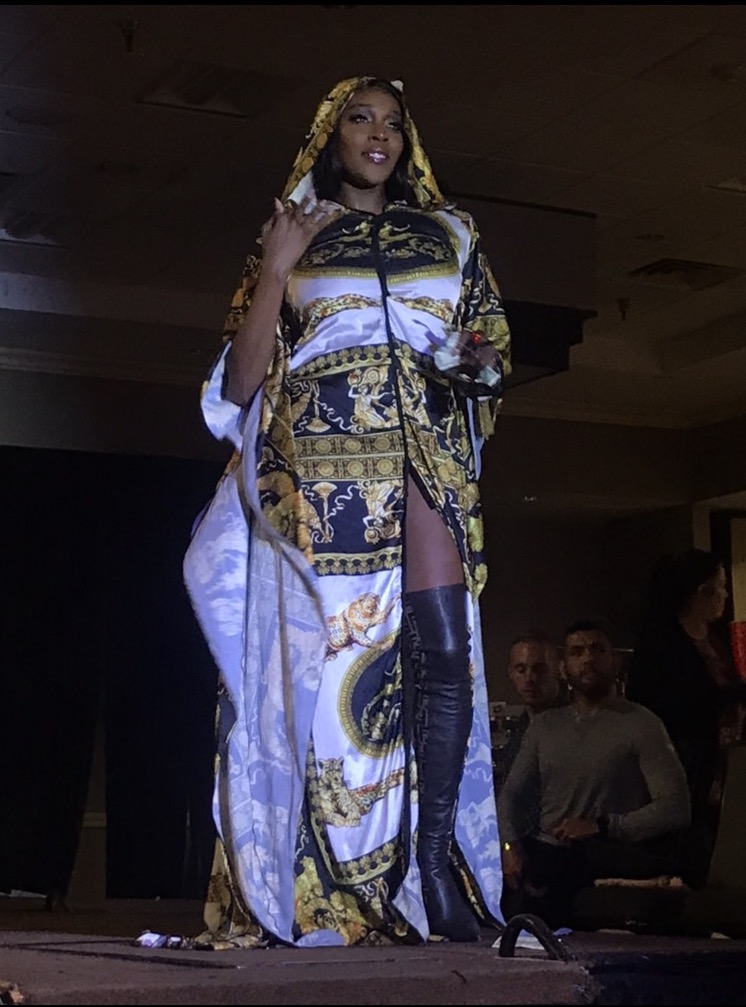 The weekend-long event, held Nov. 14-17, brought to Austin handfuls of highly-anticipated headliners, as well as a number of pros whose names might be new to local ears.

Our first must-see queen of note was Miss International Queen 2019 Jazell Barbie Royale, who danced to Empire Cast’s “Look But Don’t Touch” in a regal gold, white, and black cloak. Jazell’s mid-song transformation from a hooded robe to a feisty red bodysuit and knee-high boots enamored the audience, and unsurprisingly resulted in a barrage of much-deserved dollar bills landing at her feet. Two of RuPaul’s Drag Race’s finest – Ariel Versace and K-pop princess Soju – also elicited heavy enthusiasm from the crowd. Soju even got the audience on their feet to dance alongside her performance.

Meanwhile, Chicago-native Lucy Stoole entered in a cloud of glitter that filled the room, propelled into the air from people’s madly clapping hands. While she can usually be found hosting weekly events at the windy city’s Smart Bar, Lucy made the trek down to Texas to attend the festival, taking the stage on Saturday in a sheer pink number, accompanied by her iconic beard and contagious vivaciousness. Another stunning show (and your writer’s personal favorite) came from Cher-lookalike Discord Adams, who performed an impassioned take of “What’s Up” by 4 Non Blondes. Her platform stilettos and the small, mirrored gems covering her bodysuit shook as she collapsed to her knees – belting the widely-beloved lyrics to a crazed crowd. 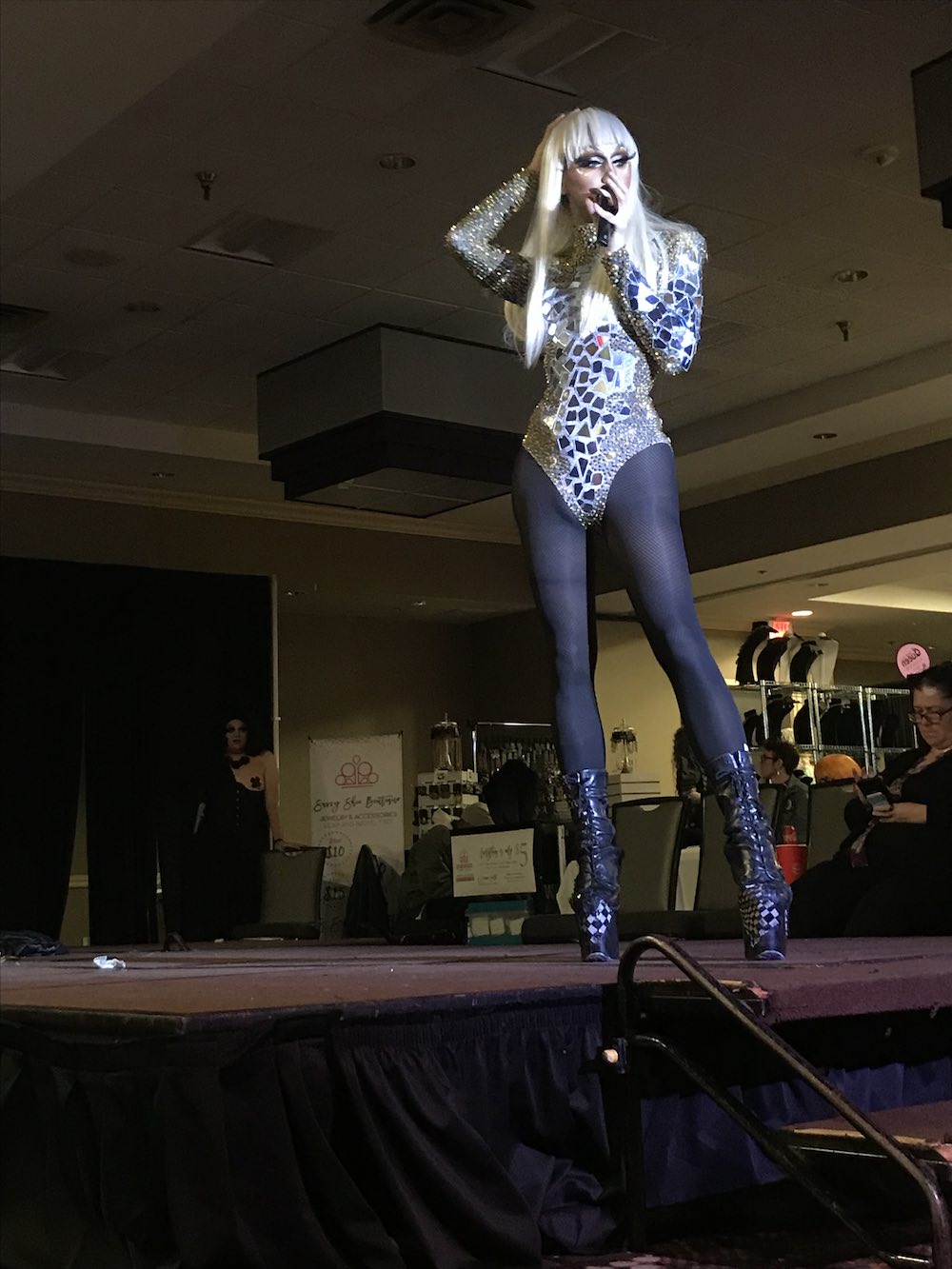 Dragula’s Ursula Major may have been one of the last performances at the Drag Village (a.k.a. Holiday Inn Midtown) before the party moved Downtown for nightfall, but no one will forget her purple lips or unending eyelashes anytime soon. Her shapely bodysuit highlighted her leg and arm tattoos, making them part of the getup, and cementing her as a standout from the night. Armed with an Amy Winehouse compilation soundtrack and a killer hip pop, it was no surprise that Ursula’s sharp interpretation earned a hearty round of applause from fans.

Like last year, a key component of the 2019 Drag Fest was inclusivity. Performers and AIDF attendees alike reiterated that diversity is what sets the four-day event apart. One fan – and practicing drag performer of six years – Jens Martin Arvesen travelled all the way from Oslo, Norway to attend the fest because of its diverse and well-rounded lineup. “There are actually not so many drag festivals in the world,” Arvesen told Qmmunity. “And the Drag Cons are very RuPaul focused. It’s more interesting to go to festivals and get access to drag that I normally don’t have access to from Norway.”

The festival’s increasingly dynamic cast became especially apparent when Qmmunity sat down with AIDF board member – and fourth place winner of Camp Wannakiki season two!– Miss Kitty Litter ATX, who was able to give a drag newbie the lowdown. “They’ve always kind of strived for inclusivity, trying to bring everybody to the party. They want the kings, they want the queens, they want the cisgender drag – all different forms and not just one style.” 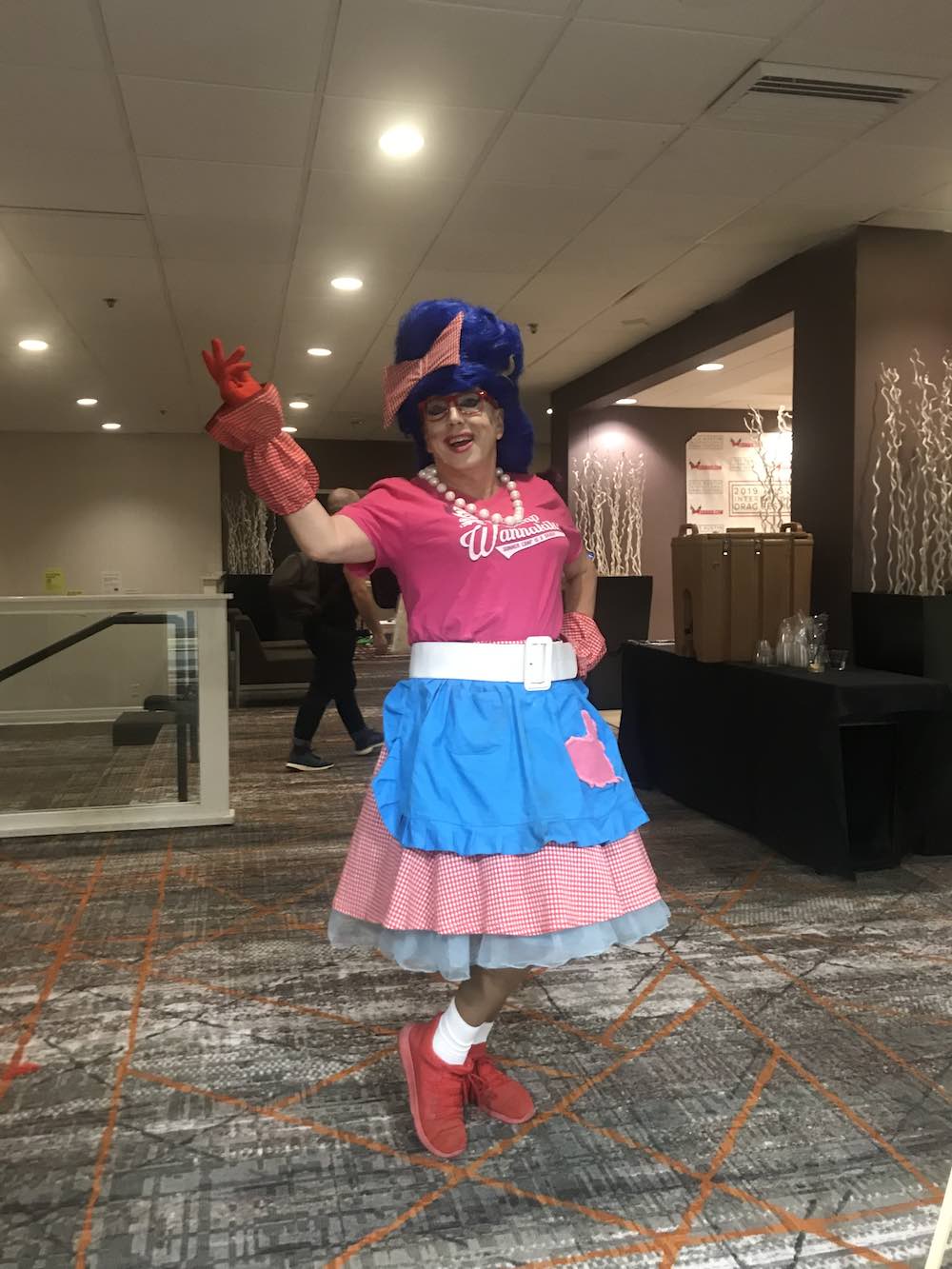 Miss Kitty also confessed that this year’s event was almost deprived of her comedic charm do to a back injury. “I was doing a high kick rehearsing because I decided to do a dance number this year, and didn’t stretch out. So I literally didn’t think I was going to be able to make the festival.” Luckily, the comedy queen who was reunited with her Camp Wannakiki castmates on Friday at the Iron Bear, found herself in tip-top shape sooner than expected and managed to deliver a series of smashing shows over the weekend.

But when the wigs are put away and the glitter’s all swept up, AIDF’s fifth year continued to make a safe, fabulous, and inclusive space for drag in Central Texas. As Miss Kitty put it, “I’m just grateful that the drag community is thriving and flourishing in Austin, Texas.”