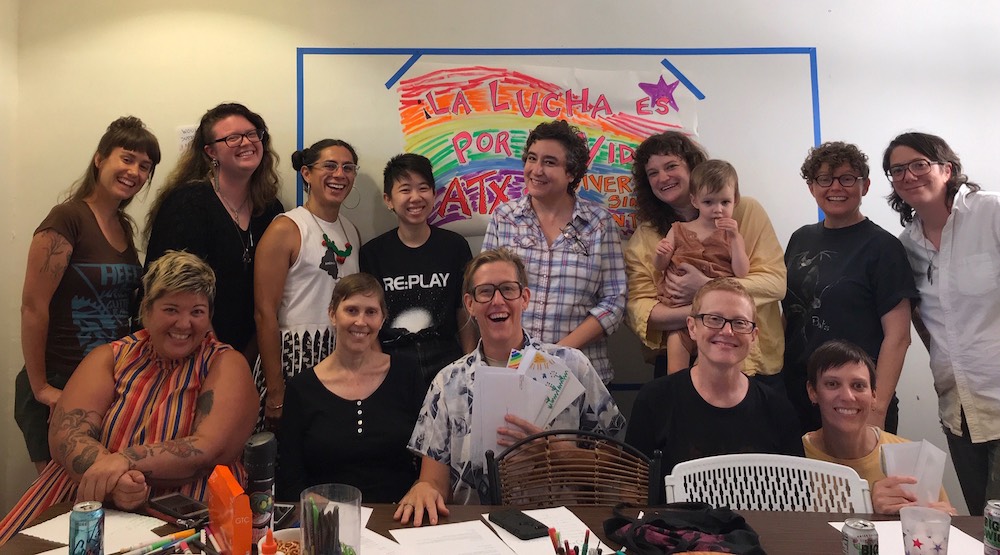 As federal and state attacks on immigrants have intensified since the xenophobic Trump administration, a doubly marginalized group – trans migrants – have become an even more vulnerable target.

Roxsana Hernández Rodriguez, a transgender woman fleeing violence in Honduras who sought asylum in the U.S. as part of the Central American migrant caravan died in Immigration and Customs Enforcement custody last year due to dehydration and complications from HIV. An independent autopsy later showed she had appeared to have been beaten before her death. In June, 25-year-old Johana Medina León, a trans woman from El Salvador who was also seeking asylum in the U.S., died in an El Paso hospital a week following complaints of chest pain. Advocates say she was repeatedly denied medical care by detention staff prior to her death.

Atop of navigating the deeply – and intentionally – complicated immigration legal system and trying to heal from the trauma experienced in their home countries, trans asylum-seeking migrant detainees face the additional burden of transphobia, homophobia, sexism, and abuse. Transgender detainees comprise 12% of all sexual assault complaints filed from ICE detention centers, despite making up less than 0.1% of the total detainee population, the National Center for Transgender Equality note. And immigration officials routinely deny trans women access to necessary medical care, according to a 2016 Human Rights Watch report based on interviews between 2011 and 2015.

That’s why local trans rights activists banded together this summer and created a Texas chapter of Diversidad Sin Fronteras (Diversity Without Borders) – an organization that assists trans and queer migrants at the border and in detention. The collective supports the roughly 25 asylum-seeking trans women held in the South Texas Detention Facility in Pearsall, about two hours from Austin. The transgender unit, opened last December, is one of two such segregated detention units created by ICE in the country.

The goal of Diversidad Sin Fronteras Texas, collective organizer Mar Kidvai Padilla tells the Chronicle, is to break the isolating and dehumanizing process of being detained that LGBTQ asylum-seekers face. The group tries to accomplish that with three central actions: They raise funds to provide monthly commissary to the detained women for things like phone calls, toothbrushes, and supplemental food. As a volunteer collective – rather than a 501c3 – Padilla stresses 100% of the proceeds to Diversidad Sin Fronteras go directly toward the women in need. They also organize detention center visits where they can talk to women one-on-one and they host letter writing parties, where advocates can offer words of encouragement to the women who often face long waits to get asylum cases heard. 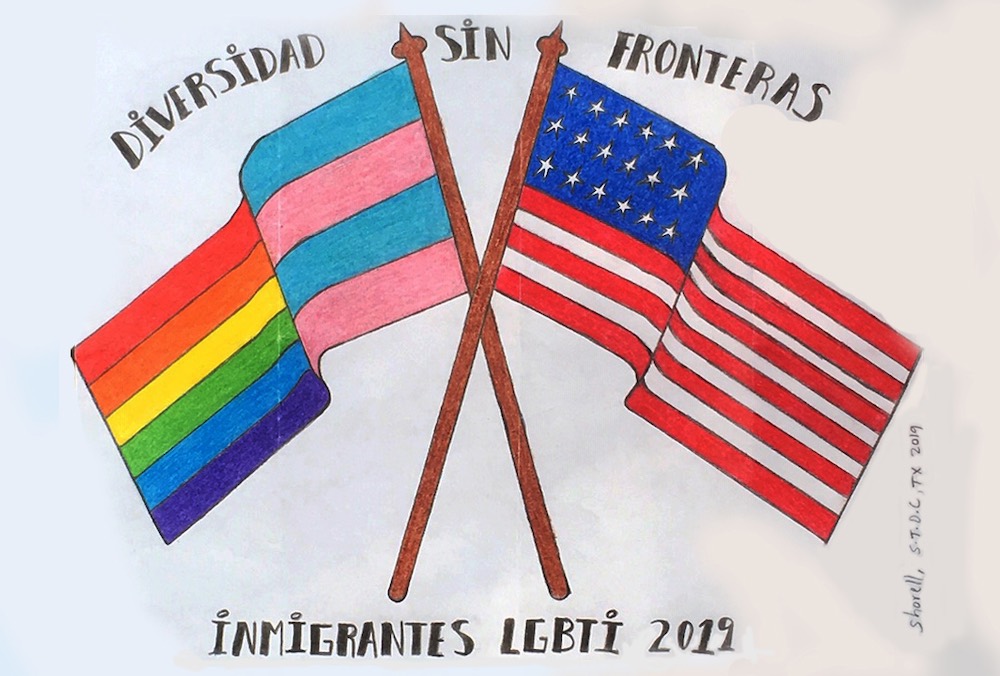 “These women are dealing with a lot of depression, anxiety, and PTSD. And many are incredibly stressed and hopeless as they try to win their asylum cases in court,” says Padilla, pointing to a trans woman in Pearsall who languished over a year for a court date, only to self-deport out of complete despair, as an example of how dire the situation can be. “The letters are more than just a way to say someone is thinking about them – they serve as a real life raft and it gives them energy to just keep going.”

To highlight their work and open up a discussion about trans rights locally during Trans Week of Resilience, Diversidad Sin Fronteras have teamed up with local award-winning filmmaker PJ Raval to host a free English and Spanish screening of Raval’s stirring 2018 documentary Call Her Ganda on Monday, Nov. 18, at the Emma S. Barrientos Mexican American Cultural Center. The film explores injustice, transphobia, poverty, and imperialism through the aftermath of the murder of Filipina trans woman Jennifer Laude. The group plans to host a panel discussion afterwards with its members and Raval, who hopes his film will be used as a “community tool” to address local trans rights issues.

“Even though you are watching the story based in the Philippines, her experience mirrors a lot of experiences of trans women seeking asylum,” Raval tells the Chronicle. “I hope the film allows people to better understand the challenges trans migrant women face and serve as an entry point to learn more about what is happening locally and what they can do to help.”

Donations to support the commissary accounts of asylum-seeking LGBTQ folks detained in Texas can be sent via: Venmo: @DSFTX; Paypal: DiversidadTexas@gmail.com. To learn more about the organization visit their Facebook page or email: diversidadtexas@gmail.com.