Nothing’s off-limits in her comedy tour, at Moody Theatre Nov. 7 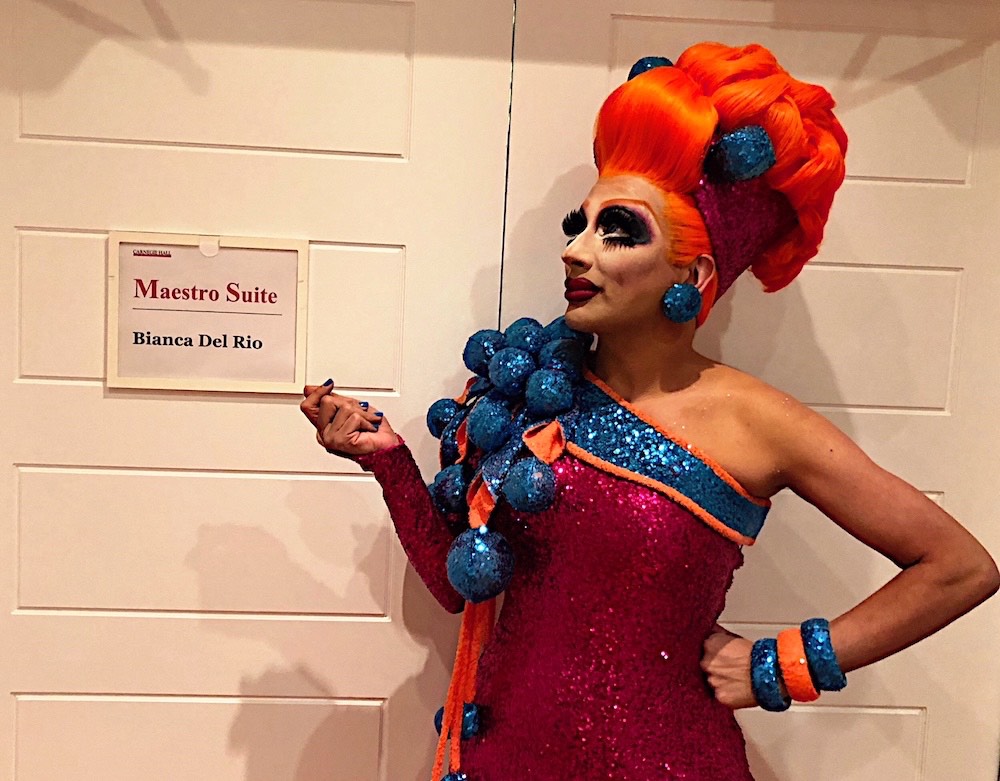 In just half a year, the show has spanned over 20 countries in five continents. “Most people think they don’t have anything to relate to a drag queen, but shockingly there’s a lot we can talk about,” Bianca told Qmmunity through her iconic, can’t-miss laugh. The show’s main ingredients are a mesh of day-to-day political headlines, the daily happenings in the life and times of a drag queen, the cultural obsession with social media, and much more. Arguably, there’s something in it for everyone, and if there isn’t ⁠– or if you’re offended ⁠– just remember: It’s a comedy show; there’s at least something to laugh at. As Bianca sees it, “People have gone down this spiral of cancel culture and the idea that everything is offensive.” With this show, she hopes to remind folks about the power of laughing at the chaos around us and to not take life too seriously. Hell, even the title is a play on the phrase “it’s just a joke.” Sound it out now: It’s Jester Joke.

Jokes aside, though, Bianca’s tour has sold out Carnegie Hall and headlined Wembley Arena in London. When all’s said and done, It’s Jester Joke will be the biggest solo drag stand-up comedy tour in North America, performing in over 40 cities. Yes, that’s an impressive mouthful, but with Bianca's nearly 25 years of experience, it's no wonder the show has been finding success all over the world. She’s worked the bars and every sort of event imaginable, from weddings to bat mitzvahs to funerals to bingo nights. In other words, she’s hustled her way to the top. “There ain’t no rest for the wicked,” Bianca admits. “You have to keep going.”

Bianca will do exactly that after this tour wraps up at the end of November. She tells Qmmunity she is shooting the triquel to her comedy film Hurricane Bianca this summer, and there will most definitely be another tour in 2020. (Psst: She also might’ve mentioned some hush-hush projects in the works that she’ll get to announce very soon – stay tuned!)

No matter what corners of the earth her many projects take her, Bianca still loves to come back home to the South. Originally from Louisiana, she’s looking forward to her trip to Austin, sitting back with good food and drinks, and getting “ready for the fuckery.” Her words, not ours. Qmmunity, on the other hand, is ready to see what the self-described “clown in a gown” will bring to town this time ‘round, so let’s welcome her back with open arms.

Bianca Del Rio performs It’s Jester Joke at Austin City Limits Live at the Moody Theater on Thursday, Nov. 7, at 8pm; tickets range from $39.50-199 and are available online. If this story didn’t get you fired up enough, check out the teaser trailer, below, too (from AEGPresents on YouTube)!