Gender Unbound Is Back and Bigger Than Ever

What a weekend to be queer in Austin. Seriously, if you haven’t looked at this week’s lineup, IDK what you’re waiting for. But one event – returning for its fourth year on Saturday – has us feeling all kinds of ooey gooey inside. 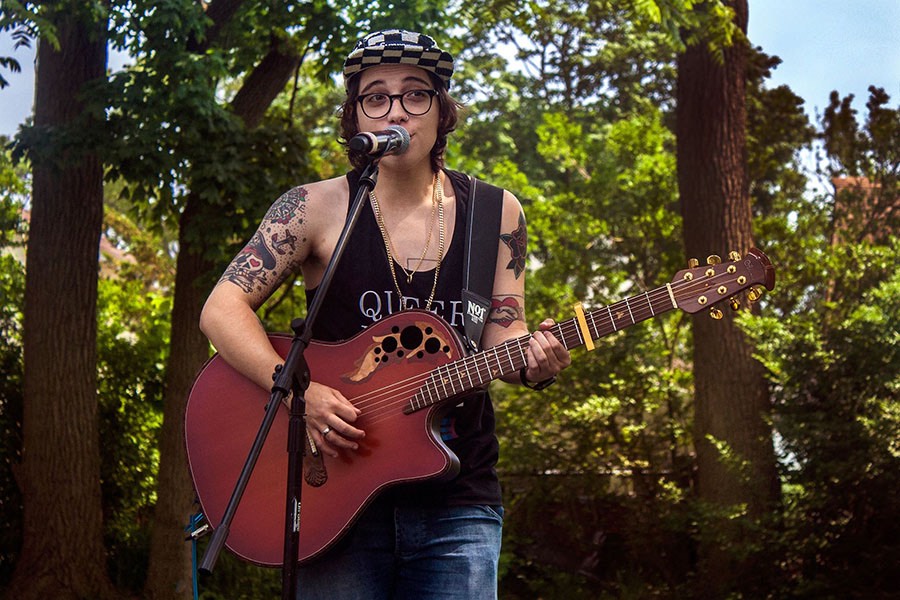 Gender Unbound, Austin’s one and only art festival to honor, spotlight, and celebrate trans, ENBY, and intersex artists is back and bigger than ever.

Eli Gray, an organizer for the weekend-long fest, tells Qmmunity they’re hosting more artists than ever before – including (and we think this is really cool) multiple international artists such as Berlin’s Ford Kelly! As per usual, the event will feature lots of easy on the eyes meets stimulating on the brain, visuals, an artists market – cuz queer artists don’t just do it for the love, and a whole whammy of wild performances.

When asked what they were most excited about, Gray couldn’t help but point to Saturday night’s headliner Ryan Cassata. The L.A. based-musician, public speaker, actor, activist, and YouTube sensation (DAMN) has, in fact, been dubbed one to watch by numerous queer and music publications and here’s your chance to do just that. Other musical artists include Austin’s Perritos, Ojos from Houston, Lenny Zenith – who OUT.com credited for crafting “a legacy in rock and roll as one of the genre’s first true transgender rock stars,” – and trust us, that’s jus the tip of the performance iceberg.

Last but not least, the fest is A.D.A. accessible and many of the performances will feature ASL interpretation. So what are you waiting for? Badges for both days ($30) are still available. Single day tickets are too, at $15 a pop, and children under 12 are free.