From artistic lip-syncing to live sets and beyond 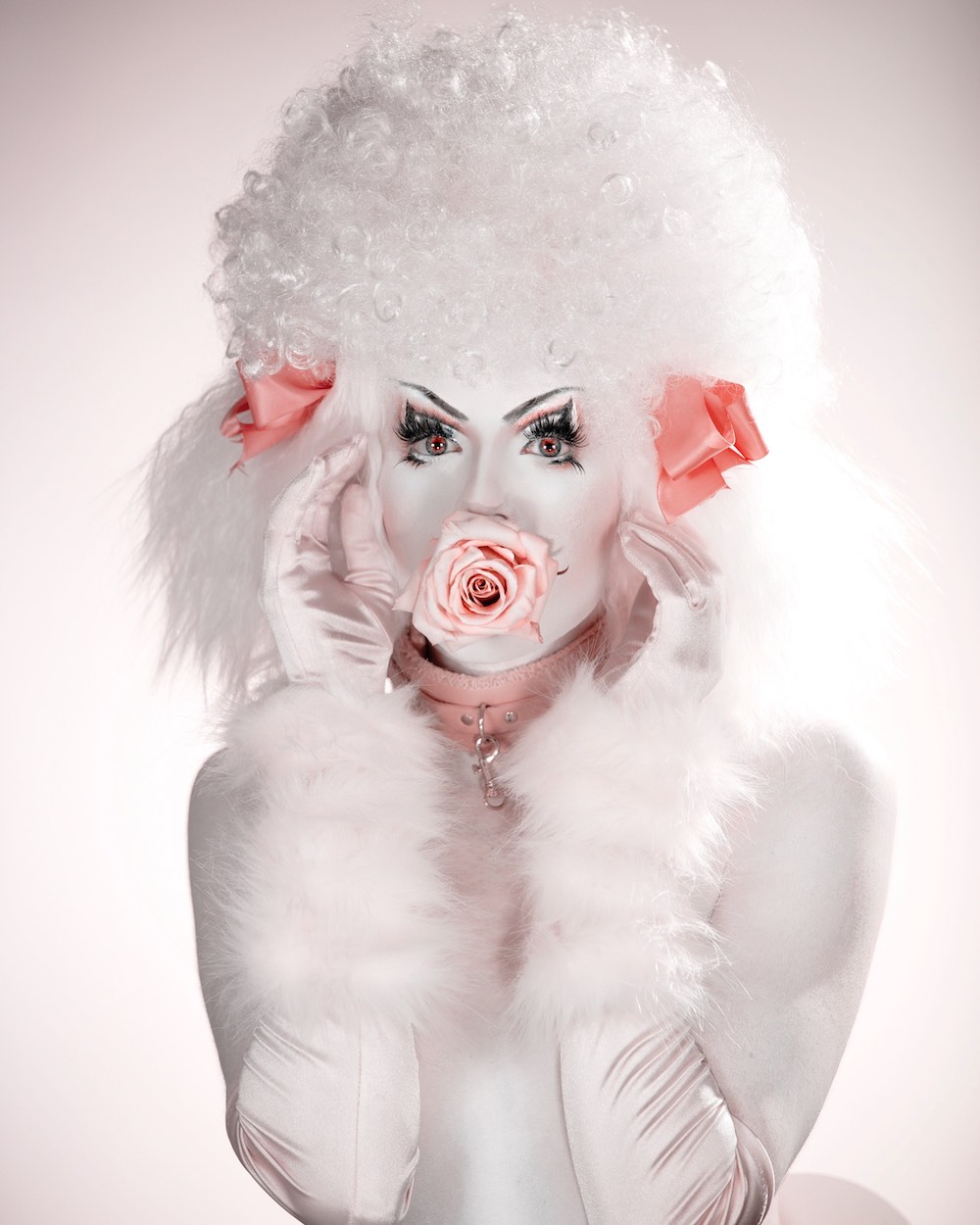 After four years of performing, first in San Marcos before landing in Austin’s scene, Hentaii is expanding what drag means to not only them, but also the Austin community. A big part of that evolution was expanding into the music industry. After nearly a year of writing, producing, and a $2,000 crowdfund, Hentaii’s first EP (under the name Vestite), Dark Signal, is set to release August 30.

“I’m looking forward to broadening the idea of what people can do in drag,” they tell Qmmunity. “What we're going to see, and already are seeing, is more people bucking that establishment and doing drag that doesn’t look like drag.”

Dark Signal's first single “Magnetic” hit Austinites back in April. Mixing electronic, pop, industrial, and dance elements, the song has banger potential, while the video, directed by local filmmaker and photographer Jimmie Kadaver, offers a dark humor take on a song Hentaii describes as an “extended metaphor to compare an addictive, toxic relationship in the digital age to the attractive and repulsive forces of magnetism.”

Today, Hentaill says they’re a “musician who is incidentally also a drag queen, not the other way around,” but admits “most drag queen music is not appreciated by the community at large because it feels shallow.” Pointing to drag stars of reality television, Hentaii believes the “negative attitude toward drag queens making music” is because it “often seems to serve as a companion piece to the TV show. This is the drag music that gets the most exposure, so some people have written off the possibility of a drag queen musician entirely.”

For Hentaii, music and drag all started in 2015. After a year-and-a-half student exchange program in Japan, Hentaii was born through a love of Japanese fashion and culture and a void of artistic fulfillment. They recall: “Growing up, I never shared any of my artwork because I never gave the effort to put my stuff out there.” But through drag performance, Hentaii says they “gained the confidence to finally share these things I’ve been working on and wanting to do for a really long time.”

There’s always a “wow” factor when it comes to Hentaii’s performances – think vagina-esque chest prosthetics and alien babies. But, at the heart of Hentaii’s work, is a desire to create something different, something thought-provoking, and something that leaves the crowd wanting more. But it’s never not Hentaii. As the artist explains: “Some people have a really strong character they become when they get into drag. When I get into drag I don’t become a character but a more amplified version of myself with a lot more energy.”

We follow our drag brothers and sisters on social media. We see them in bars almost nightly. We kiki with them and buy them drinks, but there’s so much more that goes into the personas they create. So, what lies behind Hentaii’s curtain when they exit stage left?

Hentaii is not their birth name. Their daylight name, as we like to call it, is David. Though Hentaii and David are vastly intertwined, there is a divide between the two. “I just wanted to be myself when I started drag,” David tells us, “but sometimes I have to take a step back as Hentaii can be work.”

David finds inspiration outside of drag from fashion, films, other cultures, and even dreams. When they’re not performing as Hentaii, they work as an adult ESL instructor. “America’s immigrant population is the hardest working, kindest, and most honest people I’ve ever met,” says David. “That’s something a lot of people in our country don’t know and aren’t exposed to and aren’t used to being around.”

Hentaii is an artist to keep an eye on in Austin and beyond. Whether it’s through music, makeup, fashion, or drag, they find fulfillment sharing their art. With each outlet, the artist has an intention they want to communicate, but it isn’t always the message that gets across. “Art touches people in different ways,” says Hentaii. “My drive is to share because for so long I didn’t.”

Watch the video for "Magnetic" here:

Let Hentaii share their world with you via Instagram @vestitemusic and Facebook @hentaiiatx.To keep up with the status of their EP, follow their Spotify page here where you can listen to their first two singles “Magnetic” and “Break It Up.”