There is a moment in Obscuro Barroco in which narrator and star Luana Muniz looks out at Rio De Janeiro and says: “Without this city I can’t live.” She describes it as a mutant, always transforming, and goes on: “It is my own figure, my own metamorphosis.” 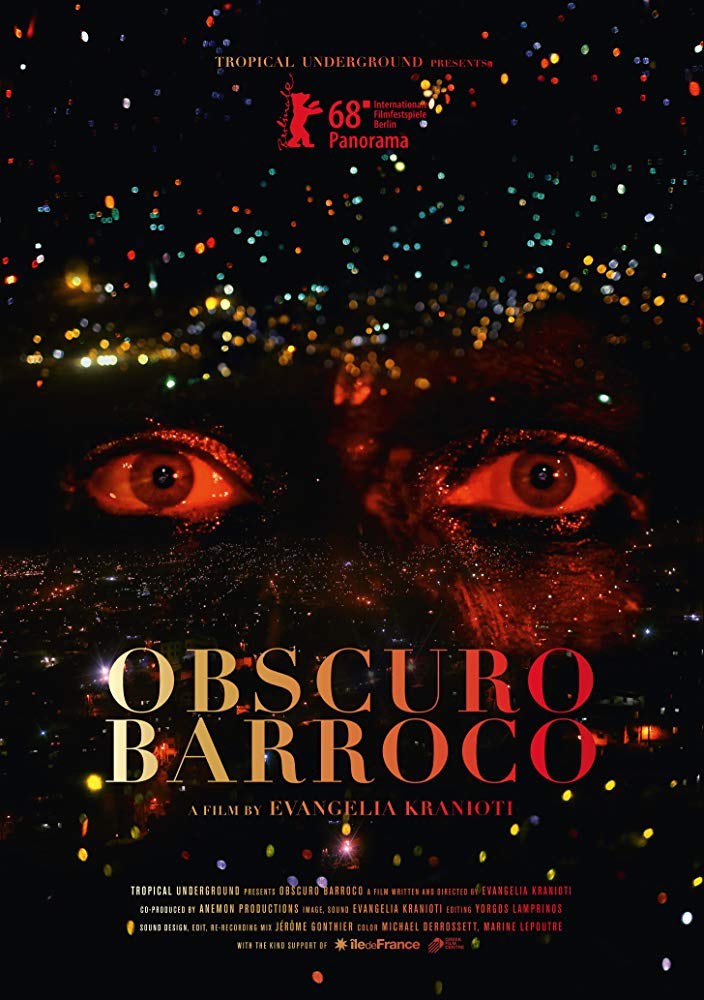 An arresting film by Greek director Evangelia Kranioti, Obscuro Barroco screened Sunday in Austin as part of the second annual Contrast Film Festival during the afternoon series “Brazil in Focus.” Billed as a “documentary-fiction,” Kranioti’s film is about metamorphosis, shapeshifting, and rebirth after death. Luana Muniz, a queer icon in Brazil who died in 2017, says if Rio de Janeiro was a person, it would trans “because it is a fusion of color, of happiness… There is an ease of dissolution and reinvention. A beautiful transvestite.” She jokes, “preferably me.”

Kranioti’s film shows Rio’s secrets of the night. The brash sounds and dazzling colors of Carnival are so striking that it feels like the city will explode with furious celebration. For a few scenes, the constant voiceover of Muniz goes silent, but it returns soon enough. As dancers put on their enormous costumes and little boys rub glitter into each other’s skin, Muniz’s voice reminds us that we all wear masks and adorn ourselves in symbols; it is part of being alive. Much of the language playing over the film is excerpted from the work of Clarice Lispector, the distinguished Brazilian novelist who spent her life in Rio.

Carnival soon ends, but without it the city is no less marvelously strange. Crowds dance in full costume while singing and playing music at a protest against right-wing president Jair Bolsanaro. Trans performers dance in pink body paint at a club together. In one long sequence, they are nude and in darkness except for colorful blacklight paintings on their faces and bodies.

Obscuro Barroco is poetry taking form; it is a feat of language and vision. Luana Muniz tells us that to live outside the confines of gender is to metamorphize – it is to die and be reborn as a new self. “To make a being out of oneself,” she says, “is very serious … Walking in complete darkness in search of ourselves is what we do. Birth. Death. Birth. Like a breathing of the world.”