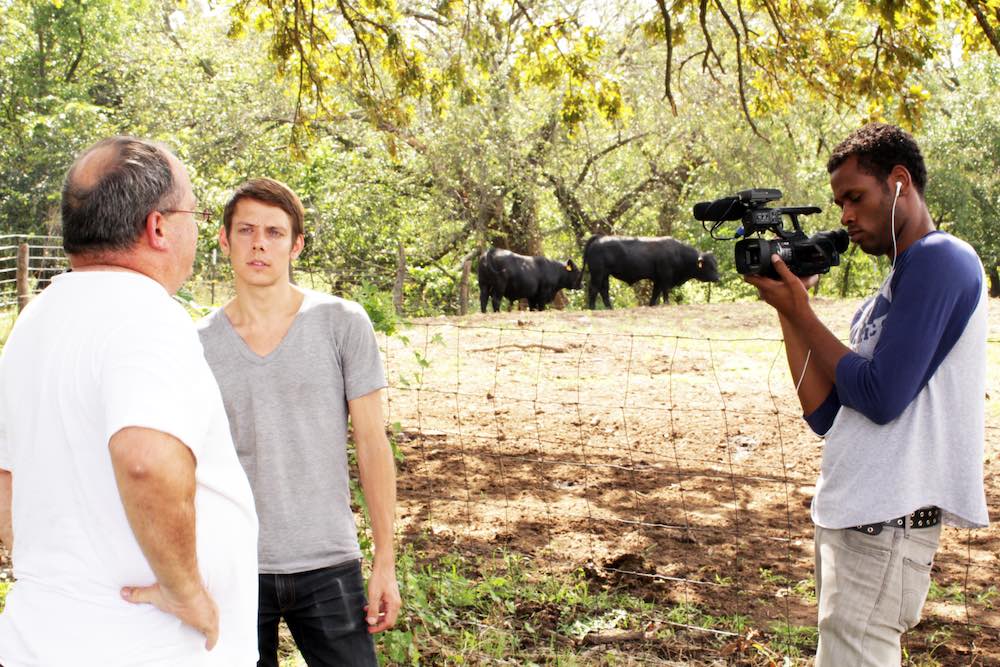 Ten years ago, the I’m From Driftwood crew hit the road with a mission: Travel throughout the country in an effort to capture LGBTQ stories from queers across the U.S.

A decade later, the folks behind the online LGBTQ story archive are putting on a four-city exhibit of their travels to celebrate the milestone. The show kicked off in New York earlier this month, followed by stops in Philadelphia, D.C., and ending in Austin on Wednesday, May 22.

For those who’ve never visited the site, I’m From Driftwood collects and shares first-person stories from LGBTQ folks around the globe to help remind queers everywhere that you’re not alone. The organization’s founder and Executive Director Nathan Manske grew up in Driftwood, TX, before moving to New York 15 years ago where he took a job in advertising, but says it left him wanting more and wanting to do more for the qmmunity.

November 2008 only fanned that flame. Some of us will remember that election when Barrack Obama became president, but in California Proposition 8 passed – eliminating the state’s recently adopted marriage equality rights. Less than a month would pass before Dustin Lance Black’s biopic on Harvey Milk was released. Manske, like many of us, was hit with a wave of emotions that fall. He recalls one photo of Milk, California’s first openly gay public official who was assassinated by Dan White in 1978, holding a sign that read: “I’m From Woodmere, N.Y.”

“It really resonated with me,” explains Manske. “Queer people aren’t just in big cities; I'm not from New York, I’m from this small town named Driftwood.” Manske, realizing he wanted to move the “you are not alone” message forward, worried he wouldn’t be able to throw himself into the project due to his job. Days later he was laid off, which he describes as feeling like the “universe grabbed me by the scruff of the neck.” I’m From Driftwood launched three months later. Ten years later, the site continues to offer weekly video stories from different folks across the Q-landscape and its recently launched a new series with LGBTQ elders. Later this year, Manske says they hope to release a podcast as well. The ultimate goal: Become a global multimedia storytelling agency. 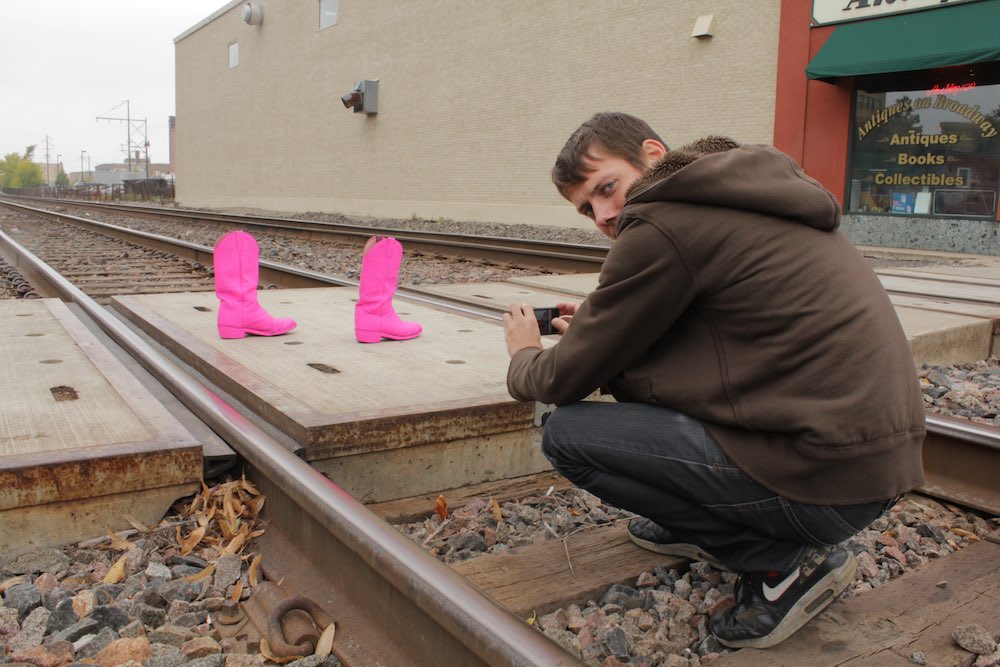 Manske – leaving New York and his Driftwood colleagues on the East Coast – has returned to his Texas roots, having recently relocated to Austin. Which brings us back to Wednesday’s 50 State Story Tour exhibit. The event, says Manske, will feature photos, stories (from queers living in cities and small towns throughout the U.S.), artifacts, and experiences from the crew’s 2010 tour. Though the show is largely photo heavy – they snapped over 10,000 pictures during their travels, Manske says they’ll also display I’m From Driftwood’s iconic pink cowboy boots, which date back to the organization's first ever fundraiser. “We needed a collection bucket, but we wanted to capture both queerness and Texas” recalls Manske, who found the brightly colored boots. “People love them – and loved putting money in them.” Considered a success, the boots went on tour too and were pictured in front of a landmark in each state.

Manske and Co. will also provide a short Q&A during the event to answer some of the most common questions they’re asked. So join the party and help make some new stories.