Queering Puts a New Spin on the Coming Out Story

One minute, you’re just trying to live your best queer life™, and the next thing you know, your mom comes out to you and now she and your best friend are standing in front of your bathroom mirror while your friend demonstrates – for educational purposes, of course – the finer art of oral manipulation when it comes to taking that trip down south. 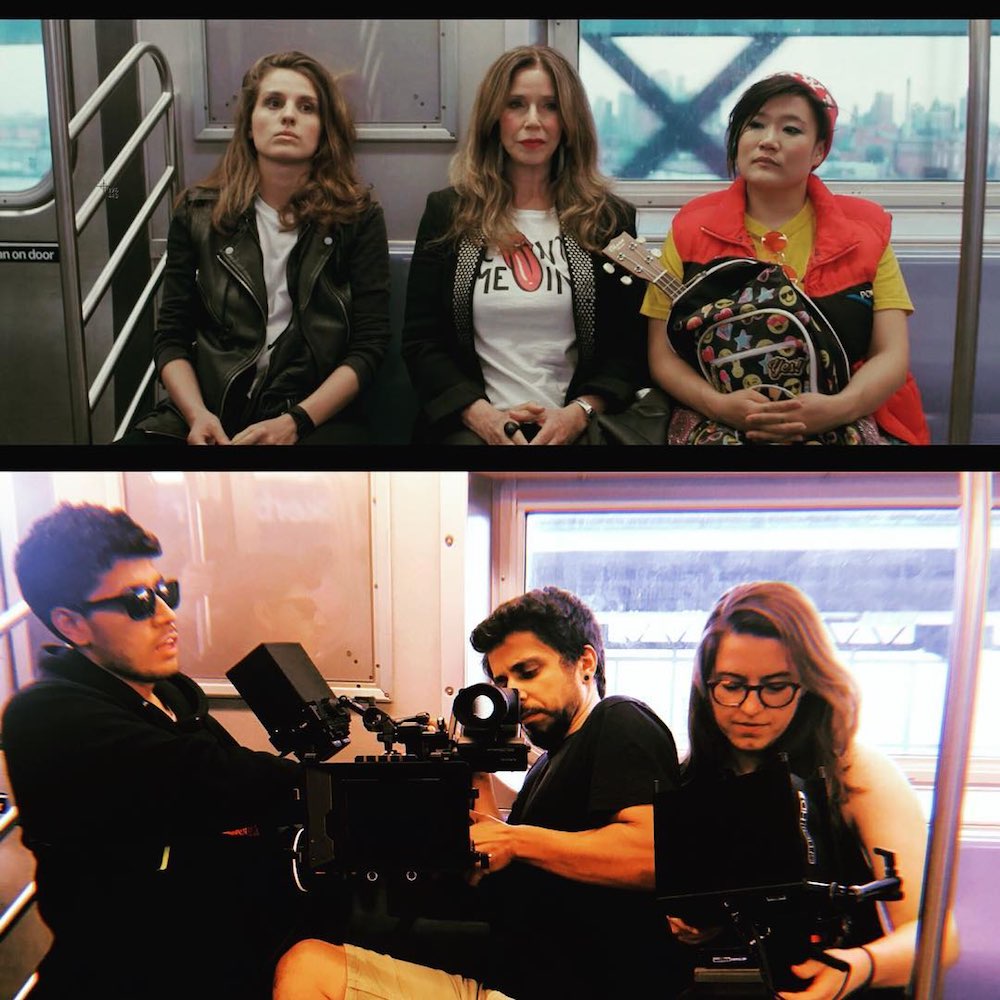 In Queering, Harper (Sophia Grasso), a twentysomething queer city grrrl, receives the surprise of her life when her mom Val (Susan Gallagher) comes out as bisexual – via a massively viral video uploaded to the interwebs – and moves in with Harper. Val is bright-eyed and ready to be immersed within the qmmunity under the sage, if hilarious, guidance of Harper’s queer best friend Devon (Diana Oh). With two seasons currently streaming on YouTube, the web series, written and directed by Leticia De Bortoli, was one of 12 shows to showcase its pilot episode as part of this year’s Episodic Pilot Competition at SXSW.

The show, reveals the series creator to Qmmunity, was partly inspired by De Bortoli’s own coming out to her mom. In the IRL version, however, De Bortoli’s mom didn’t come out in return but instead, reacted pretty negatively. The experience, explains De Bortoli, “builds a wall in the relationship that is really hard to break, and my way to be patient, or understand this new dynamic, was to write this series.” She adds, laughing, “Let’s put all this energy in something positive.”

In an attempt to empathize with her mom, De Bortoli “reversed roles,” imagining if her mom came out to her, and soon realized how much harder it must be to come out when your older. “You don’t see [coming out] stories of especially women, that are bisexual, in their sixties. That must be so fucking hard.” In addition to the intergenerational storyline, De Bortoli also wanted Val to be bi because biphobia, both in and outside the LGBTQ community, remains a problem that’s seldom addressed. As Bortoli explains, bi characters are rarely represented onscreen and, if they are, it’s typically through a negative lens. “People tend to just to erase them,” she says. “If you’re with a woman, you’re a lesbian. If you’re with a man, you’re straight.”

De Bortoli confirmed she’s finished the script for season 3, but says there are currently no concrete plans to shoot it. She added, however, that after attending SXSW – and other festivals – the Queering team is beginning to have “conversations that open our opportunities to partnerships, more funding, and to make bigger episodes.” Still, with two seasons completed, the show has garnered some 2.5 million views and created one of the biggest – and most passionate – fan bases this reporter has ever witnessed.

Scrolling through the YouTube comments, it’s clear Queering resonates with a diverse audience. Many of the comments are in Portuguese, coming from fans in Brazil. De Bortoli, who is Brazilian, says it’s hard to be queer in Brazil and most qmmunity members there are “really hungry” for queer content as there’s little to choose from. While another fan thanked De Bortoli for including Devon, a queer Asian-American character – a storyline seldom seen in shows. Here in Austin, some dozen or so diehard fans showed up at SXSW to meet the cast and crew and the show’s two official screenings were quite well-received. “It’s the best feeling you can have as a filmmaker, that you’re helping people [feel] more included, helping them see they’re part of stories, too.”

You queer, I queer, we all queer for Queering. (Seasons one and two are available for streaming online.)