When an Out Youth employee called 911 to report a youth in crisis, the operator followed standard procedure to dispatch officers, asking the gender of the person in danger: male or female. 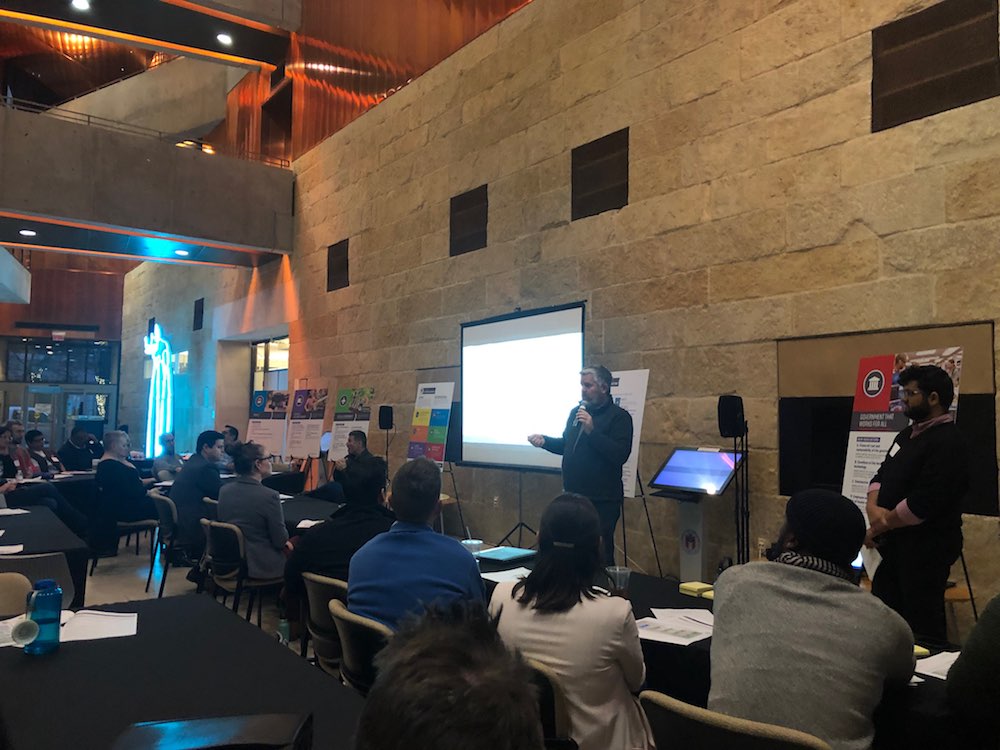 The youth was nonbinary. The operator could not dispatch until the caller chose a gender.

“One, it wastes time.” said Kathryn Gonzales, Out Youth’s Operations and Programs Director. “Two, the person taking the call is not being discriminatory; they’re staring at a computer screen where they have two options and they have to put one in, or else they can’t submit the report. At the end of the day, does it need to be this way? No.”

Community concerns like the city’s lack of trans and nonbinary inclusive procedures regarding services were voiced Wednesday, March 6, at the first community forum of the Austin LGBTQ Quality of Life Commission. The forum, which had roughly 50 attendees, is one of many happening throughout the city to help identify budget requests for the city’s upcoming financial planning for Fiscal Year 2020. LGBTQ Commissioner Awais Azhar explained Austin's (hoped for) six strategic outcomes, which notably include equity, affordability, and sustainability. City officials hope to achieve these goals by focusing on economic opportunity and affordability, mobility, safety, health and environment, culture and lifelong learning, and a government that works for all.

Accessibility was one of the largest issues discussed throughout the evening, specifically for queer people of color and the city’s trans and nonbinary communities.

People brought up unequal access to transportation, facilities, and services for Austin’s Eastside, a part of town disproportionally affected by gentrification and rising property taxes. Other concerned parties addressed city forms and procedures, which fail to account for different gender identities – as the Out Youth situation revealed – or often in healthcare settings when providers are generally unprepared to serve LGBTQ people.

Local ordinances were also a topic of conversation. One speaker detailed how she and her wife were nearly evicted from their home due to a landlord who didn’t want lesbian tenants. The couple, however, was able to stay thanks to a local nondiscrimination ordinance (likely the city's Fair Housing Ordinance, which states everyone will be able "obtain housing without regard to race, color, creed, religion, sex, national origin, disability, student status, marital status, familial status, sexual orientation, gender identity, age, or source of income"). LGBTQ nondiscriminatory ordinances like our housing ordinance have become increasingly popular in Texas’ major cities, such as Austin, Dallas, Houston, and San Antonio, but Texas Senate Bill 15 seeks to largely restrict local government’s authority on employment benefits. As one commissioner explained, this could affect a local government’s authority with other ordinances.

During the meeting, the city’s Deputy Chief Financial Officer Ed Van Eenoo shared Austin’s 2019-2020 budget, explaining the the city is currently in the stage of receiving input from numerous commissions, boards, and community forums – like the queer commission’s Wednesday night event – in order to help them forecast funding. Eenoo said the significance of input from these sources is to understand “which metric is most important for the city to get better at.” The LGBTQ Quality of Life Commission meets monthly. Their next meeting is Monday, March 11, 7pm, at Austin City Hall.