Like the plastic bottle in that “give your garbage another life” commercial, your old sex toy wants a chance at reincarnation, too.

Local queer-owned sex shop Q Toys made just that possible with their longtime toy recycling program. However, within the last few weeks, your Hitachi Wand’s dream of seeing the Pacific à la a park bench have been put on hold, in light of the store shelving the service. 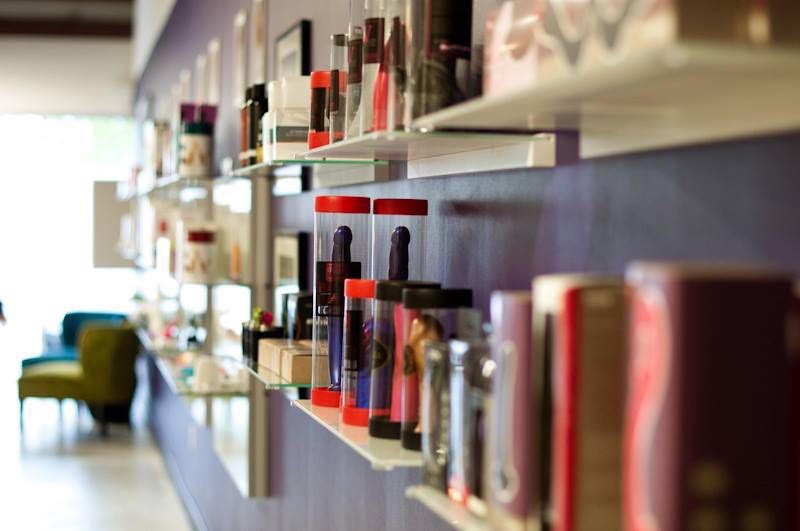 Started six years ago for customers and noncustomers alike, the program recycled any plastic or rubber toys – playthings of the penetrating type, Tengas, c-rings, etc. – including ones with electronic components. While the only restrictions were goods made from leather or glass (that means no shatter-proof glass butt plugs or leather harnesses, folks), Q Toys owner Stephanie Boggs, when speaking to the popularity of the service, says the store “consistently had a large box to send off about every month.”

Within the last year, however, changes in the overseas recycling industry have forced some recycling facilities in the U.S. to shutter operations. In 2018, China launched its “National Sword” policy, effectively banning the import of recyclable plastic materials from the West, where vendors collected recyclable waste, paid for its disassembling, and then sold it to China for a profit. The California-based vendor Q Toys used, says Boggs, was just one of these facilities which, with their biggest client now out of the picture, has since gone out of business. The store’s means of recycling sex toys, then, has disappeared, leaving Q Toys facing significant cost barriers if they wish to continue the program. “Most of the other options involve paying hefty fees to ship our toys to domestic processing facilities.” Complicating matters, most recycling facilities are wary to process items that, at some point or another, have either resided inside a bodily orifice or on or near folks’ nether regions. “Not surprisingly, very few facilities out there are willing to take sex toys, limiting our options even more,” Boggs says.

Just like those La Croix cans you throw in the trash when you’re too tired to walk out to the recycling bin (or not, if you’re less of a lazy human than some of us), sex toys that aren’t recycled only add to our landfills, which, if Wall-E taught us anything, can’t be good in the long run. These changes in the recycling industry will only add to what Boggs sees as an already “tremendous problem with waste in this country,” and while she says Q Toys helped one sex shop in Canada and a few in the U.S. start similar recycling programs, she believes there’s only one store in California still offering the service, though she speculates it comes at a financial loss.

In the meantime, the store has sent out a survey seeking feedback on whether folks would be interested in paying a fee per small bag of toys to keep the program going and if so, how much. They’re also asking for referrals to any vendors that would be willing to recycle sex toys. So far, Boggs says the survey results suggest people “aren’t that anxious to pay a fee for a service they used to get paid for.” (In the past, Q Toys offered a $5 incentive coupon per recycled toy that customers could then put toward the purchase of a new toy.) If the store does bring the program back, Boggs hopes “we can encourage our customers to continue to do the right thing, even without the financial incentive. Or even for a small fee.”

For now, Boggs says Q Toys is “diligently working on other solutions” and that the program will come back eventually, “but it definitely won’t look the same as it does now.” At the very least, she explains, the incentive coupons will be cut, and the store may have to limit the items it takes in. “I opened the store with the mission of pioneering sex toy recycling. “I feel proud that Q Toys was able to do it successfully for as long as we did, and even more proud that other stores were getting on board. We are frustrated, but not daunted by this setback.”

Where Do the Vaccines Go?
Dashboard reveals Black and Latinx residents aren't being reached