What do you do when you’re not expected to live past the age of 35? You snapshot your life to keep a part of you alive. 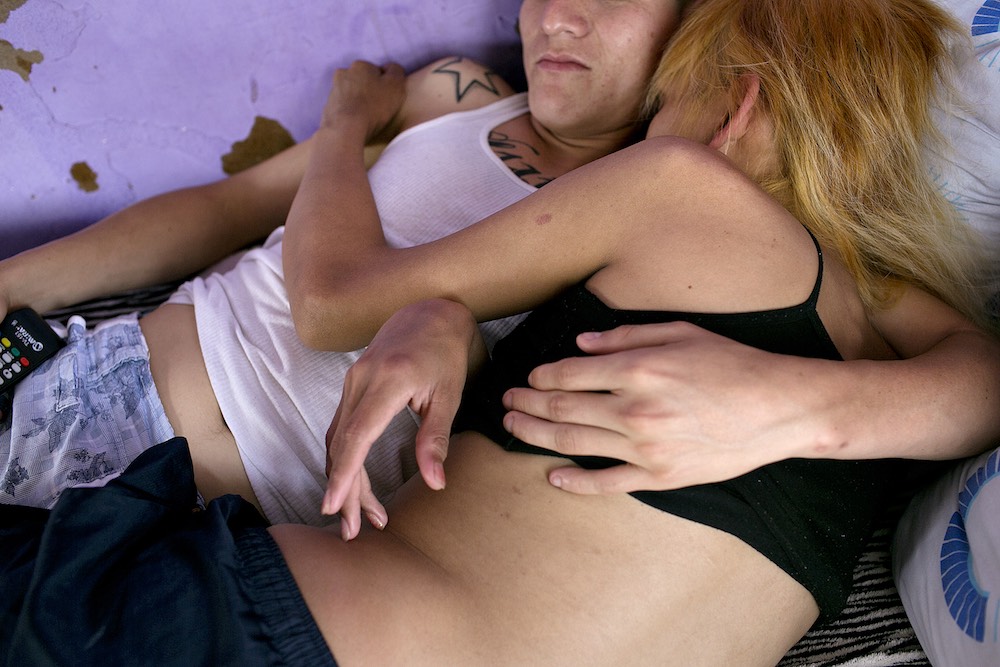 An image from A Light Inside (Photo by Danielle Villasana)

Multiple transgender women were able to do just that with the help of Danielle Villasana, an independent photojournalist who spent three years documenting the lives of trans women in Lima, Peru. Villasana followed the women as they went about their daily lives – facing discrimination and harassment when seeking housing, employment, and healthcare. On Saturday, Feb. 23, Villasana is bringing her photobook A Light Inside to Austin in an effort to share these stories with the greater community.

Villasana started photographing the LGBTQ community when she was a freshman at the UT Austin. Her first project was in 2012, when she followed four different queer families in Texas. One individual, trans activist Nikki Araguz, taught Villasana about the unique experiences faced by the trans community. Later that year, Villasana received a grant through the school to spend the summer documenting Argentina’s trans communities.

Villasana’s road to Peru started the following year, when she moved to the country with a study abroad program. Prior to traveling, she started researching data on trans women and compared it to what she witnessed in Argentina, where gender identity laws have been passed and trans people are legally allowed to change their names and gender markers. Peru does not have the same legal protections. “I kept coming across these horrible statistics,” she told the Chronicle. “Most trans women in Latin America don’t live past 35. I was sort of not expecting to see those numbers and statistics in real life, but after documenting this community for three years it is so true. I’ve seen so much death, a lot of resilience, and a lot of violence towards the trans community.”

While in Peru, Villasana spent most of her time with a close-knit community of women in Lima. Most of them, she says, were sex workers because they were given few opportunities, which left them more vulnerable to violence. Villasana witnessed domestic violence, diseases, and police raids on a “nightly basis.” (According to Amnesty International, seven out of ten attacks on trans women in Peru are committed by police.) Like here in the U.S., trans women in Lima are also susceptible to HIV. According to Villasana, many of the causes from which trans women die are “100 percent preventable,” but due to limited access to healthcare, education, and employment, these issues “snowball and lead to very real consequences.”

That’s why Villasana has made a point to use A Light Inside as an educational resource. Previously, she’s run campaigns in Peru and reached out to people who work in universities and hospitals, distributing her work to the professionals who can help make institutional changes. Recently, after displaying her photo exhibit, Lima’s Hospital Loayza opened up the country’s first consultation area for trans women. “It’s important to use these stories as a way to educate people that transphobia and discrimination is killing these women, and it shouldn’t be this way,” says Villasana.

But she’s not just interested in documenting the hardships these women face; Villasana also wants to show their strength, their hopes and dreams, and the love and friendships that exists within the community. “I think the LGBTQ community in general are some of the strongest people I’ve ever known because of the resilience to stay true to yourself,” Villasana says. “Why deny people the right to a healthy life just because of who they are?”