Lemurs, dancers, and the question: Are queer spaces going extinct?

I’ll be honest; I didn’t expect to like the lemurs.

Going into director Clement Goldberg’s OUR FUTURE ENDS, OUTsider Festival’s 2019 kickoff event described as a multidisciplinary, satirical parable about anthropomorphized lemurs and their colonization-caused extinction, I felt like I’d been thrown into the deep end of a postmodern art pool. 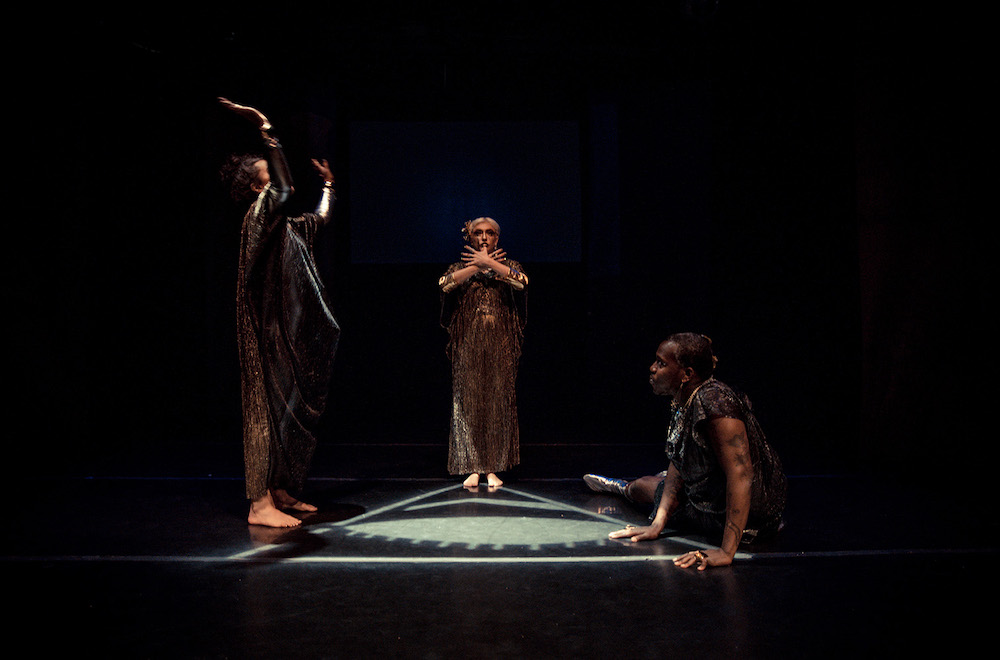 And while there were definitely parts of the performance that I am still making sense of, the deeper parallel and the questions it posed took center stage, along with the unmistakable essence of humanity embodied by both actors and lemurs alike.

As City Council Member Jimmy Flannigan said in his opening remarks – before declaring February 20 to be Austin’s official OUTsider Day (Happy belated OUTsider Day!) – queer art exists to push the limits of how we define the LGBTQ, and how we welcome everyone. And something in this performance, while zooming in on our queerness, simultaneously expanded who we include as everyone, identifying humanness. I mean, if you can find the humanity in stop-animated lemurs, I think you can find the humanity in your neighbor.

The performance utilized lemurs and actors as complementary halves of the human whole. The lemurs – deadpan, slow in cadence, and ever relatable in their self-consciousness – were a literal embodiment of those awkward silences that are so indicatively human. That the entire audience could laugh at them demonstrated a recognition and ability to laugh at ourselves. The actors, best described by their dancing with free-spirited abandon, not necessarily graceful but perhaps what dancing looked like before society defined it, carried our other half. Together, they showcased our duality of stiff and fluid, and always able to be laughed at with humility and always able to hit deeper notes, whether with bluntness or verbal exploration.

The final stage projected a sun-shone orange canyon on screen with the lights flashing and music pleading for someone to move. For minutes on end, it felt like a challenge for some bold, or stupid, audience member to fill the space and dance up there, like the actors had been. And when no one did, and the credits hit the screen as the music died down, I felt a sense of sorrow. There were no lemurs left; they were extinct. There were no people left; they were extinct.

All of this goes into what seems to be Goldberg’s urgent question: Are our queer spaces going extinct? And will we follow?

While OUR FUTURE ENDS is about defining and poking fun at our humanity as well as the colonization and commodification of it, its parallel to queer folk begs the question of our own extinction. More than just a lesson, this performance served as a wake up call and a warning of our fears for the planet and for our queer communities.

OUTsider Festival runs Wed., Feb. 20 through Sun., Feb. 24, (mostly) at the Vortex, 2307 Manor Rd. Badges are available online. Individual tickets are issued 10 minutes before each show after badge holders have been seated. For more on the fest, see our Chron Events listing.