Now in its 11th year, the Bat City Bombshells’ Anti-Valentine’s Day Burlesque Show shimmies into Come and Take It Live this Friday, Feb. 8, 8pm, for an evening of costuming, dance, and – if desired – spanking, all in the name of snapping Cupid’s arrow in half. 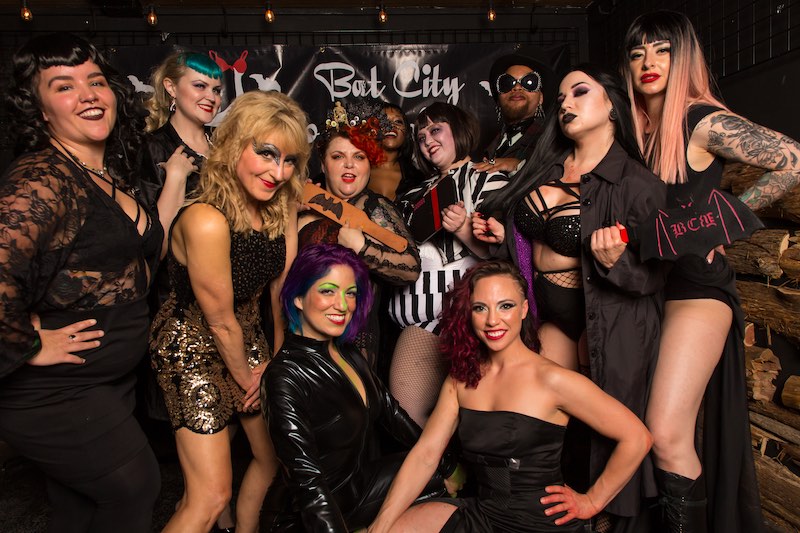 As lore reveals, the first AVD show was the burlesque troupe’s very first show back in 2008. Convening at the 21st Street Co-op, a group of friends united by their interest in “the art of burlesque” gathered weekly to share ideas, costuming advice, and choreography. Sick of traditional Valentine’s fare, they decided to throw a burlesque show with the goal of sticking it to the Hallmark holiday and the overly romanticized expectation it entails.

“The AVD show originally started as a means to provide relief for those that didn’t care to celebrate this particular saccharine romantic holiday,” says co-producers Sherry Bomb, Dolce Dream, and Belladonna Darling, who all provided input via email. Instead, through performances that played with “different concepts of love and empowerment,” the newfound burlesque crew wanted to create an evening that flashed the “middle finger to those romantic expectations put on us,” and ultimately empower folks to “love themselves.”

Since its inception, the annual show has grown into the group’s biggest event of the year (second only to Halloween, of course), spotlighting old and new members alike. In fact, Sherry Bomb and Dolce Dream, who were present at the first AVD show, will perform this Friday, in addition to brand-spankin’-new performances by the newest Bombshells Katetastrophe and Mistress Moon. (Though founding member and Forbidden Fruit resident sexpert Jonny Reynolds, aka Miss Calazoria, won’t be gracing the stage this week, we’re told Reynolds remains an integral part of the troupe and will be running Friday’s sound and lighting.) 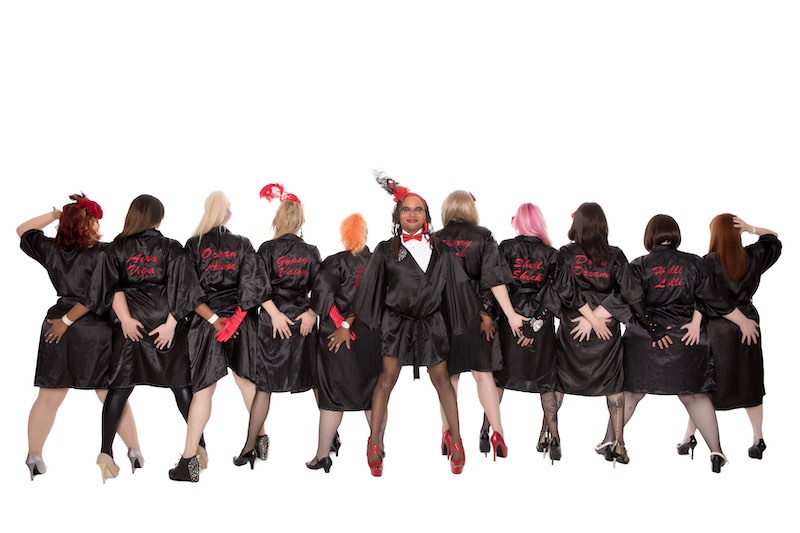 The show’s program has evolved to feature their ever-popular post-show spankings, in which audience members get the chance to be dealt some “love-smacks” by their favorite Bombshell. Likewise, the Bat City Bombshells have grown into their unique style, which is to say no “set” style at all. “Our audience will never really know what to expect.” BCB clarifies, “Within our troupe, we have a diverse array of performers and styles. ... [including] performers who are theatrical, comedic, sensual, broadway inspired, or kitschy.”

Burlesque has long since held a special place in the hearts of Austin’s qmmunity. Bat City’s performers believe that’s largely due to the local burlesque community’s emphasis on inclusivity, whether that be with a multifarious medley of performers or a diverse audience. The group says they make an effort to be inclusive of all genders and sexualities when reaching out to guest performers, adding that their shows are safe spaces for performers and audiences of all bodies, genders, races, and sexualities. “Although this may not be a true blanket statement for the burlesque community throughout the world, the Austin community has a particularly strong belief that inclusivity makes our art better, and our industry stronger,” they explain. “We’ve all gravitated to this performance art that not only lets us be ourselves and celebrate our bodies (which is not possible in so many spaces), but also has people who want to celebrate along with us.”

But just because burlesque celebrates the carnal, doesn't mean the Bat City Bombshells take the stage solely for the audience's sexual gratification. "Many new people tend to go into a show thinking it's all about getting the audience aroused, or that it’s only about the sexual component," they reveal. "But there is so much more to it, and if you’re just there to 'get your rocks off,' you may find something completely different than you expect."