Musician-performer on new beginnings and his new country band

Benjamin Violet can’t seem to quit Austin. He came, then came back, but somewhere in between did a ten-year stint in the Pacific Northwest, got married, got divorced, and had a musical reinvention. 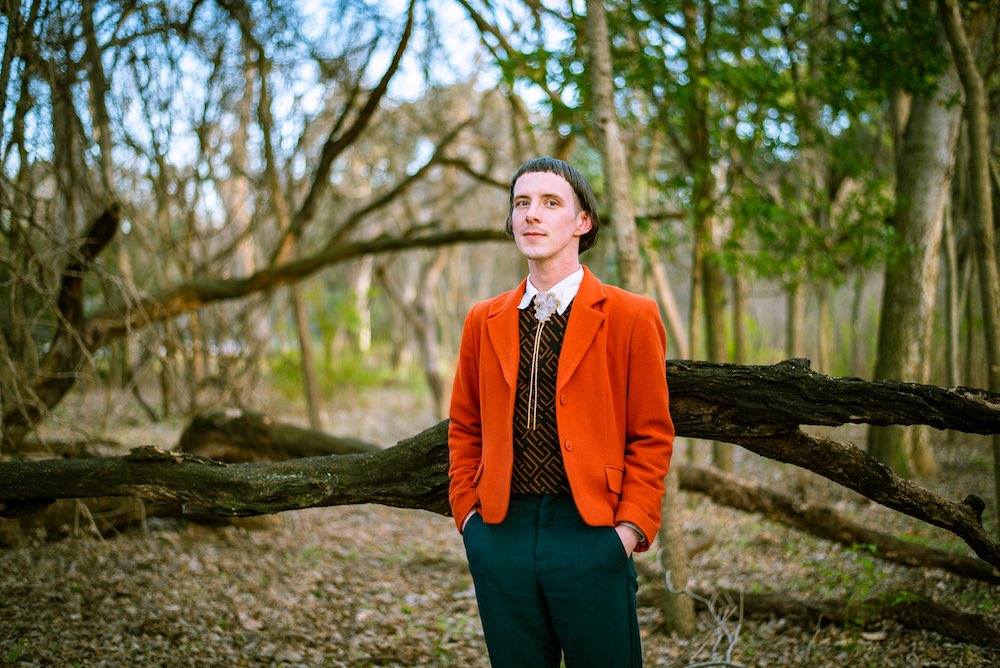 Before embarking on that journey, though, there came the local musician-performer’s childhood in South Austin, where he was homeschooled up until high school. “When you’re homeschooled, it’s really cool and also kinda shitty, because you have zero concept of anything,” Violet confesses. “I didn’t know who David Bowie was.” Yet, that “zero concept of cool,” allowed him to explore music, pop culture, and self-expression on his own terms, all the while attending a private Christian high school. Still, it’s difficult for Violet to describe his experience being queer at a Christian school, a topic, he says, “there’s not much of a narrative to.” He explains, “I struggle with knowing how to answer that because I didn’t have the language at the time.” He sums up, “It was isolating,” relaying that he was sometimes called names, “but I never felt like I was in danger; it was pretty microaggression-y.”

Exposed to music besides the contemporary Christian he’d grown up listening to, Violet quickly became a newfound fan of second and third wave emo scenesters, like woeful KC outfit the Get Up Kids and the jaded acoustics of Dashboard Confessional.

Violet, emboldened, joined his first band, (“a piano-driven emo band, very Something Corporate,” he describes), graduated high school, and – in pursuit of a relationship, higher education, and making music – set his eyes on Seattle. In one hand, a degree in illustration, the other taking his partner’s in marriage. That relationship, however, soon soured into a divorce. “Everything was freaking me out,” he recollects of the ensuing aftermath. “I was going through panic attacks all of the time.” Violet, along with two friends that had moved from Austin to Seattle along with him – ANDY bandmates Ava Cole and Erin Resso – decided it was time for a change of scenery; a voyage back to where it all began. Violet insists returning to the capital city was the best decision he’s ever made – describing it as “the nicest thing I ever did for myself.” But he admits, it took a lot of convincing. In Seattle, Violet says he felt “put on the shelf,” musically and socially: People weren’t receptive to his music, and he struggled fitting in with the local LGBTQ community. His last two years in Austin, however, couldn’t be more different, or queerer. He’s found a sense of qmmunity at local events like Lesbian Wedding, joined the ranks of Lizzy Lehman’s Carry Illinois, and continues making music with synth trio ANDY. “That band,” he explains, for those curious, “is a fake spiritual experience, but I also want people to shake their butts and have a nice time.”

These days, Violet’s investing most of his energy into his new country band Pelvis Wrestley. Comprised of Sun June’s Sarah Schultz, Behnam Arzaghi, Daphne Tunes’ Santiago Dietche, and Hannah McVay, the group is currently recording their debut album with local pop outfit Smiile’s Jake Miles, who, incidentally, grew up on the same street as Violet. “Reconnecting with him was really special and magical,” says Violet. “It’s just so cool to see people you’ve known for such a long time turn out to be amazing human beings.”

Violet’s journey home has been nothing less than reinventive. “It feels like there’s this 15-year intermission in my life, where it was an entirely different world – like a self-contained little world – that I liked and it was really fun to be in,” contemplates Violet. “Now I’m on the other side of it. … It’s a really weird feeling.” But a little weirdness can be good, right? Violet thinks so. “It feels great,” he sighs, then assures again, “It feels great, honestly.”

Benjamin Violet takes over Cheer Up Charlies on Tuesday, Jan. 29, at 8pm, with performances by Carry Illinois and Pelvis Wrestley. Sorry kiddos, it's 21 and up.