Fiore De Henriquez Is In Love With Clay

Unless you’ve experienced Fiore De Henriquez’s eccentricities firsthand or knew someone who did, you’ve likely never heard of her.

The Italian sculptor’s laundry list of foibles encompass an affinity for seducing married women, lifting her shirt when confronted by those questioning her gender identity, and allegedly once stealing $10,000 from a friend to start her artists’ colony, Peralta. 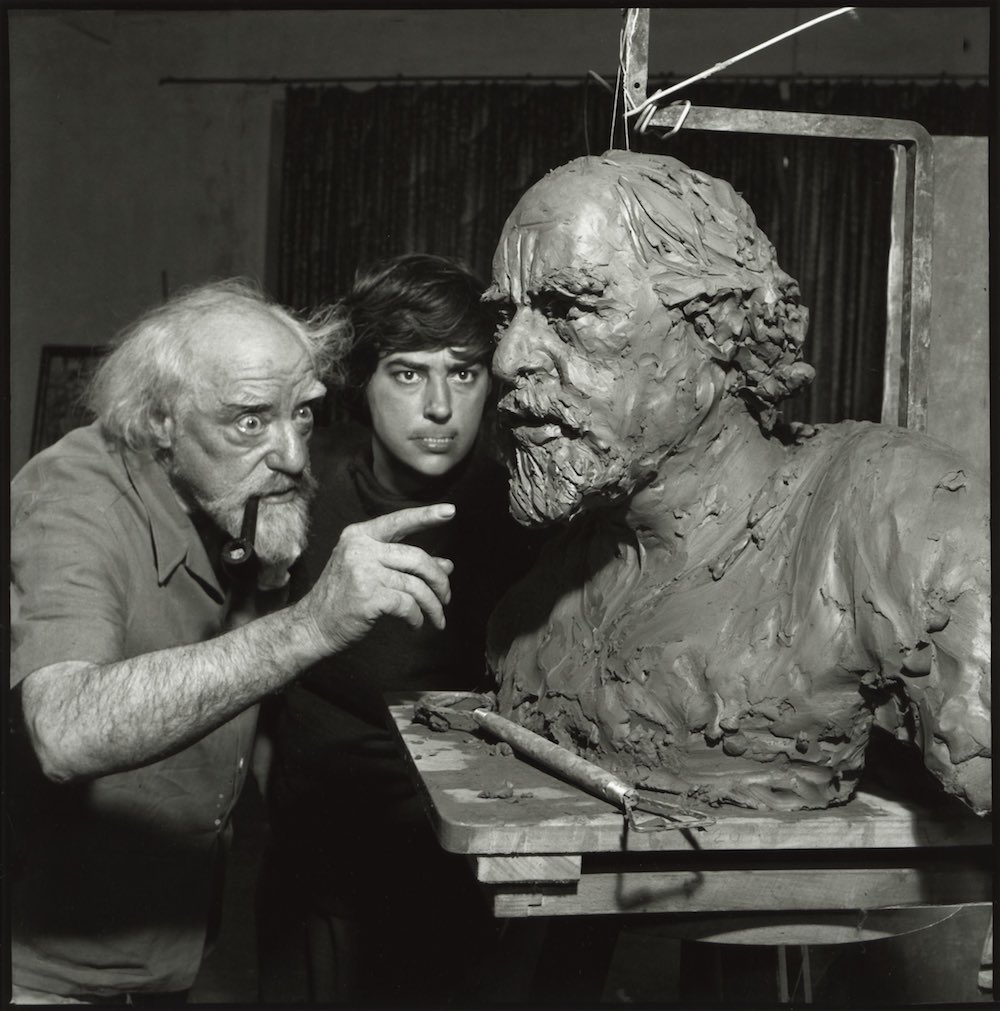 It was larger-than-life tales not unlike these that initially inspired Richard Whymark to capture De Henriquez on film. Her prolific career, spanning from the late Forties to her death in 2004, and extraordinary life is the subject of the API Productions producer/director’s new documentary, Fiore: In Love With Clay, making its U.S. premiere in Austin this Sun., Jan. 20.

The local videographer – who’s lent his visual skills to Kat Candler’s 2006 much-lauded Jumping Off Bridges and (now-defunct) online concert video series the Good Music Club – recalls his earliest exposure to De Henriquez through his wife, whose father owned an art gallery in Washington, D.C., and family considered the sculptor a friend. “They would tell me stories about this artist who would visit from Italy,” he explains. “[For example,] Fiore would get somewhat frustrated at the airport when people referred to her as ‘sir,’ and her reaction would be,” he pauses, searching for the right descriptor, “rather aggressive.”

Friends of the sculptor, interviewed in Fiore, speculate the source of these frequent confrontations might be traced to the artist’s androgynous fashion style (shapeless tunics, and sometimes suits), or possibly her course, deep voice or dark mustache. De Henriquez was born intersex – that is, someone who’s born with sex characteristics that can't be classified as typically male or female. As Whymark’s doc reveals, De Henriquez was open about her intersexness to those within her inner circle, but not to the press, which had started to take notice of her work after she moved to England in the late Forties. “She had to stay somewhat private when she was alive because she didn't want the British tabloid press to get hold of the fact that she was intersex,” says Whymark. “The Sun and the Daily Mirror and all those newspapers would have just taken her to task.”

Biographer Jan Marsh, who’s featured in the doc, believes De Henriquez’s aloofness to be one of the reasons her life and work have remained relatively obscure, despite her casting portrait sculptures of the Queen Mother and U.S. President John F. Kennedy. Still, Whymark says one of the key challenges – and goals – of making Fiore was not sensationalizing De Henriquez being intersex. “If you look at her obituaries,” he explains. “It seems like… [De Henriquez being] intersex was really pushed to the fore. And I wanted to avoid making that a big spotlight and treat it with sensitivity.”

That process involved only interviewing those who’d known De Henriquez personally. It turned into a ten-year journey – taking Whymark across Italy, England, France, Canada, and the U.S. – plus a massive edit following feedback from a 2014 screening of an early version in Peralta. “Because when you're that deep into a story, you can't know if you're presenting someone's life in the right way.” He considered, at one point, interviewing a medical expert about De Henriquez’s surgery and brief hormone treatment, but ultimately nixed it. He says, “The more I thought about it, the more it felt like that person would sort of be an interloper in the story.” (Over the course of 20 years, Whymark hypothesizes, De Henriquez opted for hormone treatment and eventually surgery. However, beginning in the latter half of the 20th century, countless intersex folks received nonconsensual surgical and medical procedures – a controversial practice that still continues today.)

Whymark says he’s looking into screening the film across the U.S. following its Austin premiere, a long way from when he first pitched it to PBS and they told him no, citing De Henriquez wasn’t “famous” enough for broad appeal. For now, he hopes Fiore will help fill the gap that has long since gone unfilled regarding telling the story of Fiore De Henriquez. His ultimate hope: to “put forward a reasonable picture of who she was.”