Latest round of speakers include Laura Jane Grace and Lance Bass

South by Southwest 2019 is already looking rather queer. This morning, the multifaceted festival released their latest round of keynote and featured speakers and two prominent LGBTQ icons find their names on this list: Laura Jane Grace and Lance Bass. 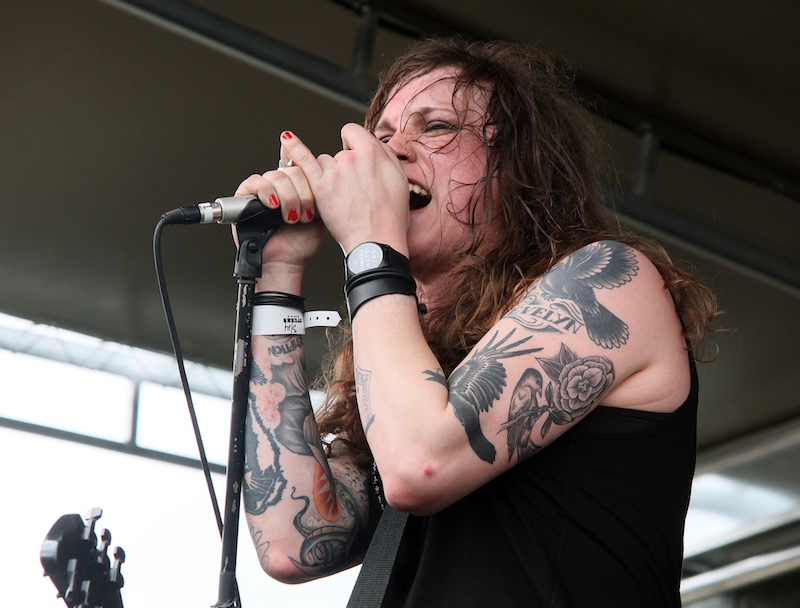 Laura Jane Grace leading Against Me! at SXSW 2014 (Photo by Shelley Hiam)

Grace – who many know, love, and idolize from Against Me! – is also an author and activist with what SX dubs a “defiant career” spanning two decades. She’s been outspoken about trans issues and gender dysphoria since coming out as a trans woman in 2012 (and even before that if you listen closely to her Against Me! lyrics). Earlier this month, Grace’s side project Laura Jane Grace & the Devouring Mothers released a new album Brought to Rot. Aside from speaking, Grace is also slated to perform with the new act at the festival. In fact, she was one of the initial artists named in October.

Though the former boy band star made his name as part of 'N Sync, Bass, who came out publicly in 2006, has a longer list of talents including actor, producer, writer, entrepreneur, philanthropist, and aspiring astronaut. According to SX, it’s his passion for producing – his name is behind several documentaries, an E! Special, and a handful of TV shows – that brings him to the 2019 festival.

Grace and Bass share a roster with film keynotes Jessica Billhart and Marti Noxon (the executive producer of the Netflix hit The Chilling Adventures of Sabrina), Shirley Manson of Garbage, Elisabeth Moss, Trevor Noah, and Busy Philipps to name a few. (Oh, and did we mention, Qmmunity editor Sarah Marloff will be speaking on a panel about creating space for queer women with Austin's Lesbutante and the Boss and dapperQ's Anita Dolce Vita? That's happening, too.) This year’s SXSW runs March 8-17, 2019.